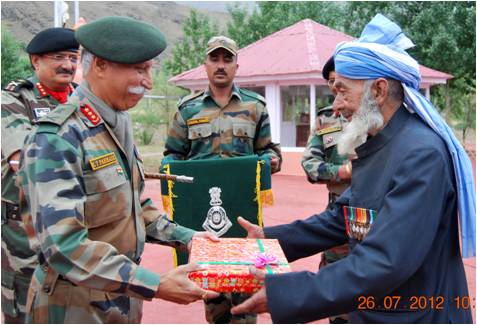 On July, 13, every year, the Kashmir valley celebrates what is termed as the martyr’s day. This is to commemorate such political protestors, who lost their lives in a firing by troops of Maharaja Hari Singh on July, 13, 1931. Every year the incident is remembered with a general closure and functions organised by various political parties,, especially the National Conference. Chief Ministers of the State, regardless of their political affiliations pay tributes to those who lost their lives in the incident. There is enough reason, legally and politically, to challenge the veracity of claiming that those who lost their lives were martyrs. It can be said that they were unfortunate victims of excessive use of force by the authorities at that point in time but to call them martyrs in a national cause may not be tenable. Nevertheless, one does not resent the sentiments that are behind these emotions and the attendant functions held on this day.

What, however, is galling is that in the same month the Indian army, by successfully winning the Kargil War on July, 26, 1999, re-established the territorial integrity of the Nation. The Kargil war was one of epic proportions in which 550 Indian soldiers belonging to all corners of the nation sacrificed their lives and attained martyrdom. The Army restored the dignity and security of the Nation; more so the State of Jammu and Kashmir of which Kargil is an integral part. Yet, year after year, the government of Jammu and Kashmir fails to acknowledge the valour and sacrifice of the heroes of the Kargil war even though the rest of the Nation comes forth to do the same with un-abounded fervour.

Notwithstanding the blinkered attitude of the State government, on July, 26, 2012, rich tributes were paid to martyrs on the thirteenth anniversary of ‘Operation Vijay” signifying the glorious victory of Indian Armed Forces in the 1999 Kargil War. The proceedings of the day began with a solemn wreath laying ceremony at the Operation Vijay War Memorial at Dras, Kargil, led by Lt General KT Parnaik, General Officer Commanding-in-Chief, Northern Command. Wreaths were also laid by retired officers, gallantry award winners as well as family members of the valiant martyrs, while in an impressive fly past Army Aviation helicopters showered flower petals over the war memorial.

This was followed by a sainik sammelan, wherein, Lt General Parnaik recalled how the Armed Forces, undaunted by the adverse terrain and extreme weather conditions, rose to the occasion during ‘Operation Vijay’ to safeguard the honour and territorial integrity of the Nation. He called upon all ranks to draw inspiration from the unity of purpose, steely resolve and spirit of sacrifice, displayed by our men and continue to strive hard in pursuit of excellence to raise the standards set. The sainik sammelan concluded with honouring of veer naaris (war widows) and next of kin of the martyrs.

Not to be left behind in patriotic fervor, the trio of Shankar, Ehsan and Loy, well known music directors of the Indian film industry, organised an entertainment programme. They paid rich tribute to the martyrs through their soulful performance. The artists with the gaiety, intensity and variety of their performance, captivated the audience. It was a lively event with a patriotic theme. The evening celebrations were marked with a mass band display. This was followed by a memorial service in which candles and lamps were lit up at the war memorial in a tribute to the fallen heroes. In a befitting finale, the event was rounded up with Son-et’-Lumiere’, a light and sound show on Operation Vijay.

By taking an obtuse and insensitive stand the government of Jammu and Kashmir gives out a clear message that it does not care much for its constituency of Kargil which was saved from foreign mercenaries on this day by the Indian Army. With a parochial attitude of this nature the political establishment in Jammu and Kashmir does not exhibit any potential in dealing with the problems of integration, insecurity and instability that the State is presenting facing. One can only hope that by next year good sense will prevail and the government of Jammu and Kashmir will be seen in the forefront for organising commemoration of those heroes who came forward as saviours of the people of the state at a time of extreme distress.