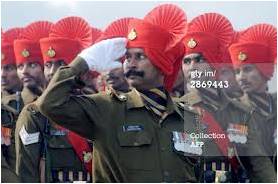 Information has become a very potent forces multiplier in the modern era; every facet of life from professional to social to personal is, in some way or the other, dependent upon the receipt and communication of information. Since media is the primary source of communication, its importance has increased manifold and so has its responsibility.

In the domain of defence and security, information has now been accepted as a principle of war. Accordingly, the role of media in this regard is also accepted as being one of importance and prominence. At every stage of engagement, during war and peace, with an adversary or a potential adversary or even a military ally, it is information passed through the media which keeps the nation informed and involved in the proceedings.

The general public of every nation, more so in India, is very sensitive to the manner in which its armed forces are projected. They are very interested in knowledge about the state of their forces and morale of their soldiers since this gives to them an assurance that they are safe and secure. The Indian public also shares a unique bond with the soldiers of the country who are given respect and adulation for the noble work that they do. Any slur on the good name of the soldiers is taken very seriously and has a cascading effect on the national psyche. This increases the responsibility of the media to report on defence and security affairs not only truthfully but also with a reasonable amount of circumspection.

How the media can play a positive role was recently exemplified by the manner in which the dastardly act of killing and mutilation of our two brave soldiers on the line of control by the Pakistani army was reported. The entire nation expressed its revulsion at the barbaric act of our neighbours; the revulsion was conveyed across the world by the media in a most effective manner.

The need to maintain the morale of the force under the prevailing circumstances was also carried out by the media in a sensitive manner. On January, 16, 2013, the army chief, General Bikram Singh visited the family of Lance Naik Hem Raj who had been killed by the Pakistanis in the aforementioned brutal attack. On January, 18, 2013, the army chief visited the family of the second soldier Lance Naik Sudhakar Singh also. The twin visits, covered extensively by the media, sent a strong positive signal about the bond that exists within the soldiering community. In a poignant statement the widow of Lance Naik Sudhakar Singh said that she would be happy if her son also follows the footsteps of his martyred father and joins the army. The courage shown by the lady displayed the inherent strength of the Indian army and the mettle that Indians are made of. The entire sequence was put in perspective by the media to send a strong message across the world that India would not take such acts lying down.

While the media put its best foot forward in the incident quoted above, in recent days, another incident has thrown up a different type of treatment all together. The case pertains to one Subedar Major (retired) Rajendra Singh Shekhawat who died of brain stroke in a military hospital in Delhi in July, 2012.The deceased soldier had come on retirement on March 31, 2012. A few newspapers and magazines have recently carried a statement by the son of the deceased soldier attributing the brain stroke to pressure being put on his father by a senior general of the Indian army.

This is a very serious allegation that puts a huge question mark on the very bond within the soldiering community so well projected only a few months earlier. In view of the seriousness of the allegation the media would have been expected to carry out a deeper research and a more professional treatment. If the statement of the son of the deceased that puts a slur on the good name of a senior army officer was to be carried, the point of view of the said general also should have been carried in the same piece. Also, the hospital authorities should have been requested to given an opinion to see whether it supported the contention made by the son or not.

A subedar major is the highest rank that a non commissioned soldier can attain in his cadre. There is only one subedar major in a unit of around one thousand soldiers. For a soldier to retire from this rank is a very big achievement that late Subedar Major (retired) Rajendar Singh Shekawat attained and then retired with dignity. The general officer in question was in service when his superannuation took place; that his stature was maintained despite there being some problems in his record of service indicates that no one held any mala fide intention against him. It would be fair to assume that the deceased soldier was very proud of his achievement; so where lies the problem? What more could he have asked for? Further, what possible pressure can a serving soldier put on someone who has retired?

No soldier would like to believe that one of his deceased comrades who had reached the highest rank of Subedar Major would be so weak as to get a brain stroke due to external pressure. Soldiers relate only to guts and glory of the type displayed by the widow of Lance Naik Sudhakar Singh. These things are being said when the esteemed soldier is no more and cannot defend himself. If he could, chances are that he would have stoutly denied all such frivolous allegations. It is the sacred responsibility of the media to ensure that information, the biggest force multiplier with regard to defense and security is not put to use in a frivolous and subjective manner. More than the individual it is the great institution of the Indian army which suffers.