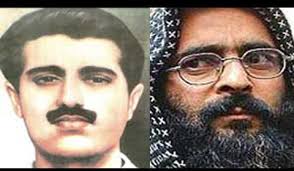 The month of February is of great propagandist value for the Kashmiri separatists and their masters sitting in Pakistan. The month starts with the sham of the Kashmir Solidarity Day that Pakistan has been observing as an annual ritual since 1990, on 05 February. The stated objective of this sham is to support the so-called struggle of the people of Jammu and Kashmir towards self-determination.  The actual intention is downright propaganda.

As the sham culminates, the separatists are put to task by their Pakistani masters to orchestrate a disgusting exploitation of the deaths of Maqbool Bhat and Afzal Guru by creating a political disruption in Kashmir that raises passions. The rituals are supported from across the border with a spike in ceasefire violations and terrorist strikes in the hinterland.

This year has been no different!

Pakistan has been ceaselessly and blatantly violating the ceasefire along the Line of Control (LOC) and the International Border (IB) for almost two weeks now. In one such attack the Indian forces lost one brave officer and two soldiers.

Terrorist activity in Kashmir has also seen a fair degree of reactivation during this period! A terrorist attack on a hospital is Kashmir led to the death of two Policemen and the fleeing of a terrorist, Naveed Jatt alias Abu Hanzallah, who is of Pakistani origin.

Responsibility for causing social disruption and spreading obnoxious propaganda has fallen, this year, on the shoulders of Yasin Malik and his miserable party, the Jammu and Kashmir Liberation Front (JKLF). Supporting him is Syed Geelani who can never stay away from any such activity that gives to him some publicity.

As usual, these fringe elements have attempted to march from Lal Chowk to the United Nations (UNMOGIP) office at Sonwar to submit some sort of a memorandum to the United Nations, an exercise whose worthlessness has been established since many decades. Their pathetic efforts have been covered by such segments of the media in Kashmir that is captive to the Pakistani establishment.

Yasin Malik has the temerity to suggest that the so-called movement will witness protest programs across the globe. A laughable assertion since it is well known that nobody outside these few and petty Kashmir based organisation has the least interest in the matter.

In fact, the so-called movement has not generated much response from within the separatist camp also. Mirwaiz Umar Farooq and a large number of separatist leaders have remained silent on the subject.

The so-called fans of Afzal Guru, who are now screaming their lungs out,  were nowhere to be seen when he needed them the most? Those who are bending backwards to show allegiance with him did not raise a finger in his support while he was alive. They did not deem it necessary to provide Guru with the legal aid that he required while his case was being tried in court.

Maqbool Bhat entered the political arena of Kashmir with an ideology of Jammu and Kashmir existing as an independent state. Being young and impressionable, he came under the devious spell of Pakistan. He and his friends generated anti-India propaganda and committed a number of crimes, including hijacking and murder.

Since Maqbool Bhat spoke more and more about an independent Kashmir, free from both India and Pakistan, he became persona non grata for the Pakistani military establishment. He was forced to flee from Pakistan Occupied Kashmir (POK) back to Jammu and Kashmir where he was arrested for his crimes, tried as per law and sentenced to death.  So the very Pakistan that is now paying handsomely to use his name for propaganda forsook him when he was in need of support.

The paid media in Kashmir is attempting to create a fear psychosis by suggesting that security forces in Kashmir are worried about lethal attacks by the terrorist organisation Jaish-e-Mohammad in the time period coinciding with the death anniversary of Maqbool Bhat and Afzal Guru.

Noting could be further from the truth! Jammu and Kashmir Police and the Intelligence Bureau have issued an advisory recommending a state of alert on the basis of credible inputs about Pakistan and its proxies creating trouble in the LOC/IB and the hinterland. There is nothing new in the intentions of Pakistan so there is nothing to be worried about.

The advisory will ensure that the security forces are fully geared to crush whatever misadventure the terrorists and their masters plan to churn out. In fact, a strike will be welcomed by the security forces since it will provide to them an opportunity to send some more terrorist scumbags to the hell that is waiting from them.

The people of Kashmir no longer hold the conviction that the separatists are genuine in their regard for Afzal Guru and Maqbool Bhat since they are brought out of the closet with an eerie regularity every year in the month of February and forgotten as soon as the Bandh and the march to the UNMOGIP are over and done with.

The folly of misguided ideologies of both Maqbool Bhat and Afzal Guru is very visible in contemporary Kashmir that is rooting for democracy and freedom as a part of India, the largest democracy of the world. Today, separatist organisations like the Hurriyat are facing a potent threat of being politically marginalised and are invoking the names of Bhat and Guru only to save themselves. They have made no attempt to ameliorate the emotional suffering of the families of the two for whom they profess undying respect and loyalty.

It is time to neutralise those who are making millions by politically exploiting the death of Maqbool Bhat and Afzal Guru. It is time to derail their evil agenda of using misinformation as a tool to soil the minds of the younger generation and drive them towards a self-destructive path.  It is equally important for the people of Kashmir to ensure that their young boys do not become prey to Pakistan’s vicious propaganda.

(Jaibans Singh is a reputed writer and commentator)