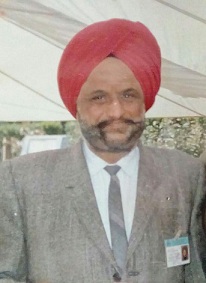 The frontier town of Uri in Kashmir is in the news due to a cowardly attack by terrorists on a logistic base of the Indian Army. This has been followed by another terror strike in Baramulla on a co-located army-BSF camp. .

The environment is getting overwhelmed with doomsday predictions and war clouds. Under these grim circumstances, it needs to be kept in mind that the Uri-Baramulla, the rest of the Kashmir Valley and the larger region of the state of Jammu and Kashmir have faced many challenges from terrorists and terrorism related activities over the last several decades and have emerged stronger after every such challenge.

A two and a half decade old story comes to mind when the narrative of Uri comes up for discussion.

In October 1989, when terrorism in the Kashmir Valley the government commissioned a hydro electric project named the Uri Dam. The Project was awarded to the National Hydroelectric Power Corporation (NHPC) in association with a European Consortium.

As luck would have it the project almost coincided with the advent of foreign sponsored terrorism in the region.

In March 1991, two Swedish Engineers Jan Ole Loman and Johan Janson were kidnapped by foreign terrorists. They managed to escape from the custody of the terrorists after 97 days in captivity. This incident and a few more almost put the nail on the coffin of the ambitious project.

It was the courage and perseverance of a few project leaders that the work continued and the project was completed.

One among them was Major GS Gothra, who had earlier served with the Madras Engineer Regiment (Sappers) and was later absorbed in the NHPC. In 1991, when the project was gasping for breath, Major Gothra was posted from the Dul Hasti project to this venture to take charge as Chief Engineer.

At that stage, the Kashmir Valley was enveloped in a pall of gloom due to indiscriminate killing of government officials by terrorists. Slightly before Major Gothra was assigned to the project, Shri HL Khera, General Manager, HMT, Srinagar, had been abducted, tortured and put to death. This was just one of the many killings that took place during that awful period.

When Major Gothra was posted to the project, the few employees left there, including his personal secretary Shri Lekh Ram were of the opinion that he would function from Jammu as was the trend.

Major Gothra, however, was made of sterner stuff. He surprised everybody by reporting for duty and started looking around for accommodation.

He was given threats by terrorists and he responded by leaving the security of Khojabagh and getting staying in the project site itself.

Major Gothra maintained the highest standard of public propriety and developed personal relations with the staff and workers of the project. This attitude won for him the affection and respect of the locals.

Two instances as quoted by his personal secretary, Shri Lekh Ram, are significant. During the land acquisition process a landowner went to court and got sanction for his land  to be acquired at a rate higher that that quoted by the government. When his land was acquired at the revised rate, Major Gothra insisted upon giving similar compensation to other landowners also.

In a second instance of goodwill, he allowed the land owners to utilise the wood of the walnut trees on their acquired land.

Such people friendly measures gave a push to the dying project and in time the pace of work got accelerated. Conducive conditions were provided to the Swiss Engineering firm which had taken the contract to execute the work.

The terrorists, evidently, were not too pleased with the progress being made and they made a plan to abduct Major Gothra.

On February, 27, 1993, two terrorists accosted him on the road while he was travelling back to the project site. They removed the driver from his Gypsy; one took the driver’s seat and the other sat behind with a pistol on the back of Major Gothra.

Shri Lekh Ram was also in the backseat of the Gypsy, such was his loyalty to his boss that he refused to get down even though he was given an opportunity to do so.

Major Gothra was detained in a house and Shri Lekh Ram was sent back in the Gypsy.

Meanwhile, the driver of the Gypsy reached the project headquarters and narrated the incident to the staff there. Immediately the locals got into action to save their much loved and respected leader.

They approached a militant leader Noor Khan (name changed) who was indebted to NHPC employees because on a cold night he was lying injured near the road and would have died had not NHPC personnel helped him with shelter and medical aid.

Noor Khan found out whereabouts of Major Gothra on the terrorist radio grid and volunteered to get him back. He asked for a departmental vehicle; despite the danger involved a NHPC driver agreed to drive Noor Khan to the abduction site in a Tata vehicle.

Noor Khan prevailed upon the terrorists to free Major Gothra by telling them that they would not be able to survive in the area if something happened to the much loved officer.

The terrorists were thus forced to free Major Gothra within hours of abducting him and that too without any ransom.

Enroute to the project headquarter, Noor Khan got off the truck and vanished since the police had barricaded the area.

The incident has been recorded in an official communiqué sent from the project office to the Chairman and Managing Director of NHPC on March, 05, 1993.

Ultimately, it was the goodwill generated by Major Gothra which helped in controlling the situation.

The project went on and was commissioned in 1997.

It is outstanding human endeavour of the kind exhibited by Major Gothra that keeps good alive in an environment of evil and spells hope for humanity.

Uri has seen setbacks earlier and has bounced back due to efforts of a few good people. There is no doubt that the same will happen in the future also. The current setback is, at best temporary and will pass off in time. In fact the process of normalcy has already begun.