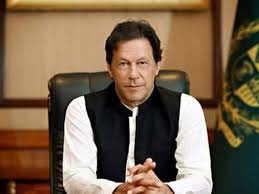 The terror machinery operating from Pakistan has reactivated itself in a big way. The big words that he spoke of taking two steps forward if India takes one have proved to be just that – words. He has done nothing whatsoever to curb his wayward army and its nefarious arm of fundamentalist militants who keep the pot of terror boiling in Jammu and Kashmir.

The last few days have witnessed a spike in terrorist activity. Infiltration attempts have gained momentum. The terrorist cadre operating in the state has, very obviously, been directed to come out, intimidate the people and dissuade them from participating in the upcoming Urban Local Bodies and Panchayat Elections. The Indian security forces have given a befitting reply by eliminating nearly a dozen terrorists across the state in the last week or so. Most of the terrorists eliminated were of foreign origin and part of Pakistan based terror organizations like the Jaish-e-Mohammad (JeM). This is a clear indictment of Pakistan’s countinuing role in fanning the fires of terrorism in Kashmir under Imran Khan. This has not come as a surprise for those who study Pakistan deeply, nothing better was expected!

The aforementioned development is an indicator of Pakistan’s determination to continue with its evil designs, despite the massive setback that its terror machinery in Kashmir has faced all through the years 2017 and 2018. Human life, quite obviously, holds no value for these harbingers of terror. While indoctrinating their own uneducated youth towards the path of terror and sure death, the terror machinery continues to maintain its objective of getting as many Kashmiri recruits into the terror fold as is possible. They have no compunction in leading able young men onto the self destructive path of terrorism so long it serves as it helps keep their hybrid war against India going.  These boys, basically untrained novices, soon come into the security dragnet, security forces give them the option to surrender and even plead to them to do so but most do not relent and are finally and most unfortunately eliminated. The resistance to counter-terrorist operations by the local people is more with the intention of attempting to save those who are caught in the dragnet than any other ideological reason. Here too it is the common man who suffers with civilian deaths also reported every now and then.

The misfortune is that the Kashmiri people are not seeing through Pakistan’s designs and are allowing their young boys to be misled. The numbers, of course, are few but they are enough to keep the specter of terrorism alive in the Kashmir Valley and that is exactly what Pakistan wants.

The sustained attacks on India’s security and integrity have led to a sense of disquiet across the country. More and more people have taken to social media and other forums to express anguish about the terrible loss of life that our armed forces and other security forces are absorbing due to the evil acts of the neighbouring country. The humiliation that our soldiers, Police and paramilitary personnel have to face in the hands of the stone-pelters, paid by stooges of foreign powers, is also causing deep rooted frustration and anger among the Indian masses.

There exists an urgent need to carry out a course correction of the policy adopted to rein in Imran Khan’s Pakistan. India has to give out a strong and clear message that continued interference in her internal affairs is simply not acceptable.  The very least that needs to be done and that too immediately is severing of diplomatic ties, cutting in the Most Favoured Nation (MFN) status and a rethink on agreements like the Indus Water Treaty.

All proxies of Pakistan functioning in Jammu and Kashmir like the Hurriyat Conference need to be dealt with an iron hand. Mollycoddling them to uphold democratic norms, as has been the norm all these years, is no longer an option. They are causing immense harm to the collective psyche of the Kashmiri people, especially the younger generation, with their propagandist machinations; they are responsible for the humiliation that Indian security forces are facing over there. It is time to make them pay a heavy price for their anti-national activities. It is quite apparent that any thought of a letdown in the security threshold in Jammu and Kashmir would be misplaced.

Diplomatically there is a need to educate the world about the fact that Pakistani terrorists are an extension of the Pakistani military machine. Hence, Pakistan is striking deep into Indian territories with her military assets while India is in a defensive mode. Such a situation cannot be accepted by any self respecting nation. The international perception of Pakistan being a hotbed for proliferation of terror is well known. Particularly significant is the disgruntlement of the Trump administration with Pakistan. The US has considerably decreased aid to Pakistan and there is a discernible impatience with the militant elements like the JeM and the Haqqanni network operating from Pakistani soil.  While considering military options India should leverage the aforementioned world opinion. She should carefully calibrate the possibility of

giving a body blow to the Pakistan military apparatus operating along the LOC and IB from where cease fire violations are being engineered and infiltration facilitated.

It should not be forgotten that during his election campaign Imran Khan attacked India in the most vicious manner. He wove conspiracy theories against India and denounced his political rivals as Indian agents. He has always been in touch with the anti-India, ultra-Islamist element in his country which is responsible for catapulting him to power. It is this background of his that needs to be considered while dealing with him, not the few good words that he said, which have little meaning. The love affair with Imran Khan is over, now he has to be punished for his duplicity. There can be calibration of the Indian response but at the end of it all, if the matter stops at all out war, so be it. India needs to immediately start putting in place the national effort required for such an eventuality.

(The writer is a US based columnist and analyst)