Village Chittisinghpura, District Anantnag, is the biggest village of the Sikh community in the Kashmir Valley. It is located about 8 kms from Mattan where Guru Nanak, the first Guru of the Sikhs paid a visit. The place holds great sanctity for the Sikh community that has been residing over there for ages.

On the fateful evening of March, 20, 2000, terrorists entered Chittisinghpura, and shot to death 36 innocent Sikh residents of the village. The brutal and barbaric killing sent shock waves across India and the world and continues to be looked upon with horror. It was also the first time that terrorists targeted the Sikh community in the Kashmir valley.

Nanak Singh, the sole survivor of the carnage, who saved himself by feigning to be dead, despite having received a gunshot wound, is an eyewitness to the horrifying massacre. He recalls that at around 7.45 PM the villagers were getting back to their houses after celebrating “Hola Mohalla,” a Sikh festival that precedes Holi. The terrorists, about 15-20 in number, dressed in Army fatigues and masquerading as security personnel told the villagers that they had come for a search operation. The villagers found nothing amiss since search operations were a routine activity and they gathered outside. The men were then segregated, lined up outside the Gurudwara and brutally fired upon with automatic weapons. More bullets were pumped into fallen bodies to ensure that none survived.

Nanak Singh’s escape from sure death was nothing short of a miracle, he cannot forget that after the barbaric act the terrorist were laughing and sending ‘mission accomplished’ message from their radio sets to their masters across the border, they were distinctly Urdu and Kashmiri speaking.

The massacre coincided with the state visit of US President Bill Clinton to India and was carried out with the intention of internationalising the Kashmir issue. The terror masters sitting in Pakistan had identified several targets including installations of security forces, this idea was shelved probably because nobody came forward for the suicide mission. Killing of Kashmiri Pandits was also considered; ultimately, Sikhs of Chittisinghpura was homed in as the target.

The community of the village, true to the Sikh tradition of resilience and courage, absorbed the shock and made a valiant attempt to get back to normalcy despite the difficulty involved. The healing process was initiated within two weeks by opening the Khalsa (Sikh) School which, despite being a school managed by the Sikh community, had six teachers and about 105 Muslim students on its roll. The women, who had lost almost all male relatives in the massacre, stoically got down to picking the pieces of their shattered lives and looked towards the upbringing and well being of their children. Some family members of the deceased, both males and females, got government jobs while others worked the fields like men to make both ends meet. Thus, the Sikhs held their ground most admirably and defeated the terrorists by virtue of their grit and determination. 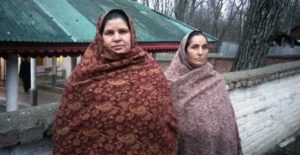 The courageous women of Chittisinghpura rebuilt their lives from ashes

Terrorist Tanzeems (groups)  and others with a vested interest in keeping Kashmir on the boil were quick to deny any involvement in the massacre. They accused the Indian security forces of having carried out the attack in order to malign the Kashmiri struggle. These were fake and puerile attempts to obfuscate the truth.

Later, reports emerged that one Mohammad Suhail Malik of Sialkot, Pakistan, while in custody, gave an interview to Barry Bearak, a reporter of the New York Times in which he confessed his involvement in the massacre at the direction of the Lashkar-e-Toiba (LeT). David Headley, a Pakistani-American operative of the LeT, while in custody for involvement in the 2008 terrorist attack by Pakistanis on the Indian city of Mumbai, also referred to the involvement of his organisation in the attack.

It has also been reported that an arrested terrorist, Mohammad Yakub Magray, while under interrogation, confirmed that on the night of the massacre he had travelled with the LeT Anantnag area commander, a Pakistani national code-named Abu Maaz, to Chittisinghpura but did not take part in the massacre. Abu Maaz was probably the leader of the group that carried out the killing.

President Bill Clinton condoned the killing and did nothing else. If engineering an exodus of the Sikhs from the region was another objective then that too failed miserably, not one Sikh family including those from the village under attack migrated from the valley. Hence, nothing was achieved from this merciless act of mindless violence.

Every year since the massacre, the people of Chittisinghpura offer prayers at Gurdwara’s in memory of those slain in this horrific act. The Sikh community worldwide also joins the prayers for the souls of the innocent people who lost their life to evil forces and salute the courage of those left behind.

A balm can be applied to the wounds of the afflicted families by conducting a final probe into the incident, exposing the forces behind it and  punishing those (if any) who can be identified as accomplices after all these years. This is expedient at this point in time since the scourge of terrorism stands defeated in the Union Territory of Jammu and Kashmir and closure to the wounds afflicted by this foreign sponsored curse  is the need of the hour. Let the truth be unveiled as an ultimate tribute to the victims even though it is fairly certain that those responsible have already been killed. Those inducted into the fold of terrorism now do not have a life span of more than one year. There is no terrorist of the 2000 vintage alive and operating.

It is also time to reassess the condition of the families left behind, some may have done well while others may be still in need of help. The Sikh community in India and across the world can come forward to assist as can the Government of the Union Territory of Jammu and Kashmir, the local Sikh leaders need to take initiative in this direction.

(Jaibans Singh is an socio-political analyst and columnist)