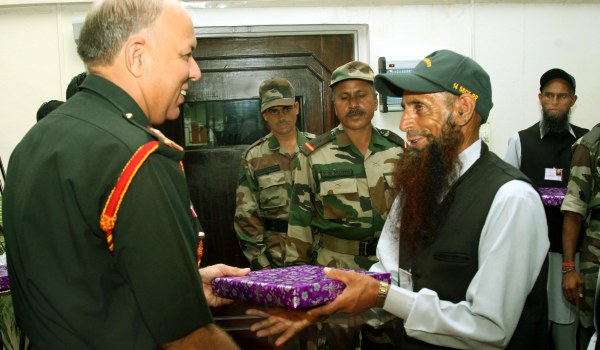 History provides innumerable examples of the most beautiful places, rich in natural resources, commerce, education and boasting of an enlightened civilisation becoming victim to barbaric attacks by outsiders who wish to partake of the benefits by use of force. It has happened in the Indian Sub-continent innumerable times. The Viking attacks in s England and France, the Mongol sweep of most of Asia and China, the colonisation of so many regions by the whites are some other examples of this malaise.

Something similar has been attempted in the beautiful region of Jammu and Kashmir, especially Kashmir, post partition of the Indian sub-continent in 1947. The rich and evolved Kashmir has been eyed covetously by Pakistan since the creation of the country and continues to be so, Jammu has suffered collateral damage in the process.

By leveraging the Muslim character of the region, the Pakistani deep state has sought to gobble it up. When open use of force in the form of the Indo-Pakistan Wars of 1947-48 and 1965 was unsuccessful, the evil deep state of the country hit upon the idea of “death by a thousand cuts” and proxy war. The first prong of this policy was to break the inter-faith harmony of the region and it was done by engineering the exodus of the Kashmir Pandit community. This has been followed by a concerted attempt to break the concept of Islam practiced in Kashmir, which has a Sufi mooring and belief in the age old Shivaite influence. The idea was to replace, through terrorist violence and coercion, the Sufi culture with the more radical Saudi Arabia propagated Wahabi-Salafi concept of Islam.

It is to the credit of the very courageous people of Jammu and Kashmir, especially the Muslim community of Kashmir, that they withstood the violent, terrorism infested onslaught and emerged victorious. In  meeting the challenge of violence and terrorism, the people got the complete support of the security forces comprising of the JK Police, central paramilitary forces and the Indian Armed Forces. The role of the Army has remained, by far, the most significant.

Interestingly, it is the secular credentials of the Army, so akin to the concept of Kashmiriyat, which played a major role in maintaining balance when the very difficult and challenging fight against terrorism was going on. The Army, at no stage, blamed any particular community for the state of affairs in the region. It always maintained that the people  were “victims of terrorism” and those who joined the cult were “misguided” youth who needed to be brought back to the mainstream rather than be treated as criminals. The more terrorists attacked the security forces and killed their soldiers, the more effort the latter put towards ‘winning hearts and minds” of the local population. Religion was never mentioned in the Army’s effort to ameliorate the lives of the poor people who were suppressed and exploited by the continuous cult of violence.

It was so because the Indian Army is a pillar of national integration and secular philosophy in every conceivable way. It comprises of soldiers for every corner of the country and belonging to every caste and community. It takes a “nation first – always and every time” approach. The Indian soldier simply does not think in terms of caste, region and community.

Interestingly, all through the period of terrorism and turmoil, recruitment of personnel from Jammu and Kashmir into the Indian Army did not cease. It, in fact, increased significantly. The motivated boys from Kashmir have joined the force as officers and other ranks.  Kashmiri boys are joining the Jammu and Kashmir Light Infantry Regiment and the Territorial Army (Home and Hearth) units in large numbers while also being recruited for the All India All Class (AIAC) categories of the Army. Same is the case with boys from the rest of the Union Territory too. Army recruitment rallies in the Union Territory, especially Kashmir, witness participation by thousands of youth.

It is so because, for recruitment in the Army, fulfillment of criteria like requisite education qualification, age bracket, health and physical fitness parameters etc and making it to the merit list is the only factor considered in an applicant. Recruitment is also based on a proportion of Recruitable Male Population (RMP) of each State. In following this principle, no discrimination has ever been made due to the environment of terrorism in Jammu and Kashmir.

This humane approach has created such a strong bond between the people and the Indian Army that the radical religion based ideology sought to be promoted by Pakistan as a justification of terrorism has been defeated. Today, terrorism is gasping for breath and looking in the face of total extinction.

Kashmir is a Muslim majority region but with the big difference. Its highly evolved education levels and civilisation created, over many centuries, is a model of interfaith synergy not seen in any other part of the world. The exodus of the Kashmiri Pandit community could not be stopped due to the sudden spurt in foreign sponsored and influenced terrorism. Now, with the situation improving in the political as well as security domain, the Kashmiri Pandits are being welcomed back to their homeland and will undoubtedly move back with time.

Now the time has come for the resurrection of the concept of Kashmiriyat. In this too the Army can play a big role given that the concept is so intrinsic to its own philosophy and way of life. Since the people of Kashmir listen to the Army, its call for all-faith amity duly supported by its own secular credentials will surely witness great acceptance. A thrust in this direction can pay good social dividends.

(Jaibans Singh is a social worker and writer)