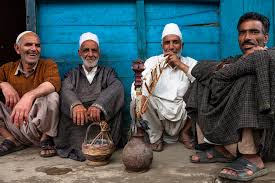 There is a lot of talk about widespread dissatisfaction within the state of Jammu and Kashmir, especially tin he Kashmir Valley, with regard to the reorganisation of the state into two manageable Union Territories and the modification of Article 370 that has been carried out with the intention of mainstreaming the region in line with the rest of the country. As the time to implement these decisions approaches the anti-establishment rhetoric is likely to become all the more abrasive, filled with half truths or blatant lies to build a negative public opinion on the changed dispensation. The main target will, of course, be the common man in Kashmir. Here lies a reason to reflect; smell the coffee and get in tune with reality. There are a number of issues that deserve to be flagged while discussing the affairs of the region.

If the state with a so-called special status was so good then why has it been suffering from so much violence and social disruption for decades on end? With the status quo not providing any positive results over a sustained period of time, is it not a good idea to try out something different? After all things cannot get any worse than what they already have been during times of peak terrorism.

There are seven Union Territories in India if you include Delhi. All of these Union Territories are doing very well in all parameters of development and economic progress. Is there any reason, under the circumstances, to believe that the two newly formed Union Territories will not follow the path of their predecessors?

When Kashmir looks at its political status it needs to draw from its history and geo-strategic reality. For more than a millennium now it has remained a vassal state of the Afghans, the Mughals and the Sikhs among others. It is so because the landlocked nature of the region and its small size precludes the option of surviving on its own.

The merger with India provided to the region its first opportunity in millenniums for a free existence as part of a democratic dispensation. The aforementioned democratic dispensation has matured to become the most populous and vibrant democracy in the world. What reason could Kashmir have to not accept and enjoy such a gift of freedom and democracy? Especially so, when the other available option is to succumb to the suzerainty of Russia, China or Pakistan; in fact, proxy control by the United States or Britain was also a distinct possibility.

It cannot be denied that due to certain misplaced politics a few elections in the state, more so in Kashmir, were held in a dubious manner. Those instances were a blot on Indian democracy and those who perpetrated them were rejected by the people in subsequent ballots. Now, for more than two decades the elections from the lowest local bodies to the state assemblies have been free and fair. Is it not reason enough to forget the past and move on?

It is said that the state governments were stooges of the centre. How is this aspersion substantiated? Has the region been robbed of its natural resources by the Union Government as Balochistan has by the federal Government of Pakistan?  Is it being economically exploited? Have the people been subjected to bonded labour or other such subjugation? Nothing of this sort has happened! In fact, Government after government in the centre has stretched itself to give aid to Kashmir. So, who has benefitted? The answer lies in the immense, astounding, wealth, property and assets that the so-called leaders of Kashmir, especially those who were at the helm and those who spearheaded separatist movements have accumulated over the years.  It is good that investigation have been initiated into the actions of these so-called leaders; the truth will definitely emerge sooner than later.

Prime Minister Imran Khan has bent backwards to garner international support against the decision taken by the Indian parliament with regard to the state. He has received no positive response from any quarter whatsoever. The situation for him is so bad that he is staring at an ouster through a coup or an internal political realignment, for having failed to come up with an effective counter policy to India’s actions. The reality is that Imran Khan cannot be faulted since the whole world feels that what has happened in Kashmir is good for the region and its people.

As the time approaches to implement the reorganisation of the state, the various “inimical forces” that attempt to pass off as “stakeholders” are gearing up to contest the righteous path that the nation has chosen. It is now up to the people of Kashmir to negate their evil designs and work towards building a progressive and joyful future. A new process always has teething problems and faces many challenges; victory comes only when all problems are dealt with patience, a spirit of cooperation and maturity. Faith in the good intentions of the nation is of prime importance.

(Jaibans Singh is a reputed expert on Kashmir Affairs, Columnist and Author)