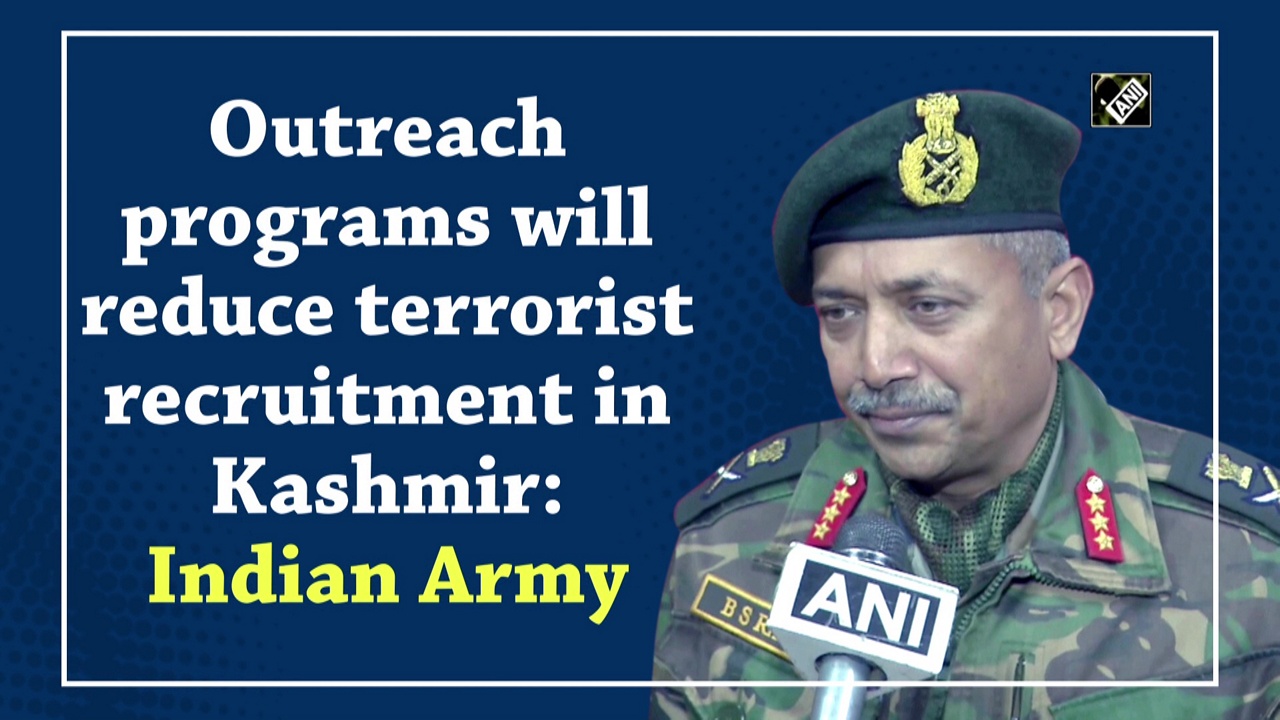 “I can say this with conviction that today we are able to manage the level of violence in the Valley. The number of terrorists in the Valley is probably the lowest in one decade… and we would like to keep it that way so that people have some respite,” said Lt. General BS Raju, Corps Commander of the Srinagar based 15 (Chinar) Corps in an interview to a Television channel a few days earlier.

The General put the total number of terrorists operating in the Valley at a little over 200 of which about 125 are locals and 90 are infiltrators from Pakistan. This is indeed a very low number considering that many big cities would have a larger number of armed goons. Also, the present terrorist cadre is low on motivation, training, arms, ammunition and other stores which greatly reduce its strike capability.

A matter of concern is the large number of local cadre in the terrorist fold. These are innocent boys whose insecurities and frustrations are leveraged by the enemy to indoctrinate them into the path of terrorism. In the five year period from 2005 to 2010, the number of locals who joined the terrorist fold was as high as 600 plus. This was the time when Pakistan had been successful in creating poster boys like Burhan Wani who gave impetus to the “lure of terrorism.”

The Government took some affirmative steps to tap the flow; these were augmented with successful counter-terrorist operations by security forces on ground. The end result was a drastic decrease in the number of locals joining the fold of terrorism to about 160 in the period from 2010 to 2015. The numbers have further reduced but, sadly, the intake has not been stopped in totality.

Pakistan is absolutely determined to keep the flame of terrorism alive, at least in the Valley if not the entire region. It is coming up with innovative ways to keep the tap flowing. Earlier the focus was on intimidation and indoctrination through the existing terrorist cadre and through persons from within the separatist cadre. A lot of money was invested in this project. With the number of foreign terrorists in the valley having reduced drastically; money flow curtailed and separatists marginalised, the aforementioned option for recruitment has become untenable.

The new methodology is massive propaganda campaigns through the social media designed to attract Kashmir youth towards the path of terrorism by spread of misinformation. The rhetoric that is being used is unsubstantiated and inflammatory. The youth are told that by picking up the gun they are fighting a holy war. Sustained repetition has a psychological impact on vulnerable minds and the simple boys start believing this to be true. Once vulnerability is identified, the few recruiters available move in for the kill.

The objective is to lure boys from middle class to poor families who are frustrated due to lack of employment or those who are ready to sell their souls for a small amount of money.  Drug addicts also form a large segment of the indoctrinated cadre even as some, in the flush of youth, join to impress girls.

The new age terrorist in Kashmir can safely be profiled as an indoctrinated local youth who is both ill trained and ill equipped. The instructions given are rudimentary; a rifle or a pistol with a few rounds is handed over and they are left to their own machinations. On top of it, they lack local support.

The aforementioned is a perfect concoction for self-destruction. For Kashmir to move on to the next and final step in its long tryst for peace and prosperity, the complete destruction of this indoctrination process is imperative. The onus of responsibility for this task lies first with civil society and then with the Government.

The elders of Kashmir which includes the parents (especially mothers), relatives, political and religious leaders, academicians, teachers, intelligentsia and role models need to get together and stop this nefarious activity. The boys need to be told that there is no element of religiosity and sacrifice in the murderous and perfidious acts of the terrorists and that they need to isolate themselves from the misinformation campaign. They need to be reminded that ‘the pen is mightier than the sword’ for realisation of their aspirations. The Government too needs to join in the aforementioned information initiative.

There is also a need for the government to look deeply into the reasons behind the frustration that leads the youth towards pursuing mindless violence and then take affirmative steps to remove the same. Lack of economic opportunity is a major reason behind youth following this debilitating path. In Kashmir 71 percent of the population is under the age of 35, of which, almost half is currently unemployed. Add to it the continuing environment of conflict and we have in hand a young and frustrated populace. The prevalent feeling of desperation, anger and helplessness can easily be exploited as is being done by Pakistan.

There is no denying that the government is making all efforts to uplift the economic condition of the region. This effort needs to be accelerated. Along with the facilities being provided should go the message that responsibility to maintain peace and stability lies with the people.

It is quite heartening to see the resolve with which security forces are targeting terrorists in the Kashmir Valley. The intention to rid the region from the scourge of terrorism is quite obvious. Such a pressure needs to be maintained.

It is hoped that the youth of the region will correctly comprehend the changes that are in the pipeline and will come forward to fulfil all such aspirations that have remained dormant due to the long and debilitating shadow of the gun. That is the only method available to break the astounding obduracy that Pakistan is showing in continuing the unholy agenda of continuing with its unholy agenda.

(Jasbir Sarai is an Army Veteran and social worker)