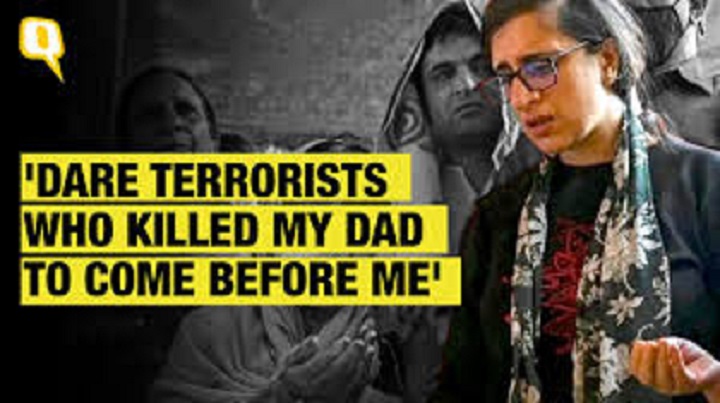 “Fear” is the primary instrument for the sustenance of terror! Terrorists depend upon this element to further their unholy activities, be it wanton killing of innocents, recruitment into their fold or seeking administrative support. As the terrorist diktat in Kashmir wanes they have once again resorted to the fear factor to keep themselves afloat. This is quite apparent from the brutal murders of innocent civilians in Kashmir over the last few days in terrorist initiated strikes.

Significant among those targeted in the fear based strategy of the terrorists is Makhan Lal Bindroo, a famous and well respected pharmacist of Kashmir who was shot dead on 5 October. It seems that ML Bindroo was specially chosen for this horrendous act since he was a prominent and iconic Kashmir Pandit face in Kashmir. He did not leave the Valley even in the peak of terrorism and his Pharmacy was famous for its clean, drug free and professional work.

Such attacks have gained momentum since the second anniversary of abrogation of Article 370 on 5 August. On that day itself terrorists lobbed two Grenades at security forces in the Bemina area of Srinagar. A large number of Grenade attacks have been reported since then in diverse places like Ramban, Rajouri, Amira Kadal and Aafa Kadal area of Srinagar etc. These Grenade attacks targeted both civilians and security forces; they caused some splinter injuries but did not result in deaths. Quite obviously they were not having the impact that the terrorist masters from across the border wanted so they planned on upping the ante. This could well be the main reason behind the targeted killings of minorities that has been witnessed in the last few days.

The terrorists have failed miserably in their objective of cowing down the civilian population of Kashmir by resorting to such barbaric acts. This was quite apparent from the large number of people attending the funeral of ML Bindroo. Even senior political leaders like Omar Abdullah and Mehbooba Mufti paid their respects to the departed soul and offered condolences to the family. Sadly, none from the separatist Hurriyat conglomerate, who leave no opportunity to present themselves as the true representatives of the Kashmiri people, condemned the dastardly terrorist acts. 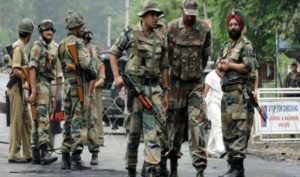 Another slap on the face of the terrorists was given by Dr. Shraddha , daughter of the late ML Bindroo. In a spirited address to the media, the video of which has gone viral across the world, the young lady conveyed to the terrorists the folly and futility of the mindless killings that they are indulging in. “He will never die. You can just kill the body. And I being a Hindu I have read the Quran which says that the body will transform but its spirit will remain. ML Bindroo will remain alive in spirit,” said Dr. Shraddha while speaking of her noble father. The fearless young lady who did not shed a tear on her father’s demise then invited the terrorists to debate their issues instead of pulling the trigger on an aged and defenceless man.

Another big reason for the spike in terrorist attacks is desperation within the terrorist leadership with regard to the proposed return of the Kashmir Pandit community to their homeland. The terrorist masters are well aware that such a move will put the last nail on the coffin of terrorism since the valley will get back its syncretic character which was destroyed by them as the first step in breaking the spirit of the people nearly three decades back. They wish to intimidate the Kashmiri Pandits and compel them into reversing their decision. Nothing of this sort is likely to happen, the Kashmiri Pandits will surely get back to their homeland and claim what is rightfully theirs.

Terrorists in Kashmir often attempt to justify their actions from the tenets of Sharia. Where in Sharia is it written that innocent defenceless civilians can be killed in cold blood?  The reality is that terrorists are losing their grip due to depleted strength and reduced recruitment from among the locals. They are taking desperate steps to boost their sagging confidence and self esteem. However, incidents of insane killings are not likely to change this reality that they no longer have any support in Kashmir.

On  many earlier occasions, terrorist leaders like Syed Sallahuddin and even Hurriyat leaders have spoken against targeting of locals. They used to highlight the massive loss of goodwill due to such attacks. It seems that the policy has witnessed a paradigm shift in recent days, they are no longer worried about their image among the locals (which has fallen irretrievably), all they care about is the spread of fear and intimidation so that their relevance stays intact.

The nation stands firmly with the people of Kashmir, the Government of the Union Territory of Jammu and Kashmir and the security forces operating in the region, who are together fighting against an evil and remorseless enemy. The security forces are bound to hunt down the murderers of ML Bindroo and others and avenge their death in a very short period of time.

Despite the loss of precious lives, what has emerged clearly is that the terrorists are shaken by the slap on their collective faces given by the locals in the aftermath of the murders committed in the last few days. They would have realised that they have made a huge mistake by hurting local sentiment. These acts will only accelerate their demise and the sacrifice of the soldiers and the people of Jammu and Kashmir will not go in vain. We are now witnessing the beginning of the end of terrorism in Jammu and Kashmir.