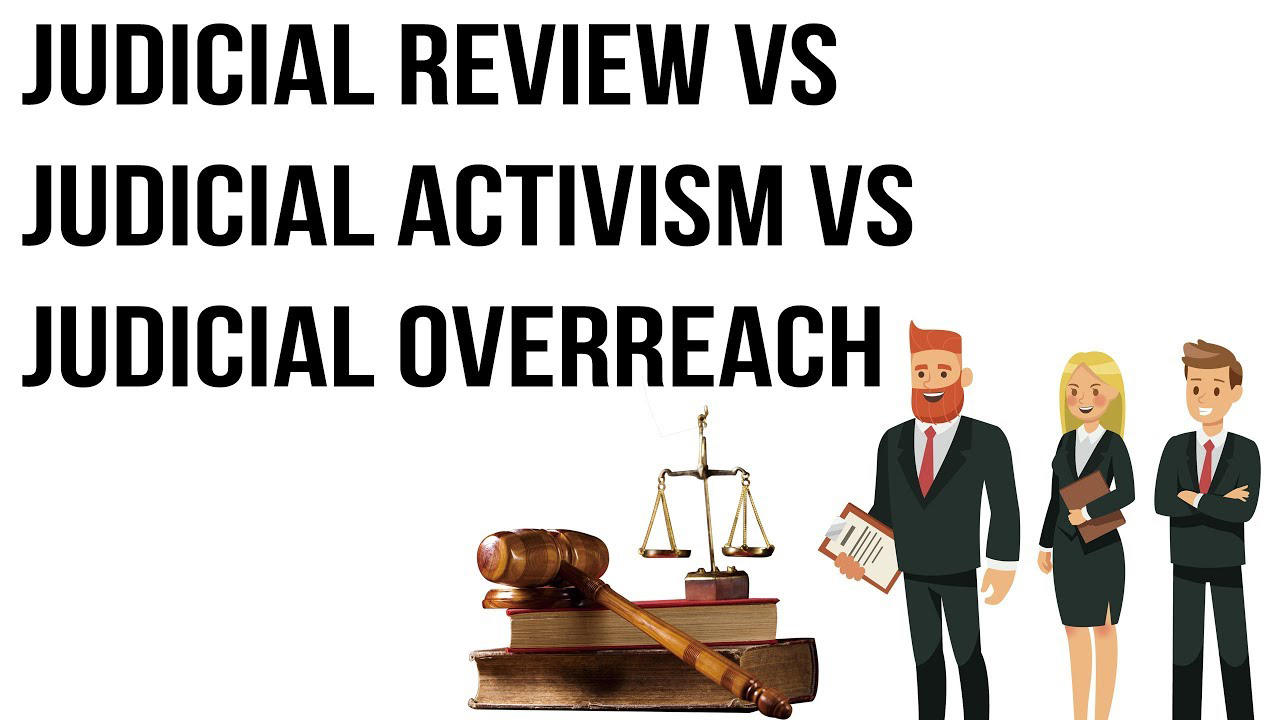 Legislative, Executive and Judiciary are three pillars of a stable democracy. If one pillar becomes large or oversize, the stability of the democracy is in danger. The Constitution of India embraces the idea of separation of powers of the legislature, executive and judiciary, in an implied manner. Unfortunately, the ongoing adjudication of cases related to Covid management by courts across India has set a worrying precedent of judicial adventurism.   In the checks and balances provided by the Constitution, the executive is answerable to Cabinet of Ministers which is answerable to legislation and elected legislative members are answerable to public and voters.   However, there is no direct answerability   of Judiciary,   on the premise that they will exercise self discipline,   while imparting justice. In recent past, it is observed with concern that over zealous Judiciary is usurping  the role of the legislature and the executive.   The courts are directing the Govt  and the bureaucracy  on how to frame laws and govern the country.   Nobody can question them or criticize since the “Contempt of Court”  is hanging like a ‘Sword of Damocles.’

Judicial review  refers to the power of the judiciary to interpret the Constitution and to declare any such law or order of the legislature and executive, void, if it finds them in conflict with the Constitution. Judicial activism is one step ahead of judicial review. Since the early 1990s, the Indian courts have stepped in with greater frequency on   legislative,   political and policy matters, leading to constant friction between the three organs of democracy. There is a thin line dividing judicial activism and judicial overreach. Judicial overreach is when the judiciary starts interfering with the proper functioning of the legislative or executive organs of the government.  Judicial adventurism is a dangerous trend, as  recently exhibited by courts, during the fight against the COVID pandemic.

Judicial overreach has been on the rise at a trajectory higher than Covid cases. Some of the glaring cases of judicial adventurism are flagged as under-

The judicial intervention  and shooting ‘off the cuff’ remarks by ‘Milords’ during covid crisis has hit the ceiling.  Just a few noteworthy examples of our learned judges passing orders / remarks during COVID fight are listed as under-

It’s prudent that we have a look at the competence of the persons making such remarks or judgment.  Some of the key issues are flagged as under-

Earlier days, the judicial positions were considered so honourable and coveted that no judge felt the need for second innings.   The increasing life expectancy and aspirations in highly competitive world are driving the judges to seek post retirement rehabilitation.     Acceptance of office of profit like judicial commissions,   tribunals and arbitration courts is gaining traction.  Retired Supreme Court judges have also been appointed Governors. Post-retirement appointments are a deterrent to an independent judiciary. The first Law Commission also recommends  no post retirement favours for the judges.

Playing to the Gallery

The common citizen often   perceive a judge  as supreme   and one who gets to have the last word, especially on issues of public importance. Words uttered by a judge are considered pearls of wisdom and   often   oral exchanges between the bar and bench become national headlines. Judges  are today passing off the cuff and often sarcastic remarks  from their cushy, insulated environs. Armed with   PIL and ‘Suo moto Cognizance’ as weapons, they are   asking questions on any subject on earth.   Judges grandstanding inflicts real damage with their ill-considered oral remarks and immature decisions, beyond the scope of their jurisdiction.

Overzealous Judiciary is  conveying to  the nation that   they are the only one managing the country and even disaster  like COVID.  Govt officials are busy preparing documents to reply to court or wasting time appearing in courts rather than doing their legitimate job at this hour of crisis.  Government officials are having to brief the bench about the prevailing circumstances for hours instead of being allowed to act in real-time. It would be earnestly desirable that the   judges confine themselves to legal matters and leave the experts to work in their own affairs, without judicial intervention.

Judicial adventurism is intruding more and more in the exclusive space of the legislature and the executive, thereby creating unhealthy asymmetry in the delicate balance among various institutions of this democratic country.   Although, judicial review is legitimate domain of judiciary but then a limit or boundary has to be drawn.   It should not become a super parliament that frames laws and a super executive that seeks to implement them.

GOI for the first time, in a diplomatic language has told Supreme Court  NOT to interfere in executive functions of the Govt, for which Judges do not have competence.   I would like to submit – “Milord!! Let us work and you please manage your own house which itself is crying for your attention.” I am also cautious of the fact that some court might take suo motto cognizance of this article and charge me for Contempt of Court. Therefore, “I sincerely apologize and seek your pardon ,Milord!!”

Disclaimer : The views expressed by the author are personal