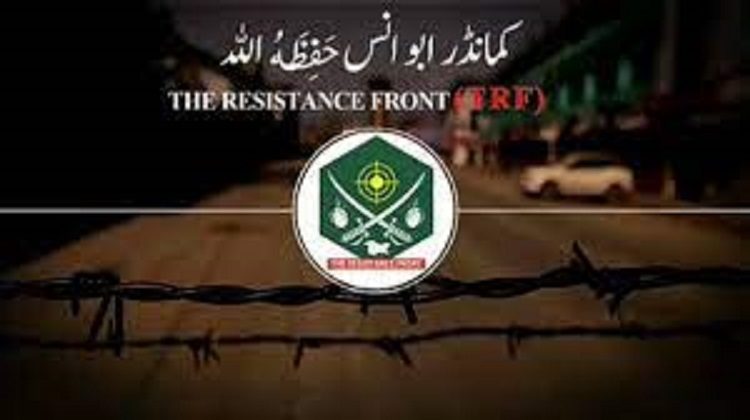 The Resistance Front (TRF), is in the limelight for a spate of civilian killings in Jammu and Kashmir. Soon after a famous pharmacist of Kashmir, ML Bindroo and two teachers were shot dead in Srinagar, TRF released a statement saying that they had been killed by the group’s “Shaheed Gazi Squad.” The TRF also issued a threat that it would continue to “strike” aggressively. The aforementioned brutal murders have been followed by killing of some more non-locals; a total of 11 minorities and non-local have been killed in the month of October itself in this spate of mindless violence.

The security forces have responded with strength to this evil challenge posed by the terrorists . Several counter-terrorist operations have been launched on both sides of the Pir Panjal Range and considerable success has been achieved. Along with the security operations, the National Investigation Agency (NIA) has also raided multiple locations and arrested a number of people said to be involved in the planning and execution of the attacks. The people are also showing exceptional resilience and determination to neutralise this latest plan of the terrorists.

The TRF is adopting a path of confrontation. In some written missives it has stated that ‘the game has just begun.’ The terror outfit said it would make the situation “worse” and it would “expand operations.” Sources in the security establishment, however, term the action of the terrorists as a “desperate” attempt to seek attention. “The response of the security forces to the violence carried out by TRF has rattled it. In the past few days, eight militants have been killed in Kashmir. This is a desperate attempt to seek attention,” said a senior security officer.

A front organisation of Pakistan-backed terror outfit Lashkar-e-Toiba (LeT), TRF first appeared on  the scene in October 2019; its first known terrorist activity was a grenade attack on October 12, 2019 that injured eight civilians in Srinagar. The idea of creating it was conceived and immediately implemented by Pakistan post the August 2019, reorganisation of Jammu and Kashmir and abrogation of Article 370. It was the outcome of a Catch 22 situation for the country, wherein, it could not hold back terrorist and disruptive activity in Kashmir and yet it could not carry it out through known terrorist organisations due to intense pressure from the international community, mainly through the Financial Action Task Force (FATF).

FATF is a France based international body that keeps a watch on money laundering and terrorism financing worldwide. It has kept Pakistan on the grey list since 2018, despite desperate attempts by the country to rid itself of this ignominy that is causing huge financial setbacks in the release of aid and loans. The FATF is, in fact, quite keen to further downgrade Pakistan into the “black list” which would spell financial disaster for the country. 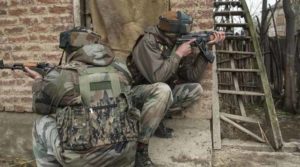 Security Forces have responded to TRF with strength

It was to offset this pressure that Pakistan created the TRF. It wanted to make the new entity more acceptable in the western world as a indigenous front of the Kashmiri people. Hence, for the first time and very cleverly, it chose for its new organisation a non-Islamic name. The cat came out of the bag when TRF Twitter activity continued despite an internet ban in Kashmir. Investigations revealed that the main Twitter handles of the organisation were running from Pakistan.

TRF further attempted to gain political legitimacy by issuing statements on matters like the Domicile Law which it denounced as a BJP ploy to change the demography of Kashmir. “We openly declare that any Indian who comes with an intention to settle in Kashmir will be treated as an agent of RSS and not a civilian and will be dealt with appropriately,” said a TRF statement recently.

This statement, when seen along with the terrorist activity of targeting Panches, Sarpanches and BJP party workers in the region, indicated a strong amalgamation of the political and military objectives within the fold of the TRF. Apparently, it had taken responsibility for both the political narrative which was earlier set by the Hurriyat Conference and conduct of terrorist activity as controlled by various terrorist masters sitting across the border. That it is running the Pakistan agenda is also quite clear since its words and actions match exactly those being spoken by the Government of Pakistan.

For years, the pro-Pakistan Hizbul Mujahedeen, formed in 1990, had been considered the main “indigenous” militant group in the Valley. Now, TRF has taken over the mantle. Till the recent past, the TRF terrorists were dormant, but in October this year it has become more active.

The TRF is quick to take credit for its gruesome and evil killings but does not acknowledge that the terrorists who are being killed are also from its cadre. As many as nine terrorists have been killed in multiple encounters in the aftermath of targeted killings of minority civilians. The terrorists eliminated include some of who were involved in the gruesome murder of the civilians, but the TRF has not acknowledged any fatal losses to its cadre. In an exhibition of cowardice, It prefers the identification of such terrorists as being a part of the terror organisations like LeT, Hizbul Mujahedeen etc.

The strategy devised by Pakistan to spread a pall of fear in the Union Territory of Jammu and Kashmir through the TRF is unlikely to succeed. The security forces are in firm control of the situation and the people are not ready to be cowed down. Many perpetrators of the heinous crimes have already been neutralised, the remainder will also meet their justified fate soon enough.  The world too has finally caught on to the double game being played by Pakistan and has told it bluntly to relent from such activities or face the consequences. It is now up to Pakistan to read the writing on the wall and adopt a reconciliatory policy toward Kashmir, failing which, it will face certain doom.

(Jaibans Singh is a Geo-strategic expert and columnist)