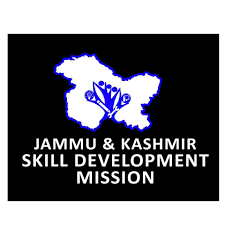 The Union Territory (UT) of Jammu and Kashmir (J&K) has undergone monumental changes, for the better, in the last few years. The security forces set the pace by carrying out relentless counter-terrorist operations against evil forces that were spreading violence and fear in the region. The operations gained success due to full support of the local populace as well as the government and resulted in near decimation of  the terror machinery in the region.

The improved conditions created a conducive environment for the political process to be activated which, in turn, led to a parliamentary decision to abrogate the draconian Article 370 and Article 35A of the Constitution and also carry out bifurcation of the state into two manageable UT’s of J&K and Ladakh. All the Valley based political elements,  along with neighbouring Pakistan, launched a belligerent information campaign against the parliamentary decision and predicted widespread violence in protests.

That the violence did not happen gave a clear indication that the people had accepted the changes and wished to move away from the foreign sponsored cycle of violence. They exhibited a desire to move on the path of peace and prosperity as fully integrated members of the Indian Union.

The Government of India then launched a concerted effort to strengthen democratic institutions of the region and also usher development through clean and transparent governance. A big victory came in the form of successful conduct of the District Development Councils  (DDC) elections.

In order to offset the immeasurable suffering of the people who remained under the shadow of the gun for decades, a multi-pronged effort has been launched by the Government to boost the economy and infrastructure of the region. With J&K now integrated seamlessly into the Indian Union, all the central schemes have been extended to the UT and are being given an extra push.

Youth have been identified as the centre of gravity of the development process. Sustained effort is being made for creation of skill sets by providing financial support for education, training and entrepreneurship  and generation of employment in both the Government and the private sector.

While the process has been progressing at a healthy pace, it is being observed that maximum benefit is not being accrued by the youth due to lack of awareness of the opportunities available. There is also a certain nervousness in taking the plunge in uncharted waters; the ability is there but the confidence to compete with the more evolved and aware students of the rest of India seems to be weak. Government jobs continue to be most coveted. The government needs to ensure intense engagement with the youth for creating awareness as well as the confidence in them to take to entrepreneurship and jobs outside the government sector.

The engagement could be in the form of workshops, creation of websites having all information of the opportunities offered and easy availability of experts to advise on specific queries. Such a structure should be created down to the grass roots of the UT. Under existing COVID conditions the process of holding webinars could be initiated; if successful it can become a long term means of dynamic engagement.

The Army has, since long, been carrying out education and national integration tours under its welfare programme “Sadbhavna.” Under the scheme, school/college students and even elders have been taken for visits to various places across the country to give them a firsthand exposure to the culture of their fellow citizens and the growth trajectory of the nation. They invariably come back motivated to become productive citizens of the country and actively leverage their own ability with confidence. The UT government needs to emulate this system at a massive scale since it has given positive results.

The young people who go to work outside the UT feel a little isolated and nervous in cosmopolitan cities;  a majority survive and thrive but some also tend to get overwhelmed and come back home considerably disillusioned. The Government needs to monitor their settlement process in their new environment and also create a helpline. A timely helping hand and assistance would greatly boost the settling process. The management of companies where these young boys and girls work needs to be sensitised about their circumstances and co-opted in the settlement process.

At the personal level, the youth need to ensure optimum utility of all the initiatives that are being taken for their growth. They need to shed the negativity that has set in due to decades of living in an insecure and disrupted environment and come out with vigour to take advantage of the new eco-system being created. They need to keep themselves informed, work hard to meet all criteria to get gainfully employed and approach their future with faith in the nation and confidence in their ability. They need to get over their dependency on Government jobs and look for other avenues which are more lucrative, challenging and interesting. Most importantly, they need to remain vigilant against indoctrination by those who wish to harm them and the nation for personal gains and not join the self-destructive path of terrorism.

Higher education in India is fast getting employment oriented; it is a model that needs to be applied in J&K on priority since lack of employment is a major issue being faced here. It has to be supplemented with creation of more job opportunities by giving a boost to industry, agriculture production, services, tourism, health, education and such like sectors.

A lot of effort is being put in to overcome unemployment in J&K which leads to disgruntlement among the youth and is emerging as the biggest roadblock to ushering of complete normalcy in the region. Basically, skilling, entrepreneurship and higher education would go a long way in boosting employment. A focussed approach with the employment generating factors being the Key Result Areas (KRAs) of the Government would accrue maximum benefit. Active participation of the peopleis, by far, the most important factor.

(Jaibans Singh is a social worker, columnist and commentator)