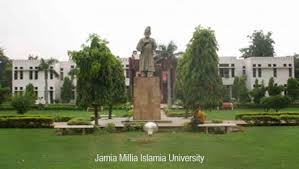 In an unprecedented move Jamia Milia Islamia University, New Delhi hosted a seminar, “Two Decades after Kunan Poshpora – State Violence, Legality and Justice,” on February, 24, 2015. The seminar was organised by the Department of Political Science of the University.

It may be recalled that allegations of human rights violation and molestation of women were made on some personnel of the Indian Army twenty four years back on 23 February 1991.  In his report, the then Divisional Commissioner, Wajahat Habibullah, had stated that the allegations could not be sustained but acknowledged the anger of women and recommended further investigation. Further investigation was held but no concrete evidence was found.

The Hurriyat Conference, has been exploiting the incident ever since in a most insensitive manner to malign the security forces. Without a thought to the pain that its antics would cause to the women who were allegedly involved in the incident it celebrates the day as “Women Resistance Day.” Earlier its trend was to hold a seminar in the Kashmir valley on the day when the atrocity was allegedly committed and get speaker after speaker to malign the security forces.

This year the process has been taken a step further by organising the seminar in Jamia Milia Islamia University.  Holding a seminar on Kunan-Poshpora twenty four years after the incident took place raises questions on the intentions of the organisers. Why has a University of the stature of Jamia Milia Islamia, out of the blue, raised a twenty four year old issue despite numerous fact finding missions having doubted the veracity of the complaints? This is something that the Government of India, specifically the Ministry for Human Resource Development, needs to investigate.

Coming to the seminar, it is widely acknowledged that intellectuals and thinkers in any society are expected to analyse the functioning of systems with an open mind and with the goal of theorising on such processes and instances. The idea is to find out why at certain points in space and time do aberrations occur?

The academic analysis of such exceptional events must be conducted in a totally unbiased and neutral manner. If neutrality is not possible then both sides of the story need to be told from the same platform. The intention should never be to take positions and castigate particular individuals or organisations. When intellectuals operate in a manner that hungers for media bytes, they are debasing themselves as well as the whole exercise of pursuit of knowledge.

The seminar in question was chaired by Gautan Navlakha, and the panelists included Warisha Farashat, a Delhi based lawyer; Sukumar Muralidharan, a journalist and Uzma Falak, writer and filmmaker. The problem with the panelists in this particular seminar is that none of them are actually academicians or intellectuals. Besides, all of them are known to harbour biased views on the subject.

Take the case of, Gautam Navlakha, who presided over the proceedings.  A supposed human rights activist and journalist he is the convener of some fringe establishment called the “International Tribunal on Human Rights and Justice in J&K.” He has earlier been in the news for detention in Srinagar under Section 144 of the criminal procedure code (CrPC) on the grounds that his presence would disturb the peace in the region.  A Face book post “Gautam Navlakha is mentally sick…get well soon,.” presents a veritable hate mail library against him written mostly by Kashmiri Pundits. How a reputed university like Jamia Milia Islamia would allow a person with such controversial credentials to chair an important seminar is beyond logical comprehension.

As was expected, the proceedings were biased; one the panelists rooted for right to self determination for the people of Kashmir; the second declared that all institutions in Kashmir are “Compromised”; the third declared grandly that Kashmiris shall not s cease to struggle for their rights. All of these and other statements are designed to inflame passions among those who have limited knowledge on the subject. In the seminar, there was no deliberation, only castigation and pontification.

And if indeed the State uses violence with such impunity as these pseudo-intellectuals claim that it does, then how come it allows for and funds the conduct of such seminars? That remains a lingering question!

Fighting foreign sponsored terrorism was a herculean task in J&K, this period of stabilisation is even more difficult and more vital. It is only collective will and shared responsibility which will help carry the day. It is hoped that the victory gained after much sacrifice will not be held hostage by petty thoughts and actions.

While the Government of India should do its job and initiate a thorough investigation into the motive behind the seminar, the people should desist from falling into a trap. As the new state government is poised to take over the reins of governance this comes across as a time to exhibit maturity and statesmanship. This is the time for the political leadership to set aside personal vendetta and look for ways and means to consolidate the gains accrued as a result of diligent hard work and great sacrifice. This is the time for all genuine stakeholders who have the good of Kashmir in mind to join hands in isolating those who have inimical designs. This is the time to heal deeply embedded wounds. J&K demands constructive contribution and not opportunism. It does not demand reliving of a traumatised past that can overshadow a bright future.