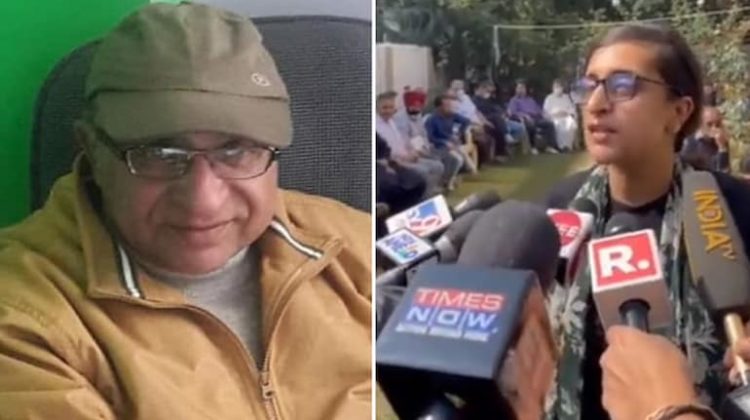 The people of Kashmir, over the last three decades, have contested foreign sponsored terrorism with utmost resilience and heroism. Recently, with a limited and parochial objective of registering their waning presence, terrorists brutally murdered innocent members of the minority community in Kashmir. Those killed mercilessly included a pharmacist, Makhan Lal Bindroo, of the Kashmiri Pandit community; Supinder Kaur, a Sikh principal of a school; Deepak Chand, a Hindu teacher in the same school and Verindra Paswan, a simple hawker from Bihar who had come to the beautiful land to earn a meagre living.

With this dastardly action, the evil terrorists and their masters across the border intended to break the spirit of the people. They failed miserably in their attempt. The biggest riposte came from Dr. Shraddha , daughter of the late Makhan Lal Bindroo. In a spirited address to the media, the video of which has gone viral across the world, the young lady conveyed to the terrorists the folly and futility of the mindless killings that they are indulging in. She shed no tears and showed no fear as she ripped apart the terrorists and exposed them for the mindless and vicious killers that they are.

This is the youth of new Kashmir – educated, bold, ideologically committed, nationalist and aspirational. It is this young generation which will propel the region out of the debilitating shadow of the gun towards new heights of glory. There  is a miniscule segment among this lot who continue to be lured by false promises of the terrorist cadre. They are the weakest link in the chain, the lowest scum with no capability to chart out a future as is being done by a vast majority of their contemporaries. In time they will get overwhelmed and will be compelled to shed their wrong path.

The Government of India and its various institutions in Kashmir are leaving no stone unturned in assisting the youth in their push towards a better life. The Indian Army, in particular, has been putting in maximum effort in this direction. In its latest initiative under its flagship welfare scheme “Sadbhavna” the Army has collaborated with Mewar University to provide quality education to the talented but underprivileged youth of Jammu and Kashmir. Mewar University is a well reputed autonomous body set up by the Government of Rajasthan. This is one among many such initiatives taken by the Indian army earlier towards providing quality education to the youth of J&K in reputed education institutions across the country.

300 students have been selected on merit to attend higher education courses in the University in Chittorgarh, Rajasthan. The students were felicitated by Lt. General DP Pandey, Commander of the Srinagar based Chinar Corps who urged them to take full advantage of the facility being provided. He also  handed over a cheque of Rs. 2.5 crore to Ashok Kumar Gadiya, Chairman, Mewar University.

Thus, the Army has given to Kashmir 300 more Dr. Shraddha’s. Can the imbecile terrorists and their evil masters match this thrust towards peace and prosperity? 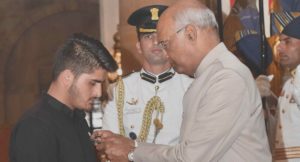 The Indian Army’s welfare initiative Sadbhavna has been doing yeoman service for the last almost three decades. It touches all aspects that impact the day to day life of the people be it medical treatment , infrastructure development etc. Youth empowerment, however, is a Key Result Area (KRA) of Sadbhavna. Army Goodwill Schools have been instrumental in meeting the pressing educational requirements since the time when the government education infrastructure collapsed under the terrorist threat. Now, even though things are much better, the Goodwill Schools continue to function and produce some of the best results in the Union Territory (UT) for the CBSE examination.

In an effort to involve the youth in gainful and constructive activity, the Army has established a number of Youth Employment Guidance Nodes (YEGN) that provide information regarding employment opportunities. Vocational training centres have also been set up where the employed teachers hail from within the local population, making them more acceptable to the people in addition to creating more employment.

The most significant initiative through Sadbhavna in higher education is the ‘Kashmir Super 30’ project launched in 2014 by the Army and modelled after the well-known ‘Super 30’ programme of Bihar. It has achieved excellent results year after year. Such has been the success of the programme that it has now been converted to Super-50.

The Government at the central as well as the state level is putting in all effort to give a boost to education and employment in the UT. Many top institutions like IIT, IIM, IMC and Central Universities have been opened in the region. They have supplemented earlier initiatives like the J&K Entrepreneurship Development Institute (EDI), whose building in Kashmir has been attacked by terrorists on a number of occasions. It is funded by the state employment department to assist youth in setting up business ventures.

While efforts are being made in a dedicated manner, many challenges persist. Anti-national elements are hell bent upon disrupting the development process by spreading misinformation. Concerted efforts are being constantly made to indoctrinate more and more youth to the path of terrorism, sadly, some of the weaker and more vulnerable boys get entrapped. This venomous ideology is designed to destroy the future of Kashmir; it has to be vigorously contested.

More effort is needed to reach a level where the situation becomes proactively good. Though education is available, unemployment continues to be a reason for worry in the UT. The Government is doing its bit but more is required.

The positive and upwardly mobile environment among the youth in the UT is palpable. It is very important to maintain the momentum, stay constantly engaged with the youth and give them the much required boost for better prospects in life. The army and the Government are doing what they can; a bigger effort  needs to come from the civil society.

(Jasbir Sarai is an army veteran and a social worker)