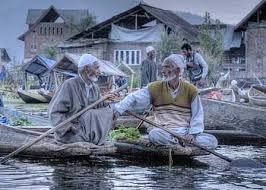 The mammoth elections of the world’s largest democracy are finally over! For many months the collective psyche of the nation has remained focussed on political discourse. Finally, the result is out and the BJP led NDA is poised to form the government at the centre. In this historic moment for Indian democracy all eyes will be on the new government as it sets its agenda for the next five years.

For Jammu and Kashmir the poll results have offered a mixed bag. The fall of the National Conference and the Congress with resurgence of BJP and PDP has created a new political equation. The state is now being ruled by a coalition that occupies the opposition benches in the parliament. Moreover, the separatists still have their agenda going strong and terrorism continues to be a force to reckon with.

The status of Article 370 is now a central issue since its abrogation is the stated policy of the BJP. Is this feasible in the short term or even the long term for that matter? If the BJP utilises its majority in parliament to push for abrogation of Article 370 the combined mainstream and separatist forces in the Kashmir valley will create unprecedented turmoil.

The most appropriate first step would be wide ranging debate on the subject as has been advocated by Narendra Modi himself. The issue has to be taken beyond sloganeering and statements by the political elite and thrown open to the public. Let there be free and open discussions involving all sections of society, especially the younger generation that is directly affected by the provisions of Article. Seminars and discussions could be held in schools, colleges and universities and papers presented by various sections of civil society. Free and frank views of a wide cross section of society in all three regions of the state along with free flow of information and open exchange of ideas can create a pragmatic understanding on the issue.

Security will continue to be contiguous to the affairs of Jammu and Kashmir. The security scenario includes challenges along the frontier with Pakistan and China, disruptive activity of divisive elements of the civil society and the spectre of terrorist sponsored violence across the state.

Pakistan carried out a series of ceasefire violations even when elections were in progress in India. BJP advocates a strong policy to deal with such transgressions which includes a moratorium of talks till the “guns are not silenced.” The policy has merit but will require massive diplomatic mobilisation to be put to practice. A first step would be to expose the fact that Pakistan carries out these ceasefire violations to fructify its evil design to infiltrate terrorists into Indian soil. This would require proactive psychological operations that India is presently sadly lacking in.

Terrorism continues to affect the state especially so in the Kashmir valley. The political entities that have gone on the back foot after the parliamentary elections are likely to make stringent demands for reducing the security footprint and revocation of security enabling legislations like the Armed Forces Special Powers Act (AFSPA). This, of course, will be based on a political undercurrent propelled by the forthcoming Assembly elections in the state. The BJP has been a stout advocate of continuation of AFSPA and a strong security paradigm in Jammu and Kashmir. It will now need to generate the will to stick to its justified position in the face of a stringent political onslaught that is likely to emerge, especially from the Kashmir valley.

The issue of surrender and rehabilitation of local militants who chose to embark on the path of terrorism and now wish to get back into the mainstream is yet another sensitive issue. The outgoing central government, in concert with the state government, had evolved a policy that was noble in content but difficult to apply since it involved cooperation from Pakistan that, obviously, has not been forthcoming. Now we have Pakistan Occupied Kashmir (POK) based ex-militants from Kashmir getting back to India illegally through the Nepal border along with their families and looking for rehabilitation. Evidently, the policy will have to be reframed and its faulty implementation set on course.

Jammu and Kashmir has, since independence, been grappling with the problem of refugees who crossed over during partition in 1947 and continue to live without an identity. They are not deemed to be State Subjects which implies that they are not eligible for any government dispensation be it education, health care or even government employment. This hapless mass of people running into a few lakhs needs to be given immediate succour. Alongside, there is a need to address the problems of the Kashmiri Pundits and others from areas like Poonch, Reasi, Doda, Kishtwar etc who were forced to leave their home and hearth during the time when terrorism was at its peak and continue to be displaced citizens in their own land.

Issues like fighting the separatist challenge; overcoming the sense of insecurity that the Kashmiris feel; recreating the ideology of Kashmiriyat; making the development package dynamic, accountable and transparent; giving moral support to Pakistan Occupied Kashmir and Gilgit-Baltistan; initiating diplomatic efforts to integrate the occupied territories into the Indian union; dealing with China and many more will also pose a challenge to the new government at the centre.

Much has changed in Jammu and Kashmir but the attitude of the political leadership has stagnated over the years. The political approach, therefore, is not in sync with the existing situation in the state. The need of the hour is initiation of a new thought based on logical assessments of the reality on ground. Jammu and Kashmir can thrive only on an innovative, statesmanlike approach from the new government at the centre. It is important to break the debilitating political impasse that the state is presently stuck with.