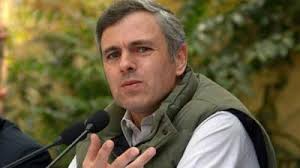 Voting for the parliamentary elections has culminated in many segments of Jammu and Kashmir. There is no change in the scenario whatsoever. A select few who call themselves leaders of the masses have participated as candidates as they have in all elections earlier. The only difference is their advancing years which are not inhibiting their thirst for power. They jump from one position to another without any reservation or remorse. Some leave a State Assembly seat to fight for Parliament, other do the opposite. There is no consideration whatsoever to the damage that the constant shifting does to the governance and the huge cost that is incurred to conduct multiple elections.

The thirst for power of these so-called leaders is so great that they have made no attempt to create a young leadership pool in their parties; they wish to hold on to their very end. It is I, me and myself all the way. They have created a posture over the years which they feel is a win-win formula, having stood the test of time, and are not ready to change in the same. They stall any forward movement and then put the blame on the central leadership.  This terrible situation has been going on for decades now.

The security forces in the state have, on many occasions and after tremendous sacrifice in blood and sweat, created conditions suitable for the initiation of a political process. The people too have made many sacrifices while assisting the security forces in elimination of the curse of terrorism in their land. They have also exhibited am intense desire to leave the shadow of the gun behind and move on to a normal and progressive life. On each such occasion these self serving politicians have failed to live up to the expectations of the people and the nation. They have remained rigid and myopic, unwilling to remove the blinkers to set in a wider view. They have not done anything themselves and have not allowed anybody else to also take any new initiative to be break the deadlock.

Some blame for this miserable state of affairs has to be taken by the people too. Take the recent instance of conduct of Parliamentary elections. The security forces have put in a tremendous effort to provide a free and safe environment for the conduct of the same. The centre too has given security reinforcement demanded for the smooth conduct of the elections despite there being a big shortage of manpower in view of the national commitment in the elections. Yet, the people of Kashmir have not come out to vote in the required numbers.

Under these circumstances the political leaders feel that they would be elected in any case, one or the other, and they will get to enjoy all the perks of the power, privilege and economic gains even if it is in turns. Look at the election speeches and statements that they make, all are based on negativity, divisiveness and disruption designed to raise passions.

The leadership of Kashmir is standing in the way of the people enjoying the “fruits of democracy and freedom” that the constitution of the country ensures to them. The distrust and insecurity in the minds of the people leading to doubts with regard to the constitutional structure have been created by the same leadership. The situation cannot become more unfortunate when seen in the context of what kind of life the people of should be leading as a part of the largest and most vibrant democracy of the world and what they have been reduced to due to the machinations of a select few.

The people of the state are educated, hardworking and dynamic; they are endowed with nature’s bounty and everything that is required to progress; if their governance is good they can make a contribution to the development and power of the nation rather than looking over their shoulder for support all the time. The centre and the rest of India would be only too glad to chip in if the single minded pursuit is towards peace and prosperity.

The endless debates on Article 370, Article 35A, AFSPA et al are not what is going to help the region and its people evolve. These are redundant subjects that are of interest to only a few who leverage them for political gains. What is going to help is a strong government that can root out the endemic corruption ion that is eating into the very fabric of the state. A government that can propel the state to its rightful place in the development index with modern forward looking economic policies; a government that can boast more about is own achievements than indulge in a blame game with the centre.

It is time for the people of Kashmir to stand up and be counted! They need to use their democratic rights and power to force the political leadership to deliver on their aspirations. They need to send out a clear message that they will not condone inefficiency and double speak from their leadership any more.

The harm done in the parliamentary elections cannot be undone. Now it is time to look forward towards the state assembly elections. The people can rest assured that the security forces will, once again, create a safe and conducive environment for the elections and that the election commission will guarantee free and fair polls.  It is up to the people to ensure that they check out each candidate on merit and give their precious vote to those who can change the narrative from the existing pessimism to a state of high morale and optimism.

(Jasbir Sarai is a social worker and activist of AAP)