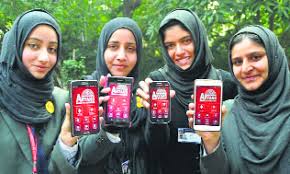 It is a month and a half since the decision to reorganise the state of Jammu and Kashmir into two Union Territories (UTs) was taken. The government has announced that these UTs will become effective on October, 31, which is another one and a half month from now. We are therefore standing in the cusp of this monumental decision. Volumes have been written and spoken on the subject. In the public domain, there has been both approbation and criticism even as the tilt has remained towards the former. In international circles the reaction from Pakistan has been virulent, as was expected, but the country has failed to garner support from other nations except China, and that also to a limited extent.

Under prevailing circumstances of a high degree of acceptance as also  in consideration of the fact that the new dispensation is irreversible, the best option would be to look towards the future and see how it can be leveraged for the maximum benefit by the people of the state and the nation at large.

The first benefit is that the malevolent shadow of Pakistan that has been lingering over the state since partition of the sub-continent in 1947 is gone forever. The Government of India has exhibited extraordinary will and courage of conviction to break Pakistan’s bogey and alongside the ruckus at the international level that the country generates all the time. The people of Jammu and Kashmir can now make decisions in the manner that they deem fit. Pakistan, UN, Organisation of Islamic Conference, US, Saudi Arabia and others to whom their self professed leaders used to go running for help and assistance are not likely to interfere any more.

With a view of seeing its bold decision hitting firm ground at the earliest, the Government is seized with the challenge to provide peace, negate divisiveness and accelerate development within the state. The message to the people is “You root for peace and democracy; the nation will work with you towards employment, development and prosperity.” Such a message would hold great significance to all peoples in the current world where quality of life is rated above all else and Jammu and Kashmir should be no different.

The people need to strengthen roots of democracy in their state; they need to integrate with their nation and onwards with the world. They need to optimise the resources that their nation is providing for their uplift. This aid is not a favour; it is a necessity to facilitate them in getting over the troubled era of foreign sponsored terrorism; they do not need to show gratitude, they simply need to put it to good use.

The evolving situation has also opened for the people a window of opportunity to go far a leadership change. They can use it to shed the small coterie of self-centered leadership and so-called intelligentsia that has dominated them for decades on end, in fact, since the country gained independence. While the politicians indulged only in self serving politics that ensured control over the state and its people, the so-called intelligentsia that attempts to take ownership of the so called Kashmir cause had nothing more than a motivated agenda to work on. The divisive agendas based on anarchic contradictions are, by now, well known and need no elaboration. With this new dispensation coming in, the foundation for a more responsive and new set of leaders has been laid. Let the old remain, as democracy dictates, but let them also prove their worth and fight for space with the new.

The new leadership of Jammu and Kashmir should be such that shuns ideological contradictions that are the main cause behind the divisiveness and disruption which plagues the society. Politicians with contradicting views complicate matters. The leadership should instead remain focussed on the well being of the people while following the path of good sense and moderation.

Such a thought process has been well expressed by Lt. General (retired) PS Mehta who is also a son-of-the-soil from Kashmir. “I think the wisdom lies in facing the reality and seeing the present situation as the exit or escape route from the evils of Azaadi and indoctrination by Pakistan and Hurriyat, but with dignity and joining the mainstream socio-politics of the new UTs,” he has said, most aptly, in a comprehensive article.

Despite diverse geographical regions and demographics, Jammu and Kashmir has forever remained rooted in a spirit of brotherhood, mutual trust, democracy and the ability to understand each other’s point of view. It is to the credit of the people of the state, especially the Kashmiri population, that they have kept their faith in democratic tenets even in the worst of times. They have, forever, maintained that their problems cannot be resolved by the gun.  It is these qualities which will now help in building a new era that will see the people achieving their lost glory and once again getting to the forefront as a highly cultured and prosperous civilisation. Every citizen of the state has to make a contribution in order to maintain this momentum. It is time for the Kashmiri community to become a master of its own destiny. Give peace and chance and then see the results.