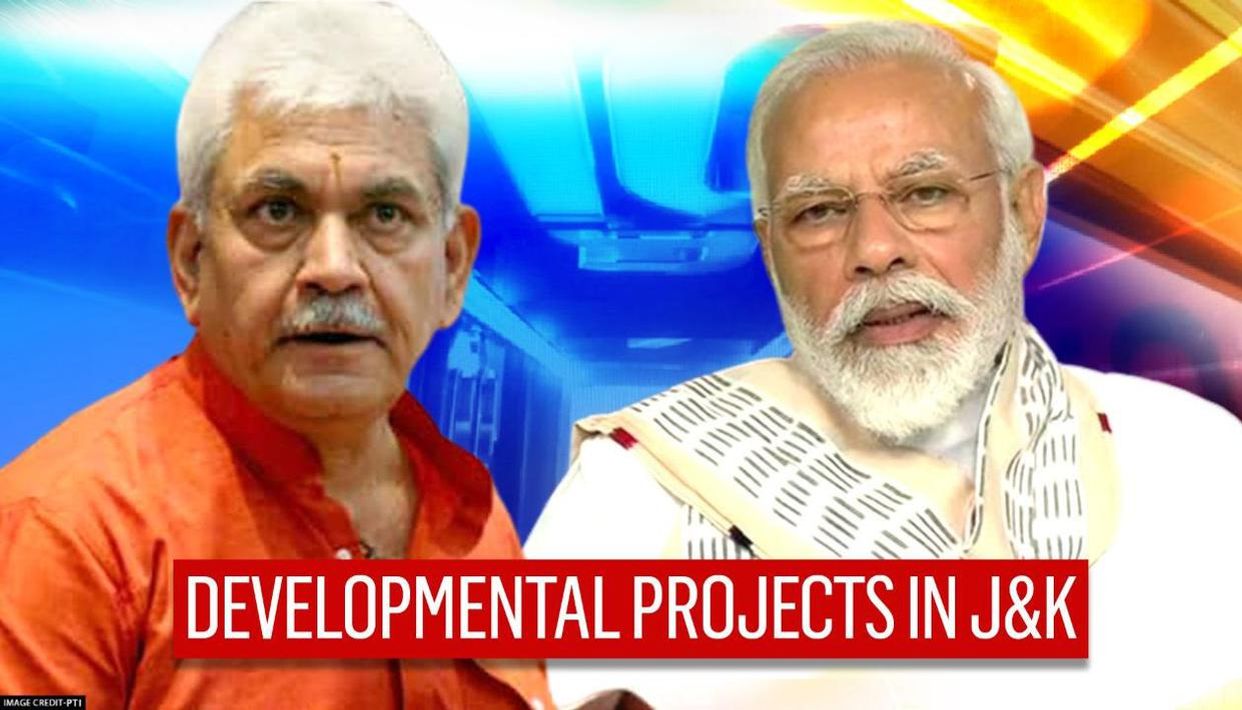 In Jammu and Kashmir, security and politics are interlinked. Due to foreign sponsored terrorism and unrest, the security and law & order situation attains primacy. On many occasions political activity in the erstwhile state and now a Union Territory (UT) became unfeasible due to a sensitive internal security environment. On all such occasions the security forces were given the responsibility to usher an acceptable degree of peace and law & order to facilitate restoration of the political process.

It is to the credit of the security forces, and especially the Indian Army, that on all such occasions it brought in a conducive environment to kick start the political process. Sadly, the feudal, blinkered, parochial and self serving leadership of the erstwhile State failed to take advantage and allowed the situation to deteriorate time and again. This has happened too many times in the past and has caused great loss to the security forces as also to the people of the region.

The Mehbooba Mufti led  coalition government was the last such instance when a peaceful environment was allowed to fritter away. Problems escalated to an extent that BJP was compelled to withdraw from the coalition leading to imposition of Governor’s rule amid enhanced security threats. Once again the security forces led by the Indian Army set out to restore the security situation. This time the forces got full support of the central Government and were able to contain the terrorist threat.

The resultant stability gave leverage to the government, in August, 2019, to change the status of the region from a state to two Union Territories  and also abrogate the draconian Article 370 and Article 35A.

Inimical foreign forces and their stooges within Kashmir were quick to predict a huge upswing in violence and dissension as a consequence to the changes made. These doomsday astrologers were shocked when their predictions came to naught. The people exhibited relief and looked forward to peace and normality as a consequence of the changes. The security forces ensured that the remnants of terrorism and divisive forces were not allowed to raise their ugly heads. The region, thus, experienced a degree of normality not witnessed for decades earlier.

Once again the environment is such where political activity can take center-stage. Taking advantage of this situation is now absolutely bin the hands of the people and their leaders. They have to work in concert with the central Government to create a new, more vibrant political and social dispensation in the region.

There are three factors that would be involved in meeting this challenge – security, development and democratic governance The security situation is well in control and will remain so since vigilance levels are very high and the forces are unlikely to allow it to deteriorate. A lot depends upon the cooperation provided by the people which will definitely remain forthcoming unless bad policies cause frustration and dissension yet again.

The UT government has a dynamic development agenda in place with  support coming from the centre.  Lieutenant Governor Manoj Sinha has set out a vision of  holistic and balanced development. What is of concern, however, is that J&K continued to be ranked a lowly 20 in the Sustainable Development Goals (SDG) index for the second time in January 2020, the first time being in 2018. This implies that the UT is lagging in all streams to include zero hunger, good health and well-being, quality education, clean water and sanitation, affordable and clean energy, decent work and economic growth. It was also low in categories of industry innovation and infrastructure, reduced inequalities, sustainable cities and communities, sustainable consumption and production, climate action etc. The present Government cannot be completely held responsible since it had started functioning a few months before the index was prepared but, from the data the reason behind frustration of the people with their leaders becomes quite apparent.

J&K Government constituted a high power committee of 23 bureaucrats including the Chief Secretary to finalise the action plan including mapping of departments and schemes for each SDG target. The action plan and its impact , however, is not in the public domain. When the change of status from State to UT was announced in 2019 it was said that 10 Union ministries would join hands to speed up development work. The parameters and impact of this initiative is also not known.

In January, 2021, the Lieutenant Governor had announced approval of a Rs 28,400 crore Industrial developmental scheme for the UT to boost the region’s economy and provide employment opportunities. Recently, he spoke of the agriculture sector in the UT getting more share of the budget component. It is hoped that the progress in these two schemes will be shared by the government at regular intervals to boost the morale of the people and give to them an indication that the promised development process is on fast track. The acid test for improvement will come when the SDG index for the year 2020-21 is declared. It is hoped that the same will show a perceptible improvement.

So far as the ushering of democratic practices is concerned the central government has given a commitment  for conduct of early elections to the UT Legislative Assembly and also reinstatement of the UT as a State in due course. The successful conduct of the District Development Council (DDC) elections was a step in the right direction. It has to be built upon to carry out timely and equitable delimitation of the state constituencies  and then holding of the elections to the legislative Assembly of the UT as a precursor to the change in status from UT to State.

It is not enough for the government to be committed, it has to be seen to be committed and result oriented. If promises are not kept then the faith of the people and the sacrifices of the security forces will come to naught. The ball is firmly in the court of the Government.

(Jaibans Singh is a geo-political analyst and columnist)