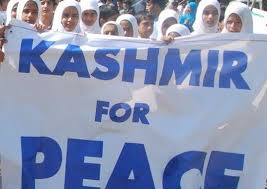 The situation in Jammu and Kashmir has been more or less stable ever since the legislative process for reorganisation of the state and necessary amendments to Article 370 has been approved by an overwhelming majority in the Indian Parliament.

No untoward incident of violence has been reported in the state. The Eid celebration went off in a peaceful manner and people are coming out slowly. The security forces, while keeping an Eagle’s eye, are facilitating this movement in a very cooperative and courteous manner. Government offices and primary schools have been opened, but attendance is low. Landline facility is being extended. Kashmir has seen much worse earlier in terms of disruption, disturbance and disorder. It can therefore be said that the situation is tense but very much in control.

Pakistan has said and done what it had to say and could do! After the initial bluster exhibited by Prime Minister Imran Khan and the drama orchestrated with a few friends in the United Nations Security Council (UNSC) that fell flat, the country now stands without option. It has some support from China and surprisingly also from the United Kingdom, but the same is insufficient to make a diplomatic impact. The country’s leadership has realised that there is not much that it can do and that it needs to concentrate on its own precarious internal situation which has the potential of spiralling out of control should it poke its face too much into Kashmir. It is therefore giving lip service to the so-called support and attempting to instigate the people of the state to agitate.

Pakistan will love to see the locals of Kashmir reacting forcefully with what it terms as “Intifada.” While the Kashmiris’ will be egged on to the self destructive path, Pakistan will give only “moral support.”So, what can be expected is a massive religion based psychological campaign by Pakistan to incite the people of Kashmir to come out in open revolt. It will be driven by the social media and supported by the many assets that Pakistan has nurtured in the valley and in its own land. Already the leaders of Pakistan based militant groups are circulating audio, video and text messages in social media groups in which they are inciting the people.

While things in the state and in international level are well in control, sadly, there is a lot of excitement in some circles within the country and outside of the state to see some modicum of disruption and instability coming up. Journalists, analysts, writers, authors, columnists and those who have a self view of being opinion makers, all have become experts on Kashmir of late. Volumes are being written on the subject, views are being expressed, advise rendered and predictions made. It is being said that the Kashmiri people are ready to strike as soon as the limitations are removed. Lifting of the restrictions, therefore, is being awaited with a bated breath as the harbinger of Hartals (Strikes), Bandhs (Lockouts) and stone pelting towards which end the hapless Kashmiris are being psychologically manoeuvred by forces from outside the country and from within.  The many elements out to ignite the situation have vested political and financial reasons to do so. Once things open up, these elements will actively engineer protests and disruption. The government is, quite rightly, unwilling to allow such a situation to develop which could lead to avoidable casualty to innocent civilians; hence, it is quite content to play the waiting game.

It has been firmly said by the Indian government that the changes made are an internal issue of the country and most nations have accepted this. They are maintaining a discreet distance. A similar courtesy from our local “experts” would not be out of place! It does not behove them to take ownership and decide for the people of Jammu and Kashmir. In Jammu and Kashmir there are so many regions and so many communities, each one of them will be affected in a different manner and will have to work out its own adjustments.  It is very important to give to the people of Jammu and Kashmir adequate time and space to absorb the changes that have taken place and work out their response to the same.

Let us keep polarising narratives out of the system, let us stop building a doomsday scenario. There is no apocalypse taking place in the region that calls for such stringent action from the self appointed guardians of the Kashmiri people as is being witnessed presently.

The Bhartiya Janata Party (BJP) has never deviated from its policy of abrogating Article 370 and Article 35A. Yet, the party got a sizeable success over a series of elections for local and parliamentary bodies in Jammu and Kashmir over the last five years plus. The party also won with an overwhelming mandate in the last two general elections. Surely, it was known that it would make good its policy and promise whenever the opportunity came its way; so, why this sudden show of horror and disgust over something that was bound to happen?

Let us get real, most parties were good with abrogation of Article 370 but were not ready to bell the cat. Now that the BJP has done it, they should at least show the courtesy of staying quiet instead of crying themselves hoarse for petty political considerations. The beauty is the legislations have not been removed, legal remedies have been resorted to make them redundant, yet there is a problem!

It is very important to give to the people of Jammu and Kashmir adequate time and space to absorb the changes that have taken place and work out their response to the same. It would be best for all those who are not directly affected to take a back seat and allow those affected to decide on their future course? Let us join hands to give peace a chance!

(Jaibans Singh is a senior columnist, author and commentator)