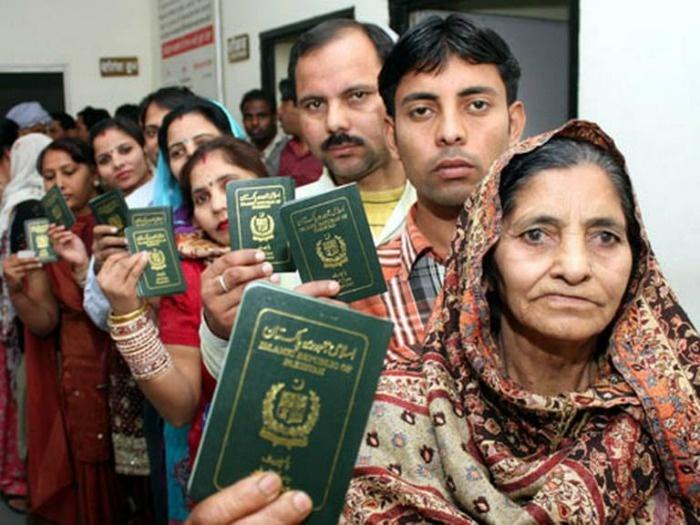 The Parliament of our great Nation has enacted the Citizenship (Amendment) Act, 2019, (CAA), with the noble, justified and righteous intention of easing the process of grant of citizenship to the persecuted religious minorities of Pakistan, Afghanistan and Bangladesh.

The merits or otherwise of the Act, that are been deliberated across the nation, have led to many discussions and interactions with those who have fled Pakistan and are now living in India. These interactions have thrown light on the inhumane manner in which minority communities have been and continue to be treated in Pakistan.

In Pakistan, minorities live like slaves without any established rights or the liberty of free life and movement. Those few children to manage to get to school cannot say “Yes sir” to the roll call, instead have to respond by saying “Allah ho Akbar.” They do not have right to worship even privately in their homes. To cremate their dead with normal Hindu customs, they have to first take permission from the police and then find some place in a far flung jungle for the mortal remains to be consigned to flames. Quite often the cremation is done in one’s own house, even the bones are not allowed to be collected. They are not allowed to hold marriage celebrations in the open.

The young girls of these communities are forcibly converted to Islam and then married to Muslims. Police does not register complaints of the families when the process is being carried out. The girl is made to sign the conversion paper and married off. The conversion paper is then presented to the Court for acceptance which comes with great alacrity; then the case is closed. It is only recently that high profile cases like the abduction and marriage of the daughter of a Sikh religious teacher of Nankana Sahib got highlighted and skeletons started tumbling out of the closet.

The refugees of Pakistan term such conversions as a regular process that has been going on since Pakistan came into existence. It is one reason behind the population levels of minorities falling at such a devastating scale. Pakistan, at the time of partition had more than 14 percent minority Hindus, Sikhs, Christians, Buddhists, Jains and Parsis in Pakistan and now it is reduced to a paltry one percent. Millions of people have simply disappeared in thin air.

The Sword of Blasphemy Law, one of the most brutal and discriminatory legislations in the modern world, is continuously hanging over the head of the minorities. On the face of it the law prohibits Blasphemy against any recognised religion and provides for punishment ranging from fine to death. In actuality, it is being used to suppress and brutalise the minorities in the country.  It is in absolute contravention to international norms on human rights, especially those related to the rights to freedom of religion and belief; freedom of expression; and equal protection by the law.

A good example of the diabolic nature of the law is the case of Asia Bibi which is now in the news. Asia Bibi is a Christian woman from Pakistan who got into a tiff with other ladies while harvesting their fields in 2009. She was accused of making some offensive comments against Prophet Muhammad (PBUH) for which she was arrested and sentenced to death. It was due to tremendous pressure from the Christian nations that she was allowed to leave the country and is presently settled in Canada. Others have not been as lucky with some having been stoned to death for Blasphemy in a barbaric medieval ritual. No record of such crimes is allowed to exist; it simply put under wraps.

There are a large number of persecuted Hindu and Sikh families in Pakistan looking to leave the country but finding it difficult to do so due to enhanced restrictions that preclude any possibility of visiting India and staying back as was the norm earlier. Such families are now taking the Afghanistan and Nepal route to get to India which is both dangerous and expensive.

The harassment by Pakistan of those who have managed to come to India does not end with the deed done. Frequently, they have to visit Pakistan embassy to get their passports renewed where they meet with endless roadblocks and rampant corruption. Each renewal costs them more than Rs.10000/- which they can ill afford.

The refugees coming from Pakistan feel that only India can understand their problem and their plight. It is on this magnanimous country that they have pinned all hopes for their future. They are emphatic in their assertion that if Government of India does not take the lead to assist them then none other will. They are sending fervent appeals top the Government of India to apply the provision of CAA so that they can resume their shattered lives as proud Indians.

One can only look back with nostalgia at the promise made by Muhammad Ali Jinnah to the people of the country. “You are free; you are free to go to your temples, you are free to go to your mosques or to any other place of worship in this State of Pakistan. You may belong to any religion or caste or creed — that has nothing to do with the business of the State,” he said. Apparently, his successors have other ideas about what the nation will look like in the future. Prime Minister Imran Khan, particularly, has demonstrated that he will not hesitate from committing Blasphemy with this office and the minorities of his country to achieve his vision of a pure Islamic state.

The world needs to take cognizance of the genocide that is slowly taking place in Pakistan. The responsibility on India is all the more acute. While being concerned about all the groups that are suffering, special attention has to be given to the Hindu, Sikh and Christian communities.

(Jaibans Singh is a strategic analyst, author and columnist)