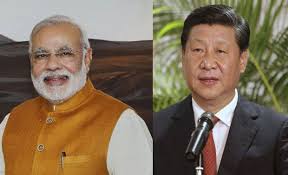 Any talk of Indo-China relations automatically brings in mind the Line of Actual Control (LAC) and the border dispute; issues that are covered graphically by the Indian media with a fair dose of sensationalism. On the LAC, patrols of the Chinese army routinely enter into Indian territories and kick of a media opportunity by showing banners, pitching tents, leaving behind tell tale cigarette butts etc. All of this is eagerly lapped up by the Indian media while the Chinese have a good laugh at the discomfiture caused.

A good point to ponder upon would be – why are the Chinese not coming forward to resolve the festering border issue? After all, the territories involved are not strategically and economically so significant that a little give and take cannot be resorted to; despite numerous meetings and discussion the two countries have, as yet, not even been able to demarcate the LAC on maps.

China, on the other hand, has been quick to resolve its border issues with its other neighbours; it is largely with India that there is a problem. Two reasons come to mind for the same. One, the Indian bureaucracy already very famous for following a status quo approach, is not allowing the talks to progress. Two, the Chinese leadership does not want the talks to progress at all.

Government officials in China do exactly what they are told to do by the political leadership.  Is it, therefore, the political leadership of the country that is stalling a forward movement? Is China exploiting the border dispute with India as a diversion to keep the Indian people, and more importantly, the Indian media occupied while a bigger game is being played out in some other front?

It would not be unreasonable to presume that whenever China is orchestrating some significant regional development or its leaders are visiting some South Asian or South pacific country it sends its soldiers on a picnic to Ladakh or Arunachal Pradesh. They entertain themselves by causing embarrassment to the Indian armed forces which is religiously documented by the Indian media.

China’s bigger game is, very evidently, its attempt at maritime domination of the Asia-Pacific region. The Indian media, especially the electronic segment, bursts into nationalistic fervour the moment a cigarette butt is left somewhere in remote Ladakh but there was not a whimper when China plays out malevolent political games in the Indian littoral and other neighbouring countries.

Not many in India know the manner in which Maldives has terminated a contract with a consortium headed by the Indian GMR group for maintenance of the Maldivian international airport at Male. Fewer people in India know that on at least one occasion the Indian Ambassador to Maldives has been given a public dressing down by the political leadership of the country.  How would a small archipelago like the Maldives have the temerity to behave in this manner with India? Very obviously it is doing so on the basis of support from a bigger power and there is no bigger power than India in the region except for China.  Similar brinkmanship has been witnessed in the attitudes of countries like Sri Lanka and Myanmar also.

It is common knowledge that China has succeeded in dominating the Indian littoral with its activities in the Gawadar port in Karachi, Pakistan; the Hambantota port in Sri Lanka; the sea facing Chittagong in Bangladesh and the ports in Myanmar. It is also well known that China is indulging in some aggressive diplomacy with Maldives and Seychelles. Such important happenings are, quite strangely, being ignored by the Indian media when they should be holding centre stage. The only reason that comes to mind is that such talk does not provide the kind of sensationalism that a transgression on the LAC provides.

PM Modi has taken upon himself and his government the challenge to contain India’s shrinking strategic space in her own neighbourhood. He has given tremendous importance to the countries neighbouring India. By inviting the heads of state of SAARC nations for his swearing-in ceremony he wrested the initiative from China and set a new pace for regional diplomacy. It is not by chance that PM Modi chose neighbouring countries that still have a border dispute with China as his first two foreign tour destinations. This fact would not have gone unnoticed in China also.

In his vision for India, Prime Minster Modi is quite clear about the importance of the sea lanes with special reference to the Pacific Ocean. He is unwilling to be drawn in a slugfest against China on the boundary issue and is not hesitant in taking his diplomatic entanglement with the wily President Xi Jinping of China to regions as far away as the Fiji Islands.

There is no denying that India cannot match China when it comes to providing largesse to the neighbouring countries but as of now India is no longer giving a free run to China. At the same time India is associating with countries like Japan, Vietnam and the US to contain the Chinese maritime blitzkrieg. India needs to play up its traditional ties with the neighbouring countries that have been there for many millenniums

The time to be upfront about India’s strategic concerns has arrived. The border dispute should not be allowed to hold hostage the other more important aspects that mark Indo-Chinese strategic equations. The entire strength of the nation with professional articulation by the Indian media needs to remain aligned behind the new dynamic policy being followed by PM Modi and his government.

The Chinese understand no language better than the language of power, they respect power.  If India does not blink, China will learn to respect the Indian viewpoint.