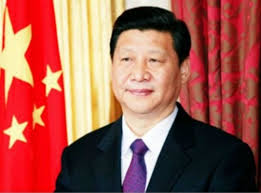 On November, 20, 2013, Prime Minister Dr Manmohan Singh is embarking on a visit to two powerful countries that play a significant role in the geo-strategic environment of the country. It is also looked upon as his last major overseas trip before the general elections slated for 2014. The Prime Minister will be in Russia from November, 20 to November, 22 and will then proceed to Beijing where he will stay till November, 24. To a discerning person the incongruity of visiting a friendly country that provides military wherewithal against a second country that is being visited immediately thereafter cannot be lost. But then, such are the ways of politics.

While the Russian visit signifies reiteration of a long standing relationship, it is the visit to China that is drawing all the attention. The Indian official release dwells on a high sounding note of talks with the Chinese leadership on bilateral, regional and global issues that actually conveys nothing substantial. Even a child can understand that the leaders of the two countries will not discuss the weather or the future of their grandchildren. The only worthwhile information available is the possibility of signing of a Border Defence Cooperation Agreement (BDCA) to reduce the tension on the line of actual control that has gained considerable media attention of late and has been instrumental in causing a strain in relations between the two countries.

Would it not be more prudent for India to look at China beyond the border issue? Would it be very wrong to suggest that the border skirmishes are diverting attention from other major aspects on which a strategic dialogue is a must? These are the posers that are looking for intellectual brainstorming in the prelude to the visit.

The first point that comes to mind is China’s engagement with Pakistan. It is well known that the two countries have been strategic partners for decades. There are innumerable occasions when China has bailed out its abiding ally from an economic/security mess. It is also well known that China supports Pakistan against India in all issues raised in international forums. It is also a fact that Pakistan is drawing strength to show two fingers to India due to its proximity to China. What India now needs to realise is that even China may be poised for a shift in its traditional stand with regard to Pakistan. China understands that Pakistan is no longer an ally to be depended upon, if ever it was. There are indications that China is becoming wary of Pakistan due to the inability of the latter to control its fundamentalist and extremist elements. The spillover of Islamic fundamentalism from Pakistan into the Uyghur Muslim dominated areas of the Chinese Xinjiang province is now a major irritant for China. On the economic front, China is realizing the futility of looking at the Karakoram Highway and the Gawadar ports as strategic economic assets due to the turmoil in Balochistan and the insurgent conditions in Gilgit-Baltistan.

There are other areas where China realises that it would need to join issues with India especially so in the economic front. One such region is the Central Asian Republics (CAR) that comprise of Kazakhstan, Kyrgyzstan, Tajikistan, Uzbekistan and Turkmenistan. These countries possess a vast wealth in minerals and other natural resources urgently required by both India and China. India has deep cultural and historical ties with the region but it no longer has a direct access since the connecting area of Gilgit-Baltistan is in the illegal control of Pakistan. Not only that, Pakistan has illegally ceded vast tracts of land in Gilgit-Baltistan to China and has allowed unhindered access to the rest.

At this stage when CAR is looking for development opportunities it is only China that is in a position to meet its aspirations. China is following a familiar pattern in its exploitation of the region; tap its natural resources and pay back with consumer goods thus serving a twin objective of feeding its monstrous industrial machinery while also finding a readymade market for the finished products. Chinese President Xi Jinping made it a point to visit CAR immediately after being anointed, thus indicating the importance of the region in his scheme of things. During his visit Chinese media reported a 100 fold increase in trade volume up to an astounding $46 Billion. The biggest success story is the gas pipeline from Kazakhstan to China developed jointly by the China National Petroleum Corporation and KazMunaigas. It runs from Atyrau port in north-western Kazakhstan to Alashankou in China’s northwest Xinjiang region.

Within its limited options to meet the Chinese onslaught, India last year launched a “Connect Central Asia Policy” whereby she is attempting to join with some European Nations in sharing the natural resources like oil, gas and most importantly Uranium from both Kazakhstan and Uzbekistan. India is looking for a foot hold in the development needs of the region but here also the county’s famed bureaucratic approach and slow mechanisms make it a far away choice in competition with China. Indian needs to sit with China and work out a resource sharing agreement. It would be worthwhile to lobby for membership of the Shanghai Cooperation Organisation (SCO). The visit of the Indian Prime Minister to China will provide the much needed opportunity to test the waters with respect to the aforementioned significant issues.

China, of course, understands only the language of strength and it is here that the Indian resolve to build on its military capacity will come into play. China will attempt to derail India’s new found though much delayed military pro-activism by threats and some diplomatic cajoling, it is important for the Indian leadership to remain steadfast and not yield any ground. Signing of the BDCA is a step in the right direction but the guarantees have to be fool proof and a workable mechanism to find a final solution to the border dispute needs to be put in place.