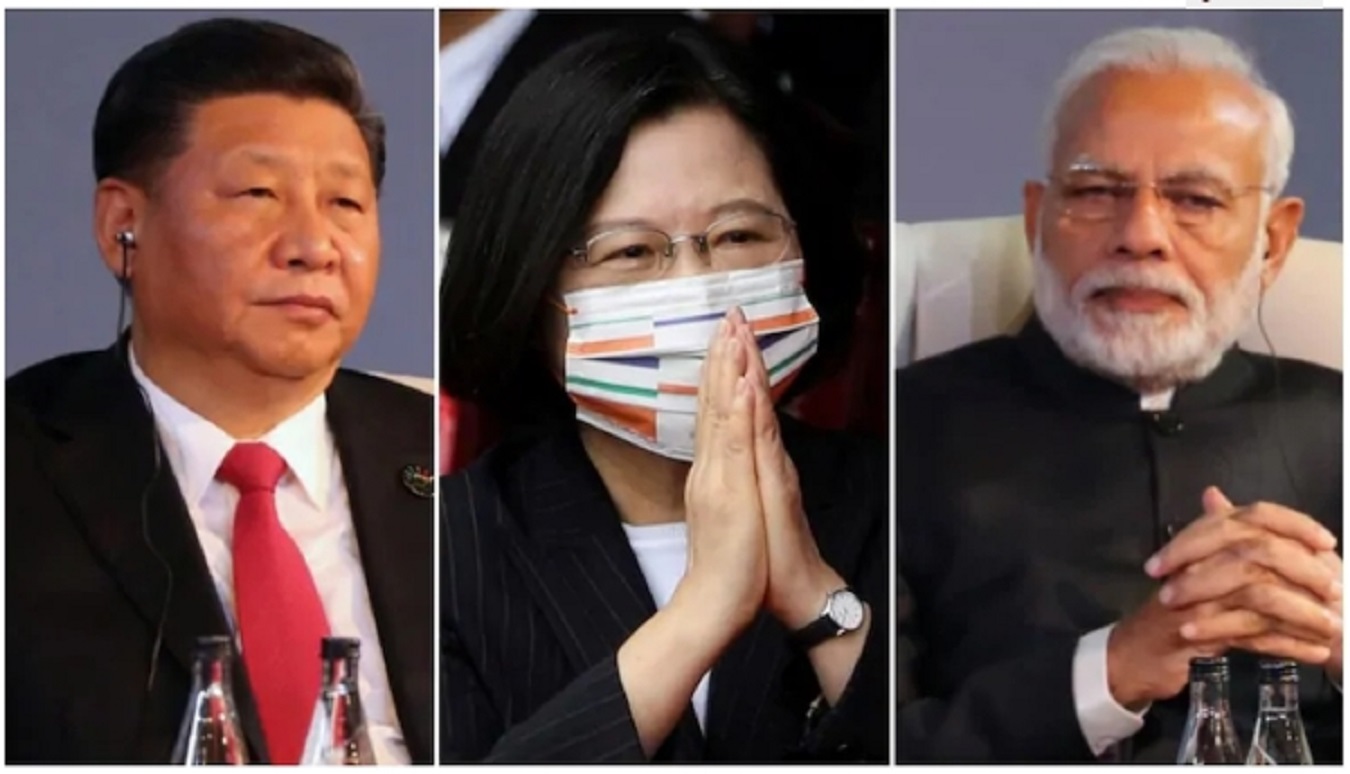 The whole world is appalled by the recent Chinese aggression against Taiwan, a small island that believes in democracy and self governance and one on which China has cast an evil eye since decades. Sadly, China has been pursuing such belligerent, malevolent policies against its neighbourhood and beyond since decades and the world has always remained a mute spectator.

If the international community had exerted military and diplomatic pressure upon China in 2020, when it made a blatant attempt to forcibly occupy territories of neighbouring India in the Ladakh sector, China would probably have been wary of unleashing this aggression towards Taiwan now.

India gave China a bloody nose in the hair rising  face-off and forced it to eat humble pie. The fact, however, remains that the world simply stood by and left India to face Chinese malevolence all by itself and this has  greatly increased the confidence of the country to show “Dragon eyes” across its extended neighbourhood and beyond.

Totalitarian regimes like the Chinese Communist Party (CCP) with dictatorial macho leaders like President Xi Jinping  can sustain themselves only if a powerful image is maintained in the minds of the suppressed population. Such an image of the Chinese leadership was greatly dented in eastern Ladakh and now an attempt is being made to resurrect the shattered reputation through military hostility towards Taiwan, Philippines and other smaller nations that cannot react as forcefully as India did.

In recent days China has sent several air sorties over Taiwan; there is also talk of a Chinese aircraft carrier group being placed in the vicinity of Taiwan for active operations. These activities give enough indication of preparation for a full-fledged invasion of the small Island nation. The Philippine military is also sending light fighter aircraft over hundreds of Chinese vessels in disputed waters in the South China Sea.

The Government of Taiwan has expressed the determination of the country to fight against this blatant aggression. The courageous country is going through its emergency anti-landing drills. Other wartime facilities like hospitals and essential services are being boosted.

The threat has been acknowledged by the United States that has responsibility for the defence of Taiwan against Chinese aggression. “The threat is closer than we think and the United States needs to be prepared to defend its long term ally (Taiwan),” said Admiral John Aquilino, Commander of the US Indo-Pacific fleet that will respond first to any Chinese military misadventure in the Indo-Pacific region.

However, by blatantly going against Taiwan, China is giving an indication that it no longer respects the US as a military threat. This is also a result of US inaction when the face-off in eastern Ladakh against India was underway.

China needs to pause and reflect upon its position. The US is showing great determination in coming to the aid of Taiwan  militarily and its actions will have complete support from the QUAD nations, European powers like France, UK, Germany and some ASEAN nations. The US under President Joe Biden will always wish to contain the Chinese with the help of allies and partners, rather than unilaterally and it is here that the posture of the global community (including India)  becomes significant. The global support also comes on the basis of real-politic insofar that Chinese takeover of Taiwan will pose a huge threat to global trade, much of which passes through the island.

China only has Russia to look towards and can possibly pressurise some ASEAN nations; these diplomatic manoeuvres are tenuous and cannot be depended upon if push comes to shove. Pakistan, of course, remains eternally beholden to China and it is from there that the country will get maximum and unstinted support.

For India, the path ahead is challenging both militarily and diplomatically. India is following the policy of “containing and engaging China simultaneously.” While remaining ready to stabilise ties to avoid conflict she is also ready to join a global effort to contain Chinese expansionism. The country is supporting QUAD to offset the aggressive attitude of the Chinese.

India is constantly on the lookout for closer security relationships with politically reliable, like-minded states. In the coming months the country is likely to increase her association with NATO to the extent of becoming a partner, something that both Pakistan and China are wary of.

In the evolving situation it is the US-India relationship that remains the most significant since India is in the strongest position to assist the US in maintaining balance of power in the region. It remains to be seen how far the US is ready to walk the talk in ushering an “Indo-American millennium” in the coming times.

It is in this context that the Indian reaction to the ongoing situation in the Indo-Pacific concerning Taiwan becomes significant. An all out military support might lead to heating up of the Line of Actual Control (LAC). India has never shied away from taking a position that is righteous and justified. Chinese aggression against Taiwan is neither righteous nor justified, and hence, full military support will be in order. Having said that, it is also necessary for the world and especially the US to stand by India in a manner that is more assertive than the one witnessed in the recent face-off along the LAC.

The final word, naturally, has to go to China and Chinese policies. The country has many domestic problems like slowing down of its economy and more significantly an aging population; it is said that China will get old before it gets rich. The proclivity of its dictatorial leadership to meet these challenges with risky ventures, like the faceoff along the LAC with India, followed by the present problem that it is creating in the Indo-Pacific, is not likely to pay the desired dividends of keeping its domestic flock under control with a show of power. Instead, the leadership will find itself facing growing anti-China sentiment. Then it will lose control over its people too.