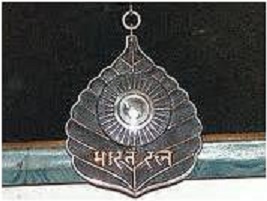 Bharat Ratna is the highest civilian award in the Republic of India., the order was established on January, 02, 1954 by the then President of India, Dr Rajendra Prasad. This prestigious award was to be conferred in recognition of “exceptional work in the advancement of art literature and science and in recognition of public service of the highest order”. The provision for conferring the award posthumously was added in January 1966; the order was amended in 2011 by modifying the eligibility criteria to, “exceptional service/performance of the highest order in any field of human endeavour.” It is widely believed that this was done to clear the decks for conferring this honour upon Sachin Tendulkar. Be that as it may, the amendment did expand the scope of the award and brought into its fold a number of fields that had earlier remained out of its purview.

Surprisingly, no person from the armed forces has ever been considered for the award. It is being said that those in service of the government are simply performing their duty and as such cannot be considered for such an award. If this be the criteria then Shri Abdul Kalam, former President of a India, who has been conferred with the award would not be eligible since he has been a government servant all through his professional career; other political personages who have done public service while drawing a salary from the government as prime ministers, presidents and members of parliament would also not be eligible. Secondly, if a number of veterans of the armed forces can be conferred with other civilian awards like the Padma Bhushan, Padma Vibhushan, of which there are many instances, then why not the Bharat Ratna?

It is also being said that the armed forces have their own set of awards and that the Param Vir Chakra, the highest gallantry award in the country, stands next to Bharat Ratna. This argument fails on merit because gallantry awards are conferred in recognition of a single instance of raw courage in the heat of battle against enemies of the nation, while the Bharat Ratna is recognition of a life time of hard work and exceptional achievement.

There are innumerable instances when “exceptional work” has been done by the soldier citizens of the nation while in service and post retirement. The names of Field Marshal KM Cariappa, Field Marshal Arjan Singh and Field Marshal SHFJ Manekshaw instantly come to mind. These three distinguished personalities are national icons and role models from whom successive generations have drawn inspiration; they have always been looked upon with awe and respect for having exhibited leadership beyond compare. Even after retirement their commitment to the national cause was extraordinary, with sterling contributions in varied fields of diplomacy, business, academics, social activities etc. Their larger than life personas made them the most apt ambassadors for all that India stands for. Why then can they not been considered for the highest civilian award of the country?

There are other soldiers who have rendered exceptional service in the cause of the nation; Rajyavardan Singh Rathore and Milkha Singh were pioneers in creating space for India in the arena of sports. It is only after Rathore won a silver medal in the 2004 Olympics that Indian sportsmen gained confidence in their capability to compete with the best; the next Olympics saw a distinct improvement with one gold medal in the kitty; in London we expect a much better performance. Is this not a feat comparable, if not better, than what Sachin Tendulkar has done for the nation? There are others like former army chief General KV Krishna Rao and Lt General (Retired) SK Sinha who had the courage to accept Governorship of areas which were reeling under insurgency and dissent and make a difference. Is it proper for the nation to allow their contribution to civil society to go unnoticed?

In April 2012 Defence Minister AK Antony paid tribute to the late Field Marshal SHFJ Manekshaw, on the occasion of his 98th birthday, at his home town in Coonoor. The media put forth a query to him about conferment of the Bharat Ratna to the national icon. The worthy minister avoided the issue by stating that only the government at the centre can take a decision on the subject. It is this attitude which needs to be changed.

It is not being suggested that all eminent retired personnel of the armed forces be given the Bharat Ratna; it is simply being emphasised that many Indian soldiers make contributions to the nation and society, while in service and in the civil stream, which are worthy of consideration for conferment of the highest civilian award of the country. It is not proper to ignore them simply because there is a different set of awards instituted for their service achievements. The highest civilian award has its own prestige and honour; it provides to the coming generations a different set of inspirational role models amongst which some members of the armed forces must hold a place of pride.