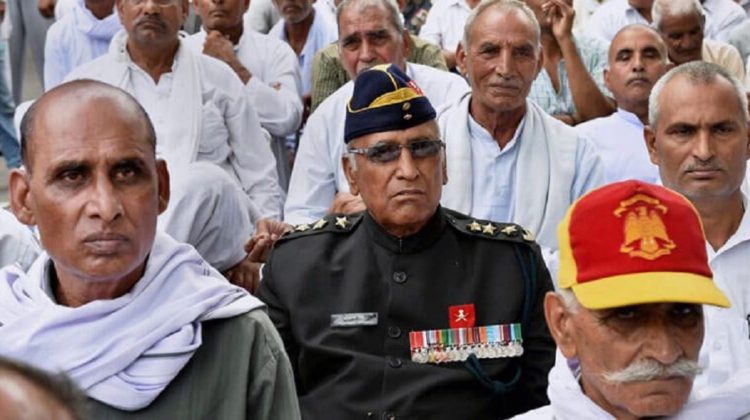 Agnipath, the new Human Resource policy of the Indian Armed Forces, after remaining on the drawing board for a couple of years, has finally been approved and declared. The period of evolution and the final declaration witnessed heated articulations on multiple media platforms by some members of the veteran community. The final declaration has triggered unprecedented violence across the country. What is worrisome here is the increasing chasm between the veteran and the serving soldiers of the Indian Armed Forces. There is a need to reflect upon the manner in which the relationship is changing.

The basic military ethos is for a soldier  to exercise command while on duty and to the extent of the authority vested. This authority is well defined right from the rank of a Section Commander to the Army Chief. The soldier is trained for each level of responsibility that he is called upon to undertake. He acts in the best interest of the troops under his command and the tasks assigned to him, within the directions from his seniors.  The ultimate motive is to serve with honour so as to superannuate with an “unblemished” service record and attendant dignity.

The Armed Forces have an ethos of respecting the work of each and every soldier. The fraternity stands by good decisions and protects the soldier should he go wrong. The military is one organisation that makes a clear distinction between an “act of commission and act of omission,” wherein, omission finds many hands coming up to right the wrong committed unintentionally.

A military veteran is expected to keep in close touch with the service but only to the extent of raising the morale of the new lot and helping them tide over the difficulties of a tough life. He is always there but in the shadows, coming out only when called upon to do so and then too with due restraint.

The tradition is to avoid direct intervention in the functioning of the force and respecting the decision of the incumbent commanders. To maintain respect, a military veteran should always remain conscious of the adage “Old soldiers never die. They just fade away.”

In the last decade and a half, mostly due to easy availability of advanced media resources, particularly social media, the traditional relationship between the military veteran and the serving soldiers is witnessing a very unfortunate change for the worse. The instances of unwanted and unsolicited interventions by veterans in the functioning of the forces are on the increase. These could be acceptable if they were being put across in a positive, mature and well considered manner, sadly, in many cases these are terse, aggressive, opinionated and many times downright insulting  towards the serving fraternity.

This change had been slow but lethal. In the beginning of this millennium, military matters came out into the media  only through writings of a few veterans who were working with established Think Tanks and institutions. Some articles by senior retired officers were picked up by established newspapers and magazines. An ex-Army Chief started writing a syndicated column for a reputed magazine, a retired General working for a state owned media house. These acts constituted a revolutionary shift from the concept of remaining incognito.

Sometime during the turn of the century, post the US-Iraq War and up to the Kargil war, the hunger of the audience for information on defence and security triggered a hunt by the media for Television commentators and columnists. Here too a few retired Generals and yet another ex-Army Chief gained limelight.

Till this point in time, most of the discussions revolved around our enemies, especially Pakistan and China. Most veterans speaking in the media took good care to keep the honour and good name of the forces sacrosanct.

It was in the first decade of this millennium that things started changing. The seed of acrimonious, sensationalist coverage of defence matters was sown by some veterans turned professional journalists in an attempt to further their new careers. Some veterans lobbied to find media space and adopted an abrasive style, much to the delight of the news channels always hungry for TRPS through sensationalism. A massive hunt for more such military speakers was launched. Happily for the media, there was no dearth of veterans eager to get into the limelight while also creating for themselves employment avenues. 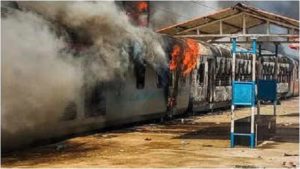 The very smart anchors of television news channels and editors of newspapers channelised the misplaced energy of these “defence experts” into picking holes in the internal functioning of the Armed Forces. Through oblique references, chinks in the operational capability  of the forces were sought to be brought out. Opinions gradually veered from the good to the not so good and finally becoming out-rightly critical at times. Soon enemies of the Nation and internal forces having a political axe to grind started exploiting such interventions.

The advent of social media put the final nail in the coffin of the tradition of restraint. Some veterans are now not shy of publicly insulting even their Chief with unmentionable adjectives. Horrifying motives of putting self interest before service are attributed to the decisions that the military leadership takes. These insinuations are made without tangible evidence being presented in their support. As a result, the Indian Armed Forces now spend more time fighting dissent within the country (and from their own fraternity) than out of it. It seems that the Information Warfare of the forces will have to open a separate department to “manage” internal  perceptions being generated by veterans.

The matter has reached a stage where our veterans are giving opinions on the Tour of Duty scheme even before it has been officially notified. Facts are being quoted without establishing the source of the information received. More unfortunately, instead of being presented as well meaning advice given to boost a decision many articulations, more so on television, are downright derogatory and insulting.

It is important to note here (with utmost satisfaction) that a majority of the veteran community has remained absolutely silent on the scheme or given their views confidentially to senior serving leaders of their respective regiments. The more mature and professional “defence experts” have also taken the traditional approach and remained silent on the issue publicly.  A few have written articles that are balanced, giving pros and cons of the scheme, as they view it. Another lot, mostly from among those officers who have  recently superannuated and who were a part of the policy making exercise for this scheme, have written strongly in its favour. The worst reaction is coming in the form of opinionated, hostile and destructive comments on social media

Our simple minded veterans fail to realise that in their attempt to attack the political dispensation that they are opposed to, they actually weaken the position of their own serving military leaders and with them the Armed Forces.

It has been established that certain elements like the coaching mafia, student unions and political parties  have picked up the angst shown by the veteran community and chosen to attack the government through engineered violence as has become the custom in the country. Most among those who have been caught spreading the arson are well above the age limit of joining the Armed Forces and hence not affected by this scheme.

While the policy will find application and will also evolve with time as per the course corrective precedents in military organisations, it is for the veteran community to introspect upon the role it has played in fanning the violent outburst that is being witnessed with regard to the Agnipath scheme. It is also necessary to establish as to who will emerge as a loser from this unfortunate incident of engineered violence, the political party in power or the Armed Forces? The answers to the above posers can be the benchmark in re-tuning the relationship between the veterans and the serving military fraternity of the nation.