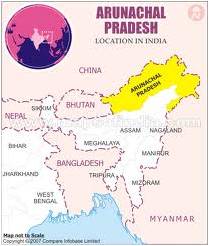 At long last it seems that the Himalayan frontiers between India and China in the North East will get the military capability that the Indian Army has been looking for since long. A new strike corps has been cleared for this region. It will provide a military balance against China in asserting control over India’s Himalayan possessions. The formation of the new strike corps has been under consideration for the last two years, but has only now been confirmed. It is reported that it will bolster India’s defence of Arunachal Pradesh in concert with the two new mountain divisions already under raising. This strike corps is likely to significantly alter the Himalayan dynamic. In addition to its new divisions, India is upgrading its defensive infrastructure along the LoAC with a budget of approximately $ 2 Billion. India has also deployed 36 Sukhoi Su-30MKI fighter aircraft at Tezpur. China has significantly enhanced its infrastructure leading up to the border, notably in the form of an extensive rail network, as well as deploying road-mobile DF-21 medium-range ballistic missiles in the area.