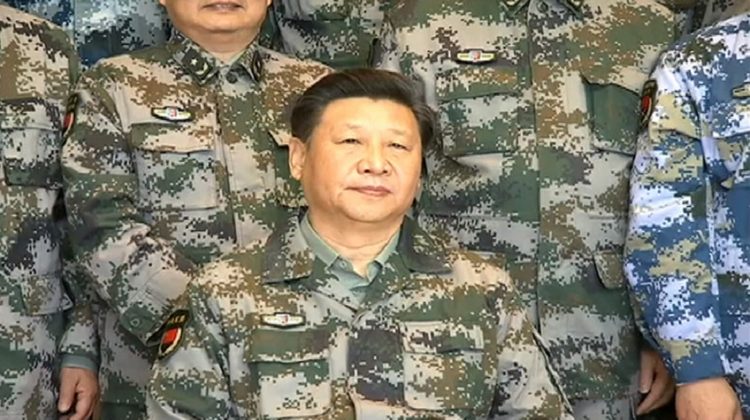 Winters used to be looked upon as a lie-low time along the Line of Actual Control (LAC) with China.  In present times, the extreme cold conditions are utilised by China for launching sophisticated information battles and psychological operations. This year the intensity seems to be more than normal.

In India there is an All Party Parliamentary Forum for Tibet. The Members of Parliament (MPs) who constitute this forum recently attended a dinner hosted by the Tibetan Parliament-in-exile in Delhi. This very legitimate social activity by the MPs was enough for China to go ballistic. In an unprecedented move that goes against all established diplomatic norms, the Political Counsellor of the Chinese Embassy in India sent individual letters to the MPs. “You are a senior politician who knows China-India relations well. It is hoped that you could understand the sensitivity of the issue and refrain from providing support to the Tibetan independence forces, and make contributions to China-India bilateral relations,” wrote the Counsellor. Very clearly, China wished to give to the world an impression of being a strong world power with the intention of creating fear and apprehension in the minds of the smaller countries that it is trying to dominate. It used India as  a lever to give out a larger message.

Naturally the MPs have  expressed agitation at this show of arrogance by the Chinese and clarified that the objective of the forum is not to advocate for the independence of Tibet but to build a relationship between the government-in-exile and the people of India because of the shared history, shared civilization and linkages.

From the reaction of the Chinese it is also very clear that China is taking Tibet very seriously. It is so because of the need to keep it isolated from what is perceived to be an Indian attempt to gain confidence of the Tibetan community by giving “moral support.” The fact that the region is restive because of  decades of suppression and interference in the religious affairs of the predominantly Buddhist community is being conveniently sidelined by China.

In a short time after the belligerence shown by the political counsellor, the Chinese propaganda machinery changed its approach and attempted to adopt a conciliatory tone. An article posted in the Chinese government controlled publication, the Global Times, attempted to utilise the traditional exchange of sweets along the LAC as a reason to suggest that relations between the two countries are “stabilising.” There was even a suggestion that the forthcoming talks between the military commander will have a positive outcome.

The cat came out of the bag when, in the course of the article, an attempt was made to pressurise the community of strategic analysts in India by referring to those who write against Chinese hegemonic policies as an “anti-China group that attempts to desensitize India-China relations because of the border conflict.” 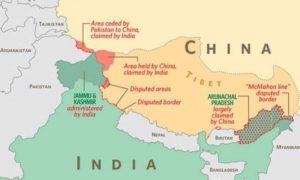 “Although these voices (nationalist analysts) do not yet have the ability to influence the Modi government’s foreign policy, it is playing an increasingly hostage role and Indian society seems to be gradually developing an atmosphere that praising China and cooperating with China is politically incorrect,” writes the paid columnist in the referred article. Once again China has conveniently attempted to prop up those within India whom it supports financially to write in its favour and attacked those who have a nationalist viewpoint.

The foregoing multiple attempts to gain an upper hand in the information domain are third rate propaganda, but it does work on the Chinese population and on the smaller countries that China is trying to gobble up.

Added to the above is the Chinese attempt to pressurise the Government of India. Apart from the massive build-up of infrastructure including roads right up to the LAC and airports etc, it has also standardised the names of 15 more places in Arunachal Pradesh in an obtuse attempt to  stake claim over the area. Further, in July 2021 President Xi Jinping visited the Chinese held Nyingchi prefecture, a few kilometres north of Arunachal Pradesh. The message being sent by this visit  has to be seen in the overall context of the Chinese information strategy with respect to the border dispute and engagement with India.

Notwithstanding the doomsday scenarios that many so-called strategic analysts (also from India) build in favour of China mostly by referring to territories along the LAC coming under control of the neighbouring country, the reality is that the Indian Army is in a very firm position along the LAC.

It is quite obvious that China is rattled by the events of 2020 when the Indian Army gave it a bloody nose. The attendant massive build-up of Indian forces along the LAC and the firm stand taken by the Government of India under the leadership of Prime Minister Narendra Modi was never expected by the Chinese leadership and left it quite apprehensive. China is aware that any further misadventure along the LAC will elicit a massive response from India leading to a huge financial cost for China with nothing achieved.  It is in this context that the military approach has been replaced by mammoth psychological operations.

India needs to forcefully respond to the propaganda initiatives being taken by China. The dubious policies and aspirations of the Chinese leadership needs to be exposed, every move that it makes in the information domain needs to be countered. In this, India can also incorporate its allies in the QUAD and other like-minded countries especially those in the neighbourhood like Russia and CAR. Most importantly, the Government of India needs to make it very clear that there is no likelihood of the Indian Army and the Indian nation being cowed down by threats of military aggression or financial isolation by China. If the country attempts to initiate another misadventure as it did in 2020, it will  incur massive setbacks and financial losses. A tit for tat information initiative is the need of the hour.