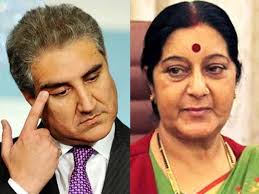 Pakistan has, for long, been testing India’s patience by carrying out dastardly attacks through its band of home-grown terrorists in Kashmir and other parts of the country. India has now dished out to the country what it has been asking for years. The face off witnessed in February this year was bound to happen.  The air strikes on targets identified as terrorist hubs operating deep within Pakistani territories and those under forcible occupation of Pakistan was a hard and decisive message in continuation of the ground based surgical strike carried out as a riposte to the terrorist attack on a military camp at Uri, Kashmir. For how long could Pakistan expect India to sit quiet as it went about with its state policy of terror? A loud and clear message has been delivered that India will not hesitate in going inside Pakistani territory to hunt out terrorists and their camps. This strong riposte was necessary to stop Pakistan on its tracks. Pakistan did attempt to retaliate the very next day with a counter air strike on military targets along the Line of Control. The attempt was thwarted by the well prepared Indian Air Force.

Political shenanigans that are the bane of Indian strategic discourses have been in play in this instance too. All parties are attempting to score brownie points and asking for proof of the casualties caused. By so doing they are exhibiting their complete lack of sensitivity for the honour and professionalism of the Armed Forces. Notwithstanding the same, anybody with the slightest knowledge of military and strategic affairs will agree that the air strikes were very successful. Thus far, New Delhi had been held hostage to Islamabad’s manipulation of its nuclear assets. Now, with these air strikes, India has made it very clear that it has moved on from sharing of folders and diplomatic efforts to swift, on ground retribution. Pakistan’s nuclear bogey stands buried forever.

The strikes gave the required message to Pakistan, China and the entire world about Indian intention to strike her enemies where and when required. In the backdrop of the aforementioned strategic gains, the number of casualties due to the strikes is irrelevant; it is being discussed merely for politics by those who do not have any inkling of what military strategy is all about.

China, in particular would be very worried by the Indian exhibition of a will to target such areas in Pakistan that fall within its economic interest including the strategically very important Karakoram highway and the CPEC alignment. The country is bound to rework its economic and diplomatic strategy in view of these developments.

With New Delhi having decided to walk the talk, the world leaders are holding their cards very close to their chests. They have maintained a diplomatic silence with regard to the fast changing narrative in the region. Not only the western world but even the Muslim Nations have not made any statements about the situation between the two countries and also Kashmir. In fact, the US National Security Advisor, John Bolton, had gone on to say that Washington supported India’s right to ‘self-defence’ from ‘cross-border terrorism.’

Not only Pakistan, even the separatist leadership of Kashmir has lost the confidence of the international community and has been left to fend for itself. They have brought about this situation upon themselves by maintaining a rigid posture when attempts were being made to look for a middle path. Now, political irrelevance and a crackdown by the government forces is what awaits them.

Pakistan does not have too many options right now. It cannot afford an all out war for fear of being branded the aggressor as India chose to target only terror camps and not civilian or military installations. This apart, the world opinion is heavily tilted in India’s favour. It is under this pressure and because of the need to fulfill its commitments to the Financial Action Task Force (FATF) that Pakistan is going in for a crackdown on the militant organisations operating on its soil, especially the Jaish-e-Mohammad (JeM).  The Government of Pakistan has publicly declared that, “44 people linked with several militant groups have been taken into preventive custody.” It is being said that these include some relatives of Masood Azar who are running the JeM in his absence; whether the intention of Pakistan is to “prevent” or “protect” these militants remains to be seen.

A study of previous such crackdowns leaves very little to be optimistic about. The first ban, under President Pervez Musharraf in 2002, brought in its wake no change other than the names of the organisations. They, in fact, bounced back richer and stronger than before. Whether the present Imran Khan led government in Pakistan is serious or not remains to be seen. It would, of course, be in Pakistan’s interest to remove these big irritants that are jeopardizing its relations with countries on which it is dependent for its very existence.

There is no doubt that India’s military action has upped the ante and the world is concerned about the escalation of hostilities. Indo-Pakistan relations have taken a severe hit and there does not seem a ray of hope of any betterment in the situation in the very near future. Any miscalculation by either of the two countries can bring them to the brink of a full-fledged war which does not augur well. India will, of course, practice restraint and bide time to give peace another chance as has been the established policy since partition. The ball, therefore, lies firmly in the court of Pakistan; the country can either give up on its attempts to create internal turmoil in India or it can expect retaliation of a type that could lead to its utter destruction.

(Vikas Khanna is a senior journalist and columnist based in Delhi)