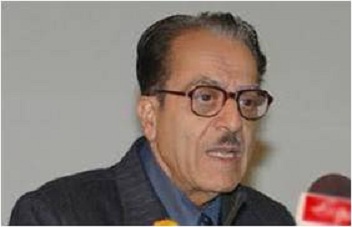 Here we go again, back to the tedious debate on the status of the armed forces special powers act (AFSPA) in Jammu and Kashmir. The ball has been set rolling, this time round, by Professor Saifuddin Soz, the Congress chief of Jammu and Kashmir. During an interaction with media on May, 27, he said that time for deliberations on the revocation of AFSPA is over and now the act needs to be lifted from some areas without politicizing the issue. He added, for good measure, that Chief Minister Omar Abdullah should take up the issue of revocation of the act in a unified command headquarters meeting.

Very naturally, Omar Abdullah was overjoyed with the turn of events. Laying of the foundation stone of the Central University in Kashmir on May, 29, gave to him an apt forum to play up the statement. He did so in a manner that befits a seasoned politician. He said that initially the state Congress chief had certain reservations over the issue but now there were reservations. “Now there is a change and that will definitely be a support in Delhi,” he added.

What Omar did not realise was that as he was making this sales pitch the good Professor was busy retracting from his statement. Soz clarified that he was “misquoted” and that all he wanted to say was that Omar should take “all stakeholders” and particularly the security forces on board in trying to progress the matter.

There can be no two thoughts about the fact that the entire drama was played out with the 2014 elections in mind. The point is – what were the involved parties trying to gain by taking the course of action that they did. That a seasoned politician like Saifuddin Soz would not speak without a game plan in mind is a given. Why then did he say what he said? And having said that, why did he retract with such alacrity?

The logical answer the first question would be that he was testing the waters by leaving the proverbial cat amongst the pigeons. As a corollary, a logical answer to the second question would be that he got an overwhelmingly negative response from his party cadre and chose to cover up in the shortest possible time. This proves that a predominant rank and file of the Congress party in Jammu and Kashmir is against any attempt to revoke AFSPA from the state, even partially, at this point in time. The feeling is so strong that even initiation of a political debate on the subject is not acceptable to them.

Coming back to Omar, he made a valiant attempt to get as much political mileage from the matter as was possible. In his statement on the subject he implied that the change in the Congress position and its tilt towards his line of thinking was the result of a deliberate policy shift on the subject in concert with the centre. The subsequent happenings in the Congress camp have, of course, put paid to any happiness that he felt.

Both the leaders insisted that the matter should not be politicised. Even a novice would understand that what they were doing was nothing more than blatantly politicising the issue with forthcoming election in mind. Leaders like Omar Abdullah and Saifuddin Soz understand very well that a decision for revocation of AFSPA or any such legislation would flow from the Cabinet Committee on Security (CCS) only after taking the parliament in confidence. Besides, a number of army chiefs, on a number of occasions, have categorically said that invocation or revocation of the act is essentially a political decision. Saifuddin Soz and Omar know that they should be approaching the CCS and not the unified command with their demands. Yet, they have no compunction in implying, consistently, that it is the army which is coming in the way of revocation of the act. If this is not politics than what is?

The manner in which the anti-Naxal operations are unfolding needs to be kept in mind while generating discussions on security issues in Jammu and Kashmir. Operations in Naxal areas are suffering because of lack of coordination between the state and the centre, lack of training and strength of security forces, lack of coordination between the forces deployed for operations and, above all, lack of proper legislation that would fully empower the forces that are fighting the battle.

Revocation of AFSPA from Jammu and Kashmir will lead to a situation exactly on the lines of what is prevalent in the Naxal hit areas. The unified command will be dismantled leading to lack of coordination between the central and the state forces. One does not doubt the courage and commitment of the state police forces, but even a cursory look at the organisation indicates that it does not have the strength, equipment and training to conduct law and order as well as internal security functions all by itself. Naxals concentrate in a target area to launch an operation and then flee into the jungles of a neighbouring state where a different security set up exists; If partial revocation of AFSPA is brought into play, terrorists will concentrate in their target areas, create mayhem and go into hideouts in areas where AFSPA has been revoked, the security forces with different jurisdictions will not be able to assist each other. This will seriously degrade the present coordinated operations. Army personnel, without proper legislative safeguards, will not be willing to venture into the police domain.

Terrorism will get an opportunity to raise its ugly head once again, if AFSPA is removed or revoked without proper thought and application. Does Jammu and Kashmir, after having attained a fair degree of security from terrorism wish to revisit the terrible times all over again simply for the political ambitions of a select few. It is for the people of Jammu and Kashmir to decide. In case they want peace they should stop such incoherent debates and blatant Politicisation of AFSPA.