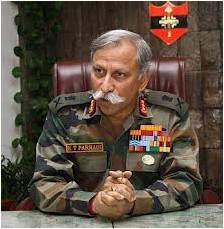 As of now, Pakistan is causing a polarisation of the different nature in India!! Eminent Indian writers, opinion makers and intellectuals hold wholly divergent views about the prevailing situation in the neighbouring country. While some are ready to swear that the country is going to the dogs, others are giving lengthy expositions to emphasise that the political churning is a pointer towards Pakistan democracy coming of age. The status of the Pakistan army is also being subject to intense debate; there are shades of opinion that suggest a downturn in the role of the army with the civilian government poised to complete is full term for the first time in the history of the nation; others suggest that the army continues to call the shots and is in cahoots with the judiciary and the rabble rousing cleric, Tahir-ul Qadri, in bringing down the government before its term expires.

Whatever may be the actual position within Pakistan one thing is quite clear; the country, despite its preoccupation with a plethora of problems does not have any difficulty in finding the time and the resources to keep the pot boiling in Jammu and Kashmir, on the line of control and in the hinterland. This is not all, the government of Pakistan may be in doldrums but its ministers, functionaries and hangers-on have ample time to rave and rant against India with a plethora of lies and misleading rhetoric. The single mindedness of purpose that Pakistan displays in baiting India is quite astounding; if it were to put even half the effort towards its internal problems they would be resolved quite easily.

The confusion that is doing the rounds about Pakistan’s internal status and its attitude towards India is not allowing a credible national response to emerge with respect to the recent dastardly act along the line of control where Pakistani intruders killed, mutilated and decapitated two soldiers of the Indian army well within Indian territory. After the occurrence of the incident, the government of India opted for a muted response; as public outrage gained momentum across India and the anger being felt by the Indian soldiers got expression from none other than the chief of army staff, the government quickly changed tack. The Prime Minister declared that under the prevailing circumstances it would be difficult to go for a “business as usual” approach with Pakistan; the minister for external affairs, a past master in the art of changing statements and a lawyer to boot, quickly picked up from where the Prime Minister had left quite regardless of the fact that his new statement was opposite to what he had said just a day earlier.

As India started showing eyes, the sniggering Pakistani hangers-on who had been tasked by the government to create mayhem in the ever available talk shows of Indian news channels were suddenly replaced by ministers up the hierarchy. What ensued was a blame game at a different level; now the Pakistani Foreign Minister came on air to accuse India of war mongering and derailing the peace process very assiduously put in place by none other than her own good self. There was an air of righteous indignation around the dear lady has she held forth her dismay due to the dialogue degenerating to the previous level of disengagement.

This is where the lobbyists employed by Pakistan within India and across the world also came into play; they made energetic parleys in favour of continuing the dialogue process in a “business as usual” sort of an environment. They based their argument on what they termed as changing perceptions of Pakistani people towards India which need to be nurtured at all cost even if it means discrediting an Indian soldier who had been subject to the most unspeakable form of barbarism by some of the so called reformed Pakistanis.

It is quite evident that having committed a heinous crime Pakistan is now looking for an acquittal, or at least, a less severe sentence from the people of India. To achieve this it has put in place a most able team tasked with creating an amenable media environment. This is an excellent example of Pakistan’s sophisticated propaganda machinery from which the Indian government, especially the Indian armed forces need to learn a thing or two. Pakistan has committed a crime but is poised to get out of it unscathed by deft use of the information spectrum. India, though victimised, is still coming across as an unreasonable entity bent upon breaking the fragile peace process put in place by hard Pakistani labour.

Having already taken a beating in the information war Indian is left with no option to pick up the pieces. The beauty is that there is nobody available in Pakistan from whom retribution through strong action and be attained, the government is on its way out, the Pakistan army has not been put into the loop at all, the general public is simply not interested. Therefore, the battle of the political leadership, the electronic media, the writers, the analysts and military pundits has come to an end.

However, the battle that the Indian army will be called upon to fight has just begun. It being evident that internal turmoil in Pakistan does not translate into a dormant line of control, the army now has to step up its vigil to foil all possible attempts towards military adventurism. It has to ensure that the rogue nation does not succeed in its evil designs. This can be done only by dominating the line of control so that Pakistan does not manage to commit yet another heinous crime against our soldiers and also does not achieve what it wants so desperately – to get the valley moving on the path of terrorism once again.