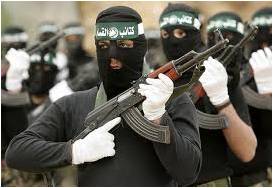 The place of our birth, the place where we have spent our formative years leaves a deep and abiding imprint on our psyches. Such a place is associated with those years of our life when everything seems possible to achieve and everything is either black or white. Such a place also bears witness to our earliest dreams and ambitions, our first associations as well as our initial heartbreaks, failures and disappointments. It is often deeply felt disappointments that lead people away from their native places, but sooner or later ones land of birth pulls one back. Successful men and women often return to their native land to revisit their past and see how far they have come in life. The native land, however, also calls out to the prodigal, particularly the one who is disillusioned with his reckless and wasteful lifestyle, the one who has realised that such a lifestyle has no future as in the case of the misled Kashmiri youth who would now like to return to their homes and families and be absorbed in the mainstream.

Over the past two decades, some two thousand plus Kashmiri men crossed the line of control into Pakistan occupied Kashmir (POK). They were attracted, no doubt, by the dream of an “Azaad Kashmir” and a jehad that would make the dream a reality. Two decades down the line, they stand disillusioned with the land that they chose to move to and the cause they chose to espouse. Tired of the poverty and squalor that exists on the other side of the border as well as the second rate treatment that is meted out to them, the last owing to their refugee status, many of these young men would like to return to their homeland. This desire to return on the part of the misguided youth is only natural since Indian Kashmir is far, far more developed than POK.

It was in recognition of this feeling amongst a majority of the people who had crossed over that the Government of India drafted a policy for the rehabilitation of such men provided they gave a solemn oath to forsake the path of violence. It was decided that all Kashmiri’s who had crossed into POK between 1999 and 2009 would be allowed to seek permission to return through application by their families in India. Almost 1000 families living in Kashmir moved applications seeking such permission for their relatives. Sixty seven of these applications were approved. For this purpose, four entry points were also selected. These were Uri- Muzaffarabad, Poonch-Rawalkote in Jammu and Kashmir, Wagah in Punjab and Indira Gandhi International Airport in New Delhi. The idea was to streamline the whole process and allow various intelligence agencies to check on the antecedents of the people wanting to return.

The noble initiative had not catered for Pakistan’s intransigence. Pakistan is sabotaging the rehabilitation process because it will reveal the reality of state sponsored global as well as regional terror that the country is perpetrating. Without the active co-operation of Pakistan, the whole programme is a non-starter and this has become the enduring misfortune of the already beleaguered Kashmiri refugees in POK. Not a single expatriate has chosen to take any of these routes to return to Kashmir.

The beleaguered people who are now almost desperate have been looking at other more dangerous and illegal options to cross over. Sometime back about forty people were caught trying to cross over into India from Nepal at Maharajganj on the Indo-Nepal border. These people had no papers to prove their identity but they claimed to be Kashmiri’s who wanted to return to their native land from Pakistan. Despite the lacuna in their identity papers, the Indian Government adopted a humanitarian approach and did not deport them. Instead, a special bus was provided to take them to their home in Kashmir.

The moot question that arises now is whether such crossings should be allowed? Some argue that there is nothing wrong with Kashmiri’s returning via the Nepal route. It is said that a group of some fifty people had similarly entered India in the year 2011 and were now leading normal lives in Kashmir, well absorbed into the mainstream. However, while the decision to eschew violence on the part of misled youth and their subsequent rehabilitation into the socio-economic mainstream of the state is a very noble idea, no rational being can ignore the threat it poses to the fragile peace of the state. Peace and prosperity has come by in the valley but it is still early to be complacent about the situation. Terrorist attacks, some audaciously directed at the security forces themselves, are being reported with ominous regularity; caches of arms and ammunition are being unearthed, sometimes very near to the populous district headquarters and Srinagar city itself. Clearly, nefarious elements continue to hold ambitions of creating mayhem

in the valley. There are reports of the terror outfits of Pakistan having set up active training and infiltration cells in Nepal as well. There have also been incidents of apparently reformed youth being recycled into terrorism, such people may have been sent for this purpose by those who wish to misuse the facility for keeping the torch of terrorism alive.

Under such circumstances, being complacent about expatriates returning through Nepal would be tantamount to purposely turning a blind eye to festering trouble in our own backyard, something we certainly must be wary of. One cannot deny the humanitarian angle but this cannot be applied at the cost of security. It would be best if the rehabilitation policy, as evolved viagra without a prescription earlier, is strictly adhered to. The illegal alternative which is now being adopted by many will open up a Pandora’s box for illicit activities in the Valley.