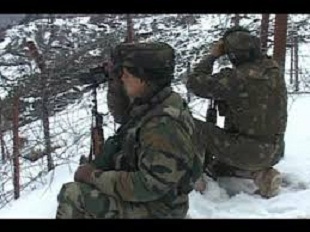 On December, 10, World Human Rights Day will be observed. This date coincides with the adoption and proclamation of the Universal Declaration of Human Rights by the United Nations General Assembly in 1948.

In Kashmir, the day will, undoubtedly, be marked by protests orchestrated by a miniscule separatist segment of Kashmiri society who attempt to project the fallacy of the Indian state being an oppressor of human rights in Kashmir. There will be some candle light vigils, a sit-in or two, especially outside the United Nations Military Observers Group headquarters in Srinagar; some seminars etc. for a vocal round of India bashing; some street protests and other disruptive and provocative activities. This has been going on for many years now and there is no indication of any change in the process this year.

It is necessary to expose this fallacious sham perpetrated by the separatists and identify what actually constitutes human rights violation in Jammu and Kashmir.

First and foremost, is violation of the human rights of the security forces, which includes the Indian Army, the Paramilitary forces and the JK Police. While carrying out counter-terrorist and counter-infiltration operations to control foreign-sponsored terrorism, they are losing the precious lives of their soldiers and facing tremendous hardship, not to talk of the trauma of fighting on their own land and being accused of causing harm to civilians of their own country.

The hapless Hindu refugees who entered Jammu and Kashmir at the time of partition from district Sialkot are also victims of human rights violations. Unlike the people who were dislocated from Pakistan Occupied Kashmir (POK) these people were not state subjects. Now numbering more the 2.5 lakhs, they reside along the border belt of Jammu. Generations of these refugees have, therefore, been denied basic human rights like the right of citizenship, employment, education and ownership of property etc.

The Kashmiri Pundit community was driven out of their homes nearly three decades ago by foreign terrorists and their sold out indigenous sponsors in the name of religion and Jihad. Today, even as the state government makes loud professions of normalcy having revisited the Kashmir valley, the struggle of these hapless people to get back to their homeland does not seem to be going anywhere.

Hindus residing in the hill tracts south of the Pir Panjal mountain range were also displaced when terrorism was at its peak. They were forced out from their villages by terrorists and now live in dilapidated camps in Jammu and Udhampur. Many were intimidated into selling their land and have thus lost their roots all together. Even though terrorism is now contained, they are not being able to garner the courage to go back to their native villages where, in any case, there lands stand forcibly occupied.

Simbal camp is the residence of mostly Sikhs and some Hindus who, during the holocaust of the partition, ran out from Muzaffarabad and other areas that now constitute POK. They came all the way down to Jammu and settled in this area which is still known as a “camp”. They did not get compensation for the properties lost in their ancestral homeland on the premise that they will get back the same when POK comes back to the Indian Union. Precious little is being done by successive governments to convert this dream into a reality. As a result, these people are being denied honourable existence. Though state subjects by law, their integration is still incomplete. In fact, their very status is ambiguous with definitions ranging from refugees to migrants to displaced persons.

Some personnel from the Valmiki Samaj were specially called from Punjab by the Government of Jammu and Kashmir in 1957 as Safai Karamcharis (Sweepers). At that stage they were promised permanent resident status. Today, almost six decades hence, they have not been declared state subjects. Their numbers have increased form the original 250 families to about 5000. Their children continue to be ineligible to apply for government jobs except as Safai Karamcharis. They can vote in the Lok Sabha elections, but not in the State Assembly or local body elections. They are deprived of the benefits of centrally sponsored schemes because they are denied Scheduled Caste certificates.

A special mention must be made about the human rights violations heaped upon the hapless people of the Kashmir Valley. They are regularly forced to shut down their businesses due to shut down calls given by the separatists. As a result, their children miss schools; the sick are deprived of timely medical attention; the poor daily wagers do not get to earn their keep. This disruption of normal life at the behest of the Hurriyat and other separatist elements, constitutes the grossest form of human rights violation for the civil society of Kashmir.

Jammu and Kashmir has suffered terrible human rights violations at the hands of foreign-sponsored terrorists in the last few decades. Now the region is slowly emerging from the shadow of that violence. Pakistan has failed to create fissures in the state as was the objective.

This is the time to put the debate on human rights violation in the right perspective. It is time to pay heed to what constitutes the actual violation of human rights in Jammu and Kashmir. On the occasion of World Human Rights Day, the actual victims of human rights violation in Jammu and Kashmir should be identified, acknowledged and provided with much needed succour. Simultaneously, the government should clamp down heavily on such elements which wish to exploit this day to further their anti-national agenda by giving a false view of the situation to the international community.

Nothing can be done unless there is unanimity of thought in the political leadership. The time has come for the leadership to rise above partisan interests and give back to these people the life and dignity that fate has wrested from them. Surely, this is not too much to ask for on World Human Rights Day!