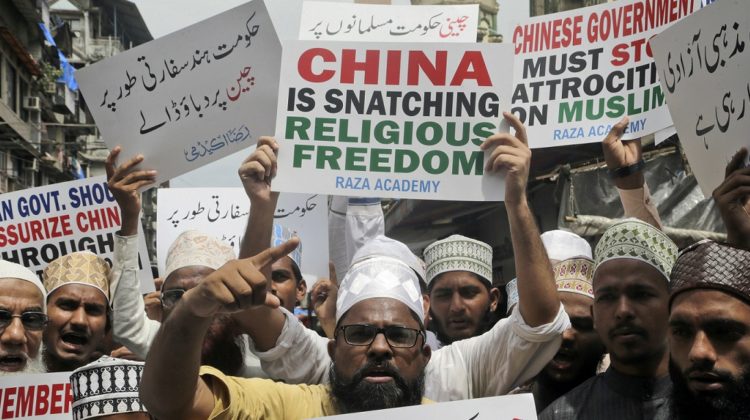 The heat on China for gross violation of human rights in various “occupied provinces” – mainly Xinjiang, Tibet and Hong Kong  is increasing. It is so because the brutal leadership of the Chinese Communist Party (CCP), under the virtual dictator, President Xi Jinping, has increased atrocities in these areas to a degree that is unacceptable to the civilised world.

While all named areas are suffering, it is Xinjiang, with its hapless ethnic population of Uyghur Muslims, that is being persecuted the most. To offset global upheaval, China has granted autonomous Province status to both Xinjiang and Tibet but, on ground, no power or authority has been vested at the local level. Reports from international human rights organisation have described actions of the CCP in Xinjiang as “Genocide aimed at a virtual extinction of the people.” The long list of atrocities includes arbitrary internment, forced labour, forced sterilisation of women to control the population as the most critical.

China blatantly denies all allegations and instead justifies the “crack down” on the basis of an internal security need to root out Islamist extremism. It carries out the activity under the garb of, “re-educating” the people which, in effect, implies reducing them to mere serfs with no rights and privileges whatsoever.

The heat on China has increased recently by the disclosure of certain confidential documents that link the words and speeches of top Chinese leadership with the crackdown on the Muslim communities in Xinjiang. These documents, called the “Xinjiang Papers,” are being analysed by experts across the world to substantiate the link between speeches of the Chinese leadership and the atrocities that are being committed against the innocent Uyghur’s of Xinjiang.

The speeches, of 2014 vintage and beyond, have top Chinese leaders speaking quite openly and strongly about the need to “re-educate” the Uyghur population. In many of the speeches, President Xi Jinping is quite candid in stating that China’s major goals in the 21st century will be in jeopardy if the situation in Xinjiang is not brought under control. They leaders also speak of the security threat posed by a restive population and the need for population control.  They speak of an imbalance between the Uyghur and Han population, while conveniently sidelining the fact that the Han population has been settled in Xinjiang with the specific purpose of countering the majority status of the Uyghur’s there.

The aforementioned statements of the leaders were deemed to be policy by the lower rung party workers and bureaucrats which led to the institution of “re-education camps.” On ground, these are forced detention camps whose inmates are subjected to the most inhumane form of exploitation. The existence of these detention camps has been firmly established through satellite imagery. This apart, big media platforms have carried out their individual assessments about the numbers and location of such camps; The digital media platform, Buzzfeed, states that upward of 260 detention camps have been built since 2017. 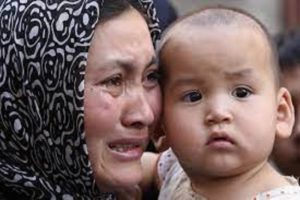 It is quite horrifying to note that forced sterilisation is being carried out upon the Muslim Uyghur women at a time when the country is grappling with low birth rate of alarming proportions with no indication of the situation improving anytime soon. As per reports, China recorded only 8.5 births per 1000 of its population in 2020. This is a serious concern for China but not serious enough for the country to allow unhindered birth in certain segments of its population.

The intention of the crackdown on Xinjiang is to break the connection of the people with their religion and age old culture and reduce them to being mere serfs. Committing cultural genocide on the people is a state policy.

Every now and then, the Chinese authorities attempt to buy time by making a big show of mellowing down the detentions and releasing detainees. The world, however, is not ready to buy this argument and western nations continue to be “appalled by violations of the most basic human rights of Uyghur’s in China.” Uyghurs living overseas constantly raise a voice against the atrocities and keep the matter alive in the western world.

Many western countries have imposed sanctions like travel bans and asset freezes against certain Chinese officials who are involved in the perpetration of the rights abuses in Xinjiang.  It is reported that the sanctions were put in place through a coordinated effort by the European Union, UK, US and Canada. They have led to counter sanctions by the Chinese on European officials. The Tit-for-Tat  diplomacy is unlikely to impact the situation in Xinjiang but it will create awareness about the critical situation in this area.

Human rights organisations world-wide have been extensively listing out the atrocities perpetrated by the communist regime. The brutality that was shown to control the COVID epidemic is well known and well recorded. The regime forcibly insisted upon all people to express their loyalty towards the communist party at a time when the government was fast losing its sheen and popularity.

On the security front, China does not seem to be deterred by the international outrage against its abrasive policies and is working towards securing its military objectives along the Line of Actual Control (LAC) with India and on the Taiwan front also. It is retaining the option to increase the threshold of conflict in any of these two theatres. With Pakistan as a pliable ally it has nothing to worry about with regard to international interference in Xinjiang from across its borders.

India needs to weigh her military and diplomatic options and take a righteous stand to contest gross human rights violations by China. Being the power in close proximity to the suppressed people of Xinjiang, India needs to come up with moral support for the hapless people. Security concerns should not come in the way of India pursuing a judicious path and also motivating the rest of the world to do so. A whole civilisation (of Uyghurs) cannot be allowed to be decimated due to the sadistic policies of a repressive regime.

(Jasbir Sarai is an army veteran and social worker)