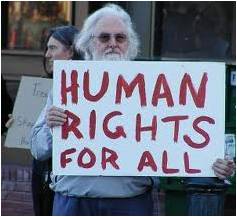 Modern human rights laws establish the rights of the individual in relation to the State, These rights evolved as Europe and America developed into vibrant democracies. With time, they were given a legal status by a large number of countries. Some important documents that signify evolution of the concept of human rights are the English Bill of Rights of 1688, the US Declaration of Independence of 1776, the US Bill of Rights of 1789, and the French Declaration of the Rights of Man and the Citizen of 1791. In the late nineteenth and early twentieth century’s, Nation states initiated a process of universal human rights through organisations like the League of Nations and United Nations. In special conferences such as The Hague Conference of 1899 and 1907, nations created laws governing the conduct of wars and handling of prisoners.

It was the shadow of World War II (1939–45) which gave a distinct boost to the concept of human rights. The United Nations (UN), created in 1945, took the lead in this effort and international treaties establishing human rights standards became the order of the day. The objectives of the worldwide “Charter of Human Rights”, created by the UN, call for equal rights and self-determination for all peoples, as well as a, “universal respect for, and observance of, human rights and fundamental freedoms for all without distinction as to race, sex, language, or religion”.

The Universal Declaration of Human Rights, adopted by the UN General Assembly in 1948, is also an important human rights document. This Charter has 30 Article designed to lay a common standard for all nations to promote respect for rights and freedoms. The Charter declares all human beings as born free and equal in dignity and rights without distinction of any kind, such as race, colour, sex, language and religion. Other important issues addressed by the Charter include equality in origin, property, birth or other status; right to life, liberty and security; equality and equal protection by law. Covenants have been instituted against torture, cruel, inhuman or degrading treatment and arbitrary interference with an individual’s privacy, family and home.

The “Covenant on Civil and Political Rights”, includes protection for the right to life, except after conviction for serious crime; freedom from torture and other cruel and inhumane punishment; freedom from slavery and prohibition from slave trade; freedom of movement and choice of residence. Legal standards, include equality before the law, fair hearings, presumption of innocence till proved guilty, a prompt and fair trial, the right to counsel, and the right to review by a higher court; freedom of thought, conscience, and religion. The Covenant on Economic, Social, and Cultural Rights protects additional rights to work, just wages and safe working conditions, social security, a decent standard of living, freedom from hunger, universal basic education and to an enjoyment of the cultural life and scientific progress of the country.

The Indian Constitution, being a product of the period when these rights were gaining universal acceptance, has given due credence to most of the covenants instituted as human rights. Today, the Indian people enjoy maximum rights as perceived and conceived by humanity in terms of personal freedom, liberty, dignity, state protection et al. All the peoples of India enjoy in full measure the basic parameters of human right as enshrined in our constitution. They are essentially free in spirit, free to worship their Gods; free to guide their own destiny; free to express their thoughts and views; free to choose their government; free to indulge in lawful work anywhere in their country. They are provided with basic amenities like health, education, security, infrastructure, law and order etc by the State.

Human rights, as perceived by the international community, have a very wide mandate which provide for personal security and a dignified life, much beyond common acts of criminality which constitute a localized law and order problem. Under the circumstances, it is unfortunate that, in a liberal country like India, covenants of human rights have become a tool in the hands of some disruptive forces to further their blinkered agendas especially so in areas which are ridden by faulty ideologies of separatism and insurgency as in parts of Jammu and Kashmir, some North-East States and areas affected by Left Wing Extremism. Common criminal acts like murder, rape etc, which come under the purview of the justice machinery established on the basis of human rights covenants, are proclaimed to be human rights violations by themselves. This is done to psychologically attack such security forces which are involved in quelling the separatist and insurgent fires.

Nobody in the world denies the responsibility of the State to maintain a security threshold in order to ensure enjoyment of human rights by its citizens. In India, this very security threshold is being attacked and weakened by raising the bogey of human rights violations. There is an urgent need to expose and counter this propagandist menace. The essence of human rights and the perseverance with which they are being followed India needs to be understood in the right perspective and at the same time the evil designs of disruptive forces need to be exposed.