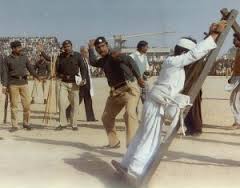 A seminar on “Human Rights abuses in Pakistan” was organised by the Nehru Memorial Museum and Library in collaboration with Asian-Eurasian Human Rights Forum on June, 22.

The areas addressed were disappearance of minorities from the demographics of the country; persecution of minority communities like the Sikhs, Hindus and Christians and particularly non-Sunni Muslim communities like Shias and Ahmadiyas; genocide being perpetrated on the Baloch people; marginalisation of the Sindhi population and  human rights violations in Pakistan Occupied Jammu and Kashmir.

A number of domain experts were invited to give their views on the subject. While speaking about persecution of the Ahmadiyas in Pakistan, Shiraz Ahmad, Additional Executive Director of the Ahmadiya Muslim Jamaat, India, said that Ahmadiyas were declared non-Muslim in 1974 by the government of Zulfikar Ali Bhutto and were further deprived through an Anti-Ahmadiya Ordinance in 1984 promulgated by the military dictator, General Zia-ul-Haq. Sections 298-B and 298-C of the Pakistan Panel Code debars Ahmadiyas from calling their place of worship a Masjid, there have been instances where the police has torn down minarets of an Amadiya place of worship because they resembled a Mosque.

Shiraz Ahmed elaborated that Ahmadiyas vote as non-Muslims and are denied equitable job opportunities. There are severe restrictions to their entry in professional institutions which hampers their right to education. Restrictions have been imposed on the production of Ahmadiya literature.

Marginalisation of the Ahmadiyas by the state itself has encouraged the militants and extremist elements towards targeting the community with violence. Many Ahmadiyas have been and continue to be murdered in cold blood by religious extremists while their religious places are desecrated and destroyed. Hundreds of Ahmadiyas have been charged under the draconian Blasphemy Law of the state and sentenced to long imprisonment and even death.

In a telling criticism of the Government of Pakistan Shiraz Ahmed commented, “Pakistan’s concept of Sharia has nothing to do with Islam.”

Pakistan is home to about six lakh Shiite Hazara Muslims mainly in Quetta, Balochistan. This hapless community is being specifically targeted by terrorist groups like Lashkar-e-Jhangvi and Sipah-e-Sabah.

Shia Muslims across Pakistan and especially in the occupied areas of Gilgit-Baltistan have been subjected to massacres and bombings of religious places/ religious congregations, economic deprivation, curbs on right and liberties etc.

Severe restrictions on freedom of speech are in place in Gilgit-Baltistan. Journalists face prosecution for speaking against the government and many local publications have been banned.

Pakistani parliament has given extraordinary power to law enforcement agencies in Gilgit-Baltistan which are used to suppress the Shia population of the region. The authorities can detain anyone without due process of law, engage in electronic surveillance, conduct search and seizures, and use military force wherever deemed necessary.

As a result, freedom fighters and activists are being subjected to arbitrary arrests, torture and deaths in custody under the country’s anti-terrorism laws. Local leaders such as Baba Jan, Iftikhar Hussain, Mumtaz Nagri, Qayum Balawar, Tahir Ali and DJ Mathal are facing terrorism charges for demanding the just rights for their people and for challenging Pakistani rule.

While speaking about the persecution of the Shia community, Ashok Behuria, senior fellow IDSA said that, in Quetta, said that Hazara Shias are being attacked due to their relation with Iran and the blame is being put on India.

Sajjad Hussain, a journalist and social activist from Kargil while speaking about the extrajudicial killing of nationalists in Gilgit-Baltistan noted that innocent people there are being framed under Schedule 4 of the Anti-terrorist Act even as actual terrorists create mayhem from the newly constructed Mosques and Madarasas.

It may be recollected that on February, 12, 2012, 12 militants dressed in military fatigues segregated 18 Shias travelling in a bus and killed them in cold blood; again on April, 3, 2012 in Chilas, Gilgit-Baltistan, a convoy of buses was stopped, Shias were segregated and killed, the figures being quoted range from 20 to 60 while many are reported missing.

Nobody has, till date, been booked for the serial genocides of 2012. In fact, the Pakistani state (Government and army) made a strong effort to block the information from Pakistan as well as the international community.

At the time of partition, Pakistan had 11 to 12 percent Hindu/Sikh population. When considered in terms of the existing population levels of the country, the present strength of the Hindu/Sikh community should be around one crore fifty lakhs; on ground it is a miniscule thirty lakhs which is barely 1.5 percent of the population. One crore thirty lakh people have vanished in thin air.

Zulfiqar Shah, formerly associated with the Institute for Social Movement, Hyderabad (Sindh) said that the Hindus of Sindh have been divided into the high caste and schedule caste categories in order to marginalise their strength as a political entity even as an attempt is being made to change the demographic pattern by settlement of Punjabis in the province. There is open harassment and sexual exploitation of the minority communities replete with disappearances of its members.

The vision of the creator of Pakistan, Muhammad Ali Jinnah, was of a nation that would adopt secularism to accommodate its historically multi-religious and culturally diverse population.

A lot has changed since then; Pakistan is determined to exist as an Islamic State comprising only of Sunni Muslims. The unwritten policy to attain this objective is to exterminate the minorities through terror attacks and pogroms or force them to migrate, mainly towards India. Stringent laws that suppress the minorities are being passed and applied with regularity. The government and other institutions make the right noises about protection of minority rights that helps keep international scrutiny at bay but on ground there is a conspiracy to finish them in totality. In short, Pakistan has been carrying out the most insidious ethnic cleansing over the last six decades right under the eyes of the world.

Prime Minister Narendra Modi and President Donald Trump, in their first meeting, have pledged to fight terror together. It is hoped that the two great nations will take credible steps towards saving minority communities in Pakistan from the horror of state sponsored terror.