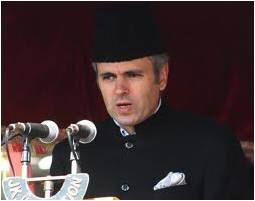 It is widely believed that statements by political leaders are the harbingers of policy, more so, in a democracy where people’s participation in all decisions that impact their lives is necessary. Chief Minister Omar Abdullah has made some significant statements in the last month or so. The question now arises – were these statements in tune with the policy of his government or were they generalised comments which created more confusion than clarity?

On April, 23, the Chief Minister drew a parallel between Maoist insurgency and terrorism in Jammu and Kashmir. “If Maoist-infested states can choose not to use the army, why can’t my state choose not to use it in some areas?” he is reported to have said. “I want to know why no one is demanding Armed Forces Special Powers Act (AFSPA) in these areas when they are so keen to see it continue in J&K”, he later added.

The next salvo was fired during the discussion on the National Counter Terrorism Centre (NCTC). Once again Omar managed to bring AFSPA into the discussion by saying that the some proposals contained in the NCTC make it, “almost as stringent as the existing provisions available under AFSPA”. He pointed out that, “mandating the NCTC with such powers may run counter to our efforts towards the removal of AFSPA at least from certain areas, and can generate avoidable criticism”. He went on to advocate only consultative powers for the NCTC on the premise that, “the power of arrest and search to be conducted independently, without the state police being a part of the exercise, may result in overlapping of responsibilities of the law enforcing agencies and can have local operational sensitivities especially, in the context of the situation in Jammu and Kashmir”.

Omar literally tore NCTC to shreds and then did a typical political volte face, “as terrorism manifests in different forms, our endeavours and strategies to curb terrorism cannot be individualistic but have to be cohesive, collective and united…..”. “We have to ensure that our responses to fighting terrorism are not episodic and our approach has to be crafted in a manner that it complements and synergies the efforts of all the stakeholders rather than supplanting them”, he added for good measure.

With regard to the security situation in the state, Omar has admitted that there is improvement but threat to peace has not completely vanished. He has warned that, “We, therefore, cannot commit the mistake of being complacent as anti-national elements are waiting for opportunities to thwart the peace and development process”. He conveniently changed course while reacting to the killing of Territorial Army soldier in a terrorist attack in Kishtwar on May, 04, by saying, “only a handful of militants left in Jammu province are making desperate attempts to show their existence”.

Omar’s views on the democratic process are equally contradictory. On one side he reiterates that, “In Jammu and Kashmir people do not cast vote with a hope to find a solution to Kashmir issue. They vote for development and prosperity”. On the other hand he emphatically vouches for politics over economy, “I have repeatedly stated that the economic development cannot resolve and replace the political issues. Both have their significance and need to be addressed separately and in specific spectrums”, he says.

The Chief Minister also has some very interesting things to say about peace, development and communal harmony. “We are working in tandem to mitigate difficulties of people and restore peace and stability in the State”, he has said. On the issue of communal harmony he has espoused thus, “some vested elements would try to wedge you apart in the name of region, religion, caste and creed, but you have to exhibit your resolve to maintain the State’s rich ethos of mutual love and brotherhood….”.

It would not be out of place to suggest that Omar’s utterances have created great confusion. Whatever concepts he has in mind are lost in the labyrinth of rhetoric. It seems that Omar has developed an obsession with AFSPA; why else would he attempt to equate AFSPA in Jammu and Kashmir to all other security matters concerning the Nation? The situation in Kashmir and the Naxal hit areas cannot be compared; there are huge historic, geographic, social, and above all, strategic differences. Omar Abdullah is very much aware of these, so why this attempt to mislead simple people who do not understand the dynamics of strategy? Similarly the concept, utility and scope of AFSPA and NCTC are totally different, so why complicate the issue by equating the two?

One is also left to wonder as what actually Omar thinks and wants for his State. For instance, does he want central assistance to fight terrorism or does wish to do so with state resources; if the latter is his wish, than why talk of cohesive, collective and united efforts? Further, on one side he says that there are only a handful of militants left in the state and on the other he admits to anti-national elements on the look out to disrupt peace and development. On peace and progress, he says that the people cast their votes for development and then refutes his own statement by saying that development cannot resolve political issues. He says that ‘normalcy’ has gained firm roots in the Valley and in the next breath talks of vested elements attempting to bring about communal rifts amongst the people.

Such statements coming from the very top supplemented by mindless tweets leave all thinkers on Kashmir confused about the actual state of affairs. It is very difficult to evolve intellectual options for the way forward when the present is so bewildering. It is time to firm up policies in Jammu and Kashmir with some honest and direct thinking, in case this happens, the so called problems will start disappearing on their own.