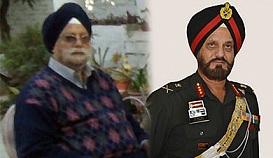 The world has become a global village where cross cultural integration is an all encompassing norm; all those who aspire to make the world their professional stage are fully aware that they would face herculean problems of adjustment. They stoically make necessary effort to adjust into the cultural melt pot.

The youth of Jammu and Kashmir need to realise that there are no short cuts in this process, they simply have to run the course and the sooner they learn to do so the better. They are educated, able bodied, intelligent and capable of putting in long hours of work under very modest working and living conditions. With such accomplishments they have everything going for them in national and international job markets.

The Kashmir Valley has a reservoir of stories of motivated and hard working families that have attained success and glory in the face of daunting odds. These families should serve as a role model to bring a message of hope for the Kashmiri youth amidst an environment of despondency and pessimism being spread by certain inimical forces that have a vested interest in keeping the region in a perpetual state of backwardness.

Amarjeet Singh Mehta was a young Sikh boy hailing from Village Shogapura, Budgam, Kashmir, when the Pakistan sponsored tribal invasion of Jammu and Kashmir took place in 1947. At that stage, he was a student of Amar Singh College, Srinagar, in his second year of the graduate course. He was witness to the loot, plunder and atrocities committed by Pakistani mercenaries.

The landing of Indian forces at Srinagar airport on 27 October 1947 was looked upon by him and his fellow villagers as a divine blessing to deliver the people from the evil foreign powers intent upon subjugating them.

The Indian forces had to join battle with the foreign tribal marauders from the vicinity of the airport itself. The task of neutralising such a large number of mercenaries was daunting and full of challenges. The first set of troops (1 Sikh and 4 Kumaon) that landed in Dakota aircraft at Srinagar airfield with great difficulty were provided information and assistance by the locals, which proved to be an advantageous game changer in the challenging situation.

Young Amarjeet was in the forefront of providing assistance. He worked as a guide for 4 Kumaon and was witness to the bravery of Major Som Nath Sharma, Param Vir Chakra (Posthumous) and his courageous troops in what is known as the Battle of Budgam. It is notable that Major Som Nath Sharma embraced a hero’s death in Shogapura, the village of Amarjeet Mehta.

Amarjeet was so impressed by the Army that he decided to join the force and serve his nation. This was not an easy task since there was nobody to guide him in his village and even the capital city of Srinagar. His commitment to his professional dream and the hard work that he put in to realise the same bore fruit when he got selected for training in the Officers Training Academy, Pune and went on to join the Artillery Regiment of the Indian Army in 1952.

He, thus, became the first Sikh officer from the Kashmir Valley to be commissioned into the Indian Army. He maintained roots with his land by marrying Harbans Kaur of Village Singhpura, Baramulla. He retired from the Army as a Lt. Colonel after commanding an Artillery Regiment and putting in 31 years of meritorious service.

Lt. Col Amarjeet Singh Mehta, on retirement, went get back to his roots in Jammu and Kashmir. He could not go back to Srinagar due to the scourge of terrorism and as such he chose to stay in Udhampur where he built a house and dedicated himself to social work.

The saga of this family’s commitment to the cause of the state as well nation did not end here.

Presently Lt. General Pradeep Singh Mehta, the second son of Lt. Col. Amarjeet Singh is serving the Indian Army. He has the distinction of being the first Sikh officer of Jammu and Kashmir to attain the rank of Lieutenant General.

Pradeep Singh Mehta did his graduation from the low profile Government Degree College, Udhampur and was selected for the Short Service Commission (SSC) in September 1978. He passed out with the Sword of Honour and first in order of Merit from Officers Training Academy, Chennai and joined the Skinners Horse, which is the senior most Armoured Regiment of the Indian Army.

It was only with hard work, dedication, commitment and perseverance that he was able to maintain a consistent career profile to attain the highest selection rank in the Indian Army.

Here is a family that did not need the assistance of Article 370, the much coveted State Subject or any other such facility to fulfil its dream of service to the nation. They lived as proud Kashmiri’s and proud citizens of the Indian Nation and went on to attain the pinnacle of success and achievement.

In fact, the biggest factor behind their success is that they did not look for any assistance from the state. They simply put their complete faith in Indian democracy and the Indian system while maintaining the highest spirit of nationalism.

If Pradeep Singh Mehta could go from a college is Undampur to an Officers Training Academy located in Chennai, the southern tip of India and pass out top of his course then all other young people of Kashmir can do the same.

They have to realise that those who are instigating them to place redundant ideologies and perceived misgivings above hard work and perseverance are their actual enemies.

There are many like the Mehta Sikhs of Kashmir who have broken the shackles of ignorance and self pity to forge ahead. It is up to the youth of Kashmir to emulate them rather than getting swayed by propagandist, self serving localised politics.

(Jaibans Singh is an author, columnist and editor www.defenceinfo.com)