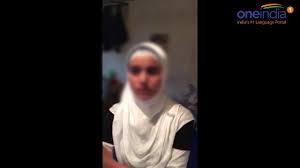 The assault on security forces by an unruly crowd in Handwara, District Kupwara, Kashmir Valley, on April 12, reflects the tenuous security situation existing in the valley.

The crowd had collected to cause damage to an Army post located in the area as retaliation to allegations of molestation of a girl by an army man.

The girl, later, refuted the alleged molestation. In a video recorded statement that went viral on social media and You Tube, she clarified that as she came out of a washroom located near the army post, a man tried to grab her handbag. While she was engaged in a scuffle with him, some more young boys reached the spot and started raising slogans against the army.

The courageous statement made by the girl has raised many questions about the nature of the protest. How and why, for instance, did such a big mob gather in no time and resort to violence simply on the hearsay of a molestation?
The sequence of events does give rise to a suspicion that the incident was pre-planned and engineered with the intention of causing harm to army personnel. The grand design included slurring the reputation of the army, but it did not succeed because the girl was brave enough to speak out the truth.

There is a need to take cognisance of the illegality of the action taken by the mob in attacking the army post. Even if an army person had molested a girl, the correct action would have been lodging of a complaint with the police and allowing the law to take its course. People cannot take the law in their own hands and attack security forces.
Clearly the mob was indulging in a criminal activity, further compounded by the fact that those in the line of fire were totally innocent.

The Army had a very small contingent in the post. The personnel would have been overwhelmed by the irate mob and probably killed had the police not intervened in time. The army post was vandalised beyond recognition. Imagine what would have happened if the security forces had not fired tear gas and some rounds to disperse the mob and escorted the army personnel to safety?

It is yet not established as to who fired the shots that killed the four people – the police or the Army personnel.
Lt General D.S. Hooda, Army Commander Northern Command stated that an inquiry into the involvement of the army in the incident has already been instituted and tangible action will be taken once the probe is completed.

If it is established that the security forces fired in self defence, then there should be no liability of punishment at all considering that the mob had malevolent intentions.

More than the security forces, it is necessary to identify the instigators of the incident and bring them to book. It is in this direction that the government should divert maximum energy.

Chief Minister Mehbooba Mufti has stated that she has raised the matter with Defence Minister Manohar Parrikar also.”I spoke to Lt General DS Hooda and Defence Minister Parrikar and they have assured me that an enquiry has been set in place and that those responsible will be punished.”

Immature reporting of the incident by the media is further evident from the fact that some news items clearly blamed the army for the firing and killing of the youth. “BLOODBATH: Army kills 2 youth in Handwara after protests over girl’s molestation,” shrieked the headline of a Kashmir based English daily “Greater Kashmir’ on 13 April. Can journalism get more biased and misleading than this?

It was only later when certain facts of the incident became clear and it was established that the police was also involved in crowd dispersal that the word army was replaced by “forces” and that too sparingly.

This is not the first time that such allegations have been made to dent the image of the army in Jammu and Kashmir. However, more than 90 percent allegations of human rights violation against the army have been proved to be false post investigation by human rights commissions at the state and centre level.

Targeting the security forces with mob violence seems to be the trending activity of the terrorist and disruptive forces operating in the valley. It was initiated at Pampore in February 2016, when a mob pelted stones at army personnel engaged in a counter terrorist operation. A second incident took place just a week back when, in the aftermath of the killing of two terrorists at Balapore, Shopian, a violent mob pelted stones at the Army Goodwill School, Balapore.

The emerging “trend’ gives credence to the supposition that the incident in Handwara was engineered from the word go with the established aim of pressurising the security forces, especially the army.

The government needs to thoroughly investigate the incident at Handwara and also ascertain if there is a connection in the cycle of violence taking places across the valley. The evil designs of inimical forces need to be exposed and contained. Insistence upon meting out punishment to the security force personnel without a thorough investigation into the incident would not suit the purpose.

(Jaibans Singh is a defence and security expert)