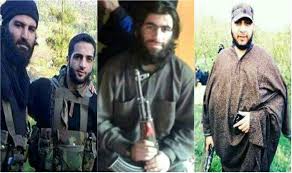 Hurriyat (M) Chairman, Mirwaiz Umar Farooq, has recently tweeted that the number of Kashmiris’ killed by security forces in 2018 has crossed the 400 mark. He has appealed to the international community to, “help stop the massacre of Kashmiris’ unleashed by Indian forces.” The tweet has come as a prelude to a decision of the Joint Resistance Leadership (JRL) of Kashmir to observe Human Rights Week from December, 03, onwards. The appeal should have set alarm bells ringing all over the world; surprisingly, it has not elicited any response!

A careful collation of the civilian fatalities that occurred in 2018 gives a different picture! At the outset it is necessary to note that the collation done for the purpose of this article is not based on any official figures; it is a consolidation of what has been reported by the media. There could be some errors due to oversight but, in no case, will these inaccuracies be more than 3 to 5 percent.

From the data available, the number of Kashmiris’ killed due to firing on mobs by security forces during incidents of stone pelting and other forms of violent activity is between 40 and 45. This also includes civilians killed when mobs attempted to disrupt operations by the security forces. Even if this figure is increased by a whopping 100 percent,it does not reach to even a quarter of what the Mirwaiz is claiming.

Another 45 to 50 civilians have been killed in circumstances that are controversial as both the security forces and militants blame each other for the deaths. However, even after giving benefit of doubt to Mirwaiz by assuming that security forces are also responsible for these killings, the number adds up to 85 or a maximum of 95 civilian fatalities. If we once again increase this cumulative figure by 100 percent, the total number falls woefully short of the figure given by  the Mirwaiz.

Yet, since it is inconceivable that the Hurriyat (M) Chairman could have made an error of such glaring proportions, it becomes incumbent to give maximum leverage to the wording of the tweet which speaks of the “number of Kashmiris’ killed up to now this year.”  The scope, therefore, can be enlarged to include deaths of all Kashmiris’ due to militancy related reasons including local militants killed during this year.  About 150 to 200 local militants have been killed by security forces in 2018, but this figure includes foreign terrorists also. If we take 125 to 150 as the figure for Kashmiri militants killed the total goes up to 205 or 235.

These figures do not reach anywhere near the quoted figure of 400. In his tweet Mirwaiz has attributed 400 deaths to “Indian forces” and so the total fatalities (both confirmed and alleged) caused by “Indian forces” remains much lower than what he is claiming. 40 to 45 J&K police men have been killed in militancy related incidents during this year but technically speaking these figures cannot be included since Mirwaiz has qualified in his tweet that he is specifically referring to Kashmiris’ killed by “Indian forces.” However, even if we add these numbers the figure of 400 fatalities still eludes us!

If the number of civilians killed by unknown gunmen is also taken into account then we may get a bit nearer to the fatality figure of 400 given by Mirwaiz. The militants may have accused Indian forces and intelligence agencies for these killings, but despite this, the international community isn’t likely to accept this version for two reasons. First, most of these deceased were killed on suspicions of having passed-on information about militants to security forces. Second, the hand of militant groups in such killing has already been revealed by Hizbul Mujahideen (HM) which has accepted responsibility for many such killings and even put out videos of such killings on social media.

It is being assumed mostly that the international community exhibits lack of concern regarding what is happening in Kashmir and it does not respond to the appeals of the Hurriyat. This impression is far from the truth! Being a potential flashpoint that could trigger-off an armed confrontation between the two nuclear states of India and Pakistan, attention of the world remains focused on Kashmir and the international community will, under no circumstances, permit any “massacre” here (as the Mirwaiz has tweeted).

The most likely reason for the international community’s lack of concern could be the wide disparity in the fatality figures tweeted by Mirwaiz and the respective data that various countries keep compiling with pinpoint accuracy. Therefore, Hurriyat (M) should either give a detailed breakdown of the 400 deaths or if there has been some error while counting fatalities, then have the grace to admit the same.

Be that as it may, even one fatality, civilian or military, is too much for any civilized society to bear and every effort needs to be directed towards ensuring that the same does not happen. It is here that the political leadership and civil society of Kashmir, including the Hurriyat, needs to play a proactive role. The violent activity and human rights violations by terrorists that is resulting in so many deaths needs to be stopped. The international community may be more responsive to the aspirations of the Kashmir community if they are expressed peacefully and within the ambit of internationally accepted political norms. It is quite evident that the gun has not served the purpose of Kashmir; it would be a good idea to opt for a second option that is based on peaceful means. There is no point in losing the youth to the cult of violence. One can only hope that peace will become a reality in Kashmir in the near future, the people  have suffered enough.