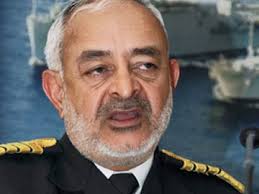 The ill-fated INS Sindhuratna, the Russian made Kilo class submarine, which took the lives of two officers, and cut short the tenure of Admiral DK Joshi in its wake, was commissioned on November 19, 1988. Before it was handed over to the Indian Navy the Russians sailed it for about a year on trials and weapons testing. So effectively the submarine has been in service for 26 years. When the Russians hand over a submarine they stipulate a service life of twelve years, and after a major refit, which entails of almost rebuilding the submarine from its outer skin to inner skin, and the incorporation of new weapons and navigation systems, the submarine has a stipulated service like of another ten years. But the Indian Navy squeezed out another two years of service. The active life of this submarine ended in December 2013.

A Kilo class submarine is powered by 240 batteries, each weighing 800 kgs. Each of these batteries has a service life of 200 fully charged to fully discharged cycles or exactly 4 years whichever comes first. The Sindhuratna’s batteries used up their life cycle in December 2012. Since the Navy’s underwater arm is now hugely depleted, the Navy had no recourse but to stretch the service life of these aged submarines. The Sindhuratna underwent a minor refit for the last four months and it was on its first sea trial or Task 2 sea examination before it could be re-inducted into active service. It was still fitted with the batteries whose service life had expired 15 months ago. The ship didn’t get new batteries because the procurement was delayed by the MoD.

These batteries are now made in India, by Chloride India and Standard Batteries and are procured at much higher than international prices. The reasons for this are easily understood. One is we need indigenous sources to be self reliant, and the other is the usual malaise that afflicts defence purchases. Lolly. The costs of these batteries too have gone up hugely in the past decade. A set of batteries takes two years to build and the Sindhuratna was not expected to get its new batteries till the end of 2014.

To cut a long story short, a submarine that should have been cut up in a scrap yard was still sailing with batteries, which have long outlived their service life. I saw an admiral relate on TV just a few minutes ago about how he has seen batteries with electrolyte leaking and running on the floor, and how sailors were mopping it up. Yesterday, the INS Sindhuratna had on board, the Western Command’s Commander of Submarines and the Chief of Safety. There was a good reason for this. They were there to personally check out if the submarine was indeed sea and battle worthy. It clearly was not, and two young officers paid with their lives.

Who is responsible for this sad state of affairs? Clearly a MoD, which is incapable of sanctioning critical consumables like batteries in time or forever has to bear the burden. The file requiring the purchase of new batteries was under process for years with the MoD. The fleet is required to have a set of batteries as a reserve. The HDW designed Shishumar submarines use different batteries so the Fleet was supposed to have another set as a reserve. Let alone two reserves that they don’t have, our submarines make do with expired batteries.

AK Anthony knew all this. The Navy has brought it to his notice many times, with a monotonous regularity. He didn’t get off his butt, busy as he was covering it. That’s why he accepted the Navy Chiefs resignation with great alacrity. He didn’t ponder over it, as is his well-known habit. He has managed to deflect attention. For now at least. He will now make a big show of cracking the whip, when it is he who needs a few lashes of the cat-o-nine-tails.