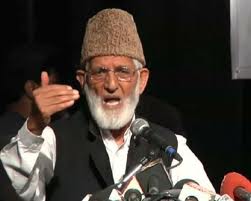 The resounding question in the Kashmir Valley is– will this year witness a ‘hot, cool or ambivalent summer’. The reference is, of course, not to the climatic conditions but to the political atmospherics that dominate the lives of the general public. ‘Hot’ summers over the last few years have led to endless suffering for the common man. He was deprived of a livelihood, the tourist season was hijacked, students suffered due to closure of educational institutions, young people cooped up indoors became restless and listless, many people lost their lives due to lack of medical attention, in fact, the list of miseries was endless.

Ultimately, those who engineered these disruptions did not achieve much politically. Democracy thrived despite a concerted bid to discredit the elected government, the pace of development was slow but satisfactory, the security forces retained their physical and moral ascendency over terrorists who, despite so much effort by their mentors, could not recoup either their strength or local support.

As a result, many separatist leaders contemplated a change in strategy to meet this no-win situation. Abdul Ghani Bhat all but confirmed the involvement of militants in the murder of separatist leaders. Though the separatists did not meet the interlocutors they also did not agitate against their presence and by so doing they kept the window for a dialogue open. Recently Maulana Abbas Ansari, most courageously, rooted for dialogue and has been suspended from the Hurriyat for his logical suggestions.

Despite this paradigm shift in thought process, some right wing hardliners are simply not ready to read the writing on the wall and are insisting upon following a political thought process that has, since long, become redundant. This group is spearheaded by the octogenarian Syed Ali Shah Geelani, who, probably due to advanced years, has become captive to an outdated ideology. On the one hand he strongly states his support for stability and prosperity in the Kashmir region and on the other he loses no opportunity in identifying incidents that can trigger violence and disruption dreaded by the entire population of the Valley.

A spate of selective killings by terrorists in the last few months is an indicator that their mentors across the border have given them clear instructions to mark their presence in the region. It is evident that perpetrators of terror do not want to lose their fingerprint, however small or tenuous, in the Valley. This has led to the gruesome daylight murder of two sisters in Shopian, the senseless killing of Maulana Shaukat Ahmed, a noted cleric with a moderate thought process who could have been instrumental in building a bridge in the fractured politics of the Valley and most recently the killing of yet another cleric Hafiz Muhammad Ashraf Lone, by unidentified gunmen at Kreeri in North Kashmir.

The government and the security forces are making a vigorous effort to nullify this challenge posed by the terrorists. The people have also exhibited great restraint and made it clear that they will not fall prey to such provocation by inimical forces. Geelani, however, has not relented from attempting to use these incidents to trigger dissent in the Valley. In the latest instance of the killing of Mohammad Ashraf Lone he lost no time in donning the cap of judge and jury, “all the revelations made so far indicate direct involvement of the forces in the killing. There is no reason to believe that somebody else other than the force personnel are involved,” Geelani said. He went on to state that the State was virtually under the rule of the Union Home Minister and the Army, “Omar Abdullah’s meeting with Army officers at Badami Bagh cantonment indicates that everything is done in the state with Army’s consent,” he said.

How can one explain to this veteran leader that the entire Valley knows that Mohammad Ashraf Lone has been killed by terrorists? How can he be made to understand that Omar is the Chairman of the Unified Command Headquarters where the corps commander of Badami Bagh functions as his advisor, and as such, no sinister design need be construed from this very routine visit? Very often the corps commander visits Omar so where is the logic in Geelani’s contention?

There are other areas where Geelani is attempting to further his divisive agenda. He has recently made a vigorous bid to use the matter of issuance of Dogra certificates for gaining recruitment in Para-military forces as a platform to divide the people of the State and trigger communal disharmony. Such certificates are based on tribal genetics, there are many races whose physical attribute are different from the general standard laid for recruitment purposes and yet they are more than capable of performing the prescribed duties. These tribes and communities are subject to relaxation in standards and to attain this benefit they have to prove their credentials. This has been going on in all forces around the world for centuries. In India there is an entirely different set of physical standards for the Gorkha’s since the time of the British rule. This facility given to the Gorkha’s has by no means threatened the nation’s security and integrity. Similarly, Dogra certificates will not make any difference to the identity of the state of Jammu and Kashmir. So why is this good initiative causing apoplectic fits to Geelani?

Geelani is totally divorced from reality and is living in a world of his own. His senseless statements prove his desperation and a burning desire to cling to foreign sponsored support in his old age. Fortunately the people of Kashmir are no longer responding to his provocation since they have realised the futility of adhering to his ideology