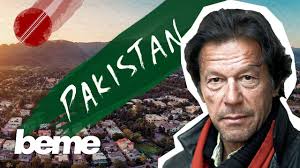 The Line of Control is heated up yet again! The last few days have seen a heavy exchange of artillery fire. The recent face-off is the result of Indian retaliation to unprovoked fire by Pakistan from its terrorist launch pads in the Jura, Athmuqam and Kundalsahi in Pakistan Occupied Kashmir (POK). It is quite apparent that the Indian Army had specific information of the location of terrorists and it resorted to pin point firing in retaliation to the infiltration attempt which resulted in many casualties of the terrorists and Pakistani soldiers. According to media reports, at least three terror camps each having 40-50 terrorists have suffered severe damage on the Pakistani side and the infiltration attempt stands irretrievably foiled.

Along with the statement, both the Northern Command and the Army Headquarters issued a condolence message in honour of the two brave Indian soldiers who fell to this unprovoked firing. “#LtGenRanbirSingh, #ArmyCdrNC and all ranks salute the supreme sacrifice of our brave soldiers & offer deepest condolences to the families. @adgpi @PIB_India @SpokespersonMoD,” stated a tweet by @NorthernComd_IA, the official twitter handle of Northern Command.

The tweet was further carried by @adgpi, the official handle of Army Headquarters, with a condolence message by the Army Chief, “General Bipin Rawat #COAS and all ranks salute the supreme sacrifice of our brave soldiers & offer deepest condolences to the families,” stated the @adgpi tweet.

“Last night, the Pakistani Army initiated unprovoked ceasefire violation to assist infiltration by terrorists into the Indian territory. As a result, calibrated escalation of area weapons was undertaken by the Indian side in which terrorist launch pads, Pak Army posts, giving incidental protection to these launch pads and certain gun positions, were hit,” an Army source is reported to have stated as quoted by India Today. This statement is a part of the reporting effort of the media house.

What is of interest is the propaganda that the Pakistan Army launched in the wake of this incident. The Inter Services Public Relations (ISPR) of the Pakistan Army, known for its verbosity and proclivity to sensationalise news, responded with a series of very belligerent and provocative tweets.

“Targeting innocent civilians by Indian Army is an attempt to justify their false claims of targeting alleged camps. Injured civilians evacuated to District hospitals. UNMOGIP as well as domestic & foreign media have open access to AJK, a liberty not available in IOJ&K,” stated another tweet by @OfficialDGISPR.

“Typical of Indian media falsely claiming targeting of alleged camps. Get access to IOJ&K & have moral courage to cover damages caused by Pak Army. All your previous claims met their fate so shall this one. Follow journalistic ethos of Pak Media for reporting with responsibility,” said the third tweet by @OfficialDGISPR.

Prime Minister Imran Khan, obviously at the behest of his military masters, condemned what was termed as “unprovoked firing by Indian security forces on civilian population along the Line of Control” in the statement issued by the PM Office.

The aforementioned response indicates the mindset of the Pakistan establishment, as also the obtuse and graceless functioning of the propaganda machinery of Pakistan Army, which has no civilian oversight to contain its maverick utterances. Pakistan Army has obviously been badly hit by the losses and is attempting to turn tables on India by quoting false casualty levels. It does not realise that in the open Indian media environment, casualties suffered by the Indian Army cannot remain hidden. The Army authorities were quick in making public the unfortunate loss of two soldiers that it suffered.

From the second tweet it becomes clear that Pakistan continues to harbor illusions of garnering some international support, for which it is clutching at the weakest possible straws. The reference to the redundant UNMOGIP is an indicator of this frustrated attempt.

Finally, in the third tweet it is attempting to provoke the Indian media into targeting the Indian Army is a pathetic and infantile manner that indicates its own lack of intellect and thinking.

The fact is that every attempt made by Pakistan to pressurise India in the wake of the decision to reorganise the state of Jammu and Kashmir into two Union Territories and ensure better integration by modifying Article 370 of the Indian Constitution has failed miserably. The country is diplomatically isolated, militarily without options and internally unstable. The military is both perturbed and annoyed by its own inability and that of its subservient civilian administration to gain at least some leverage in the situation to save face. The situation, as it stands today, points to the complete failure of policies that Pakistan has adopted since partition of the country.

It is time for the Pakistani deep state to realise that it has lost out completely since its policies were both evil and untenable. It should step aside and allow the government to concentrate upon the grave internal situation and work towards saving the country from disintegration. It is hoped that good sense will prevail and one will not have to again witness such a laughable response of the ISPR to its own failures.

(Jaibans Singh is a reputed geo-strategic analyst, columnist and commentator)