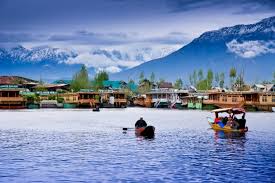 I am Abdul Kabir, resident of the Kashmir Valley by birth! I have spent my entire life in the valley with no opportunity to visit outside the state. When I was a child I saw my native place getting engulfed in militancy due to a misguided nation of ‘freedom.’ Slowly, it became a wildfire and I saw my beautiful homeland getting burnt, traumatised and butchered in an unending cycle of violence and disruption. As a child I used to wonder when this unholy cycle would stop, now I wonder if it will ever stop! There is, however, hope in the horizon emanating from the understated Indian Army!
I have seen my family, my relatives, my neighbours and my community suffering because of this turmoil. It has denied to us the opportunities that the rest of the India had; we have been passed over by the development of the rest of the country, despite being a land rich in resources and filled with hard working and intelligent people. The youth of Kashmir could not get proper education and as a result were unable to participate in the fast paced career opportunities that opened up across India. Big business houses have not been able to establish themselves in the state due to the situation of uncertainty and the fact that no outsider can buy land or settle here. The civil administration in the state was unable to carry out development activities due to problems posed by militants. Deep down, everyone has a desire to see the beautiful valley at its flourishing best, like it was a few decades back. Everyone here wants this turmoil to end and routine life to become a norm so that work and business can go on uninterrupted.

The army, by virtue of its reach across the state and especially so in the remote, inaccessible parts, has made a valiant effort to trigger development through its welfare project “Operation Sadbbhavna.” Apart from ensuring security and thus facilitating the much needed normality, the army has been involved in projects designed to improve infrastructure, provide essential services like health care and education and also conduct vocational training for the people through its Operation Sadbhavna. Operation Sadbhavna functions on the concept of “helping the people help themselves.”

Army with its initial tough stance earned itself some enemies among the local population. I, however, feel that the tough stand was necessary at the earlier times considering that the situation was getting out of control and would have spiraled into a whirlpool which would eaten away all of Kashmir.  The Indian Army has gradually come to grips with the situation by applying effectively its policy of “Iron Fist in Velvet Glove.” They were tough with the miscreants yet considerate and compassionate with the common citizens. Many of my neighbors, under the influence of self declared ‘freedom mongers’ were against the Army presence in the valley. Gradually, the Army managed to change the hearts and minds of the people of the valley and contained the situation o to a great extent. Terrorism is a pale shadow of its earlier avatar and normality is fast emerging. The few who continue to hold the dying torch at the behest of inimical foreign forces will also be contained in the near future, it is felt.

The heart of every Kashmiri is filled with hope at the sight of a soldier of the Indian Army. The soldiers are looked upon as friends who would provide the much needed security and liberation from the wretched ideological battle being waged by a few misguided men.

In the process the Army has made a lot of sacrifices. Just as brothers, sisters, fathers and mothers are weeping for young lives being lost in the valley, we realised that the death of a soldier is also being mourned by his kiths and kin across the country. Slowly, but surely, my brethren in the valley realised that violence leads to no solution. Maybe it is this realisation that has played a big part in curbing down the violence in the valley.
Everyone in the valley looks upon the Army as saviors as they were the ones who had liberated the valley from the raiders in 1947, from the Pakistani marauders in 1965 and 1971. Our neighboring nation tried all possible tactics in their book to tear apart the ‘Kashmiriyat’ which had been kept preserved for centuries by our ancestors. These inimical forces remained unsuccessful. Everyone in Kashmir feels that the biggest credit for the defeat of the evil designs of the neighbouring country goes to the Indian Army.
It was through Operation Sadbhavna that Kashmiris saw the more predominant humane face of the Army. So many careers have been launched, lives saved and amenities provided by the army under this welfare scheme while asking for nothing in return.  If I understand correctly, there are over 30 schools that are being run by the Army, providing quality education to the students of valley. Besides education, Army is making efforts towards training in IT, skill development, health, employment, awareness, and so on. These initiatives by the Army have gone a long way in changing the mindset of its hardest opponents. They have also given the poorest of the poor in Kashmir, especially those living in remote corners where the government also finds it difficult to reach, a reason to dream for a better life.

Due to fear of the militants, people may not acknowledge it publicity but in the heart of their heart, they do understand the role of Army and thank the army men for being there. In present times, I feel that the wonderful work by the Army has helped all Kashmiris to realise what we are losing out on when compared to the rest of our brothers in India. I feel that the future will be only better as the tide has now turned in favour of the common Kashmiri. For this, I would like to thank my brothers in the Army who have faced great hardship and still not given upon us.