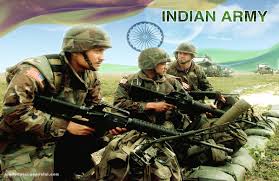 It is widely perceived and correctly so that the success of the Bhartiya Janata Party (BJP) in the elections and its rise to power was facilitated, to a great extent, by the media. The success of this media blitzkrieg was not as much due to the proactive efforts of the BJP as it was due to the numbness and inactivity of the Congress party. Having learnt a hands-on lesson on the importance of media, the BJP is bound to leverage the advantage to the maximum extent possible. One can expect all instruments of state to be forthcoming with information on a real time basis.

The media machinery of the Ministry of Defence has been in hibernation for almost a decade now. It seems that its mandarins have convinced themselves about the benefits of hiding behind a cloak of official secrecy. They have perfected the art of maintaining a regal silence. The attitude permeated from erstwhile Defence Minister AK Antony and found favour with the subordinates right down to the service level. Even the service chiefs have not been forthcoming in keeping the nation informed and assured about the health of national security.

There is a perceptible shift in policy with the new government in place. The statements now emanating from the highest level are quite encouraging. Prime Minster Narendra Modi has made public his resolve to address the shortfall of weapons and equipment on a war footing, he regularly speaks on security issues without hesitation. Defence Minister Arun Jaitley has been issuing comprehensive statements during his visits to forward areas and defence establishments. With AK Antony, defence analysts were at a loss to decipher what was being said let alone discuss the implication; then there were the many faux pas, statements and counter statements that reflected the services in poor light.

Communication has, since times immemorial, been integral to the planning of wars, across the world. In the modern context communication and media both play a pivotal role in conflicts; they constitute a force multiplier whose effective use can turn the fortunes of war.

When the US says that attacking Iraq or Afghanistan is necessary the world agrees, when it says that a drawback is the right thing to do again the world agrees. Many would suggest that the agreement comes by due to the dominant status of the country as a world power; this however, will not explain away the robust support of the American public to the decisions that are taken. The big reason is the massive perception management effort put in to garner national and international support for a state policy already decided upon. The righteousness, justification, uprightness, sagacity, rationality, strategic necessity of both the decision and the action taken is projected in manner that makes it seem to be the only worthwhile course of action available. This is a good example of how perceptions are managed in the realm of security.

The going jargon on this subject is “Information warfare.” Information warfare involves seeking of information on the entire spectrum of conflict and using it to achieve set objectives. Media is considered to be an effective tool in this process; useful not only for acquisition of information but also its dissemination in a manner that assists in “shaping the environment.”

All armed forces across in the world know the concept; it is the application which differs. While the US achieves massive results, India, despite having the machinery, the knowledge and more importantly the need, has failed to optimise the resource. It is for this reason that despite doing a phenomenal job in countering terrorism in Jammu and Kashmir and restoring the sovereignty and territorial integrity of the nation, the army and the government have not been able to convince all in the country, let alone the world, about efficacy and resounding success of the effort put in. Every second person believes that Kashmir is the most militarised zone in the world, something that is far removed from reality. India simply failed to justify the escalation of operations in an intense environment of foreign sponsored terrorism and then failed to exploit the gradual and ongoing de-escalation; the biggest casualty in all this has been the morale of troops.

The only reason why the aforementioned lethargy has not spelt disaster for the country is the unimpeachable faith that citizens of this country have in its soldiers; The Indian soldier for the Indian common man is worthy only of approbation, he simply cannot do any wrong. This national hero worship helps in maintaining the morale of the soldiers also. This is a welcome situation but also fraught with danger; a wholly emotional bond breaks with time if it is not strengthened with rationality. What would happen if the people due to lack of information supplemented with disinformation get to believe that they were wrong in their opinion about the Indian armed forces and that they have been let down. The armed forces will then go the way of the Congress party. The point to be terrified about is that there was an alternative to the Congress in the form of the BJP but there is no alternative to the armed forces.

A fair degree of reinvention and restructuring will be required to get the dormant information machinery of the ministry of defence and the service headquarters rolling. The army being the dominant power and continuously engaged in operations has the most important role to play and the maximum effort to make in this regard. The systems that were in place and have fallen to disuse will first have to be re-energised; thereafter new systems will have to be incorporated to meet the existing requirements.

The first step is of course looking at media as a friend and force multiplier rather than the biggest enemy. With this conviction in place the next step would be to create the necessary structures that send out information which is honest, transparent and conducive to the service and national interest.