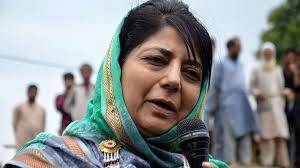 As was expected, Pakistan has made a concerted attempt to exploit the current unrest in Kashmir by increasing the threshold of its terrorist activity. A visible and concerted spike in terrorist initiated violence as well as infiltration bids has been witnessed in the last few days, while the valley was in the throes of agitations engineered by Pakistan’s stooges.

The Indian security forces, being well aware of the nefarious designs of the neighbouring country, were well prepared for this spike in terrorist activity. As a result, the actions taken by Pakistan have been nullified despite the pressure of handling the engineered internal unrest.

Significant among the operations conducted by security forces is foiling of an infiltration bid in the North Kashmir region of Nowgam, District Kupwara. For four days the Indian Army relentlessly tracked four terrorists who had infiltrated successfully. They were finally encircled in a forest in Nowgam and killed.

Their guide, Bahador Ali alias Saifiullah, was captured alive. He is also a Pakistani terrorist who had been operating in the valley for some time. Having been captured he is now undergoing sustained interrogation.

It is notable that since the Udhampur terror attack in August last year, five Pakistani terrorists have been apprehended alive. This is the third terrorist to be arrested in the last three months in the Kashmir valley.

The capturing of Saifiullah, and others before him, puts paid to a perception being created by Pakistani propagandists that the security forces in Kashmir killed the terrorist Burhan Wani deliberately.

Capturing Burhan Wani alive would have, in fact, been advantageous for the security forces. Intelligence agencies would have been able to get many valuable inputs from him and his social media campaign would have disintegrated in no time.

Chief Minster Mehbooba Mufti, in a recent statement, has suggested that Burhan Wani may have been given a chance to survive had the forces known that he was among the group of terrorists that they were pursuing.

This may not be an entirely correct assessment of the manner in which security forces function. Security forces do not have any political agenda, and as such, they would not make any distinction between Burhan Wani or any other terrorist.

What is credible and aptly proven, however, is that killing of terrorists in an encounter is not “policy” for the security forces. When a situation presents itself, they do attempt to capture terrorists alive as they have done on many earlier occasions.

The killing or capturing of a terrorist in a counter-terrorist operation depends upon the tactical situation. In most cases the circumstances on ground do not allow capture since the terrorists are armed and they retaliate with force. Killing them emerges as the only viable option.

The abrasive propaganda campaign unleashed by Pakistan post the killing of Burhan Wani was assisted by the many “friends” that it has nurtured within the “free” Indian media and the “assets” it has created within Kashmir for implementation of its policy of spreading divisiveness, dissension and disruption in the region.

This was, by far, the most vicious attempt at spreading of propaganda and increasing the threshold of terrorism that it has made in recent years.  There has been an attempt to give a special flavour to the killing of Burhan Wani where none exists. He was a terrorist who had to be neutralised and has been neutralised. The matter ends here.

It is heartening to note the strong position that the Government of India has taken in support of the security operations, despite the multi-pronged machinations by Pakistan to exploit the socio-political vulnerabilities in Kashmir.

Pakistan’s complicity has been spoken about in a straight forward manner by Lt. Gen. DS Hooda, the Army Commander of the Northern Command of the Indian Army that is responsible for the Jammu and Kashmir region.

In a recent interaction with the media, Lt. Gen. Hooda clearly named Pakistan as a perpetrator of Proxy War in the region and expressed the determination of the Indian Army to neutralise such evil designs.

The statement of the Army Commander was echoed by Union Minister of Information and Broadcasting, Venkaiah Naidu; in a statement issued on the occasion of Kargil Vijay Diwas he openly blamed Pakistan of interference in the internal issues of India, especially so in the state of Jammu and Kashmir. “Proxy War is the state policy of Pakistan. It is abetting, training and funding terrorists,” he said in a strong statement on the subject.

Venkaiah Naidu also put paid to the noises being made by some sections of the Indian intelligentsia and media about the need to adopt a soft approach so far as the engineered cult of secessionism is concerned.  “You cannot sympathise with terror, you cannot look down on armed forces, you can’t run down the army,” Naidu said with reference to the ongoing situation in Kashmir.

There is enough and valid reason for the Government of India to take such a strong stand on the subject. Apart from the infiltration bid mentioned above, security forces have also killed two terrorists in Baramullah in the last few days taking the total to six. There has been a constant stream of infiltration bids and terrorist activity that points towards Pakistan’s continuing involvement in the region.

The most affected by this foreign sponsored unrest and violence is the silent majority of Kashmir that is looking for peace, prosperity and development. The life of these innocent people gets adversely affected due to the disruption caused by a select few with vested interests.

As the Kashmir Valley limps back to normalcy after so much of pain and suffering it becomes necessary to understand the “forces” behind the mayhem that has been engineered and chalk out a comprehensive strategy to meet the challenge posed by such “engineered uprisings.” There is a need to take credible steps in the information domain to counter the propaganda that Pakistan has generated with the assistance of its cronies in the Indian media and its slaves in Kashmir Valley.