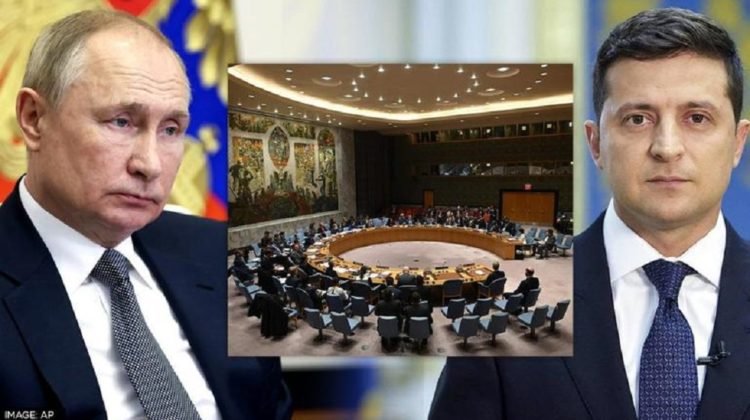 India took a balanced stance at the UN Security Council on 31 January 2022, when the Ukraine Crisis discussion was put to vote. India abstained from voting in UNSC  demonstrating neutral position. That reflects India’s predicament in the current East European standoff. Today, the world is becoming a global village. The conflicts no longer remain localized between two neighbouring nations but have the potential to spin out of control. It’s aptly said-“ It’s easier to start a war but difficult to stop it.”

In 2014, Russia got away with annexation of Crimea. That has bolstered Russia to again try a bigger game plan in Ukraine. Even though, Russia has denied any intention to attack its ex-Soviet neighbour.   But if  Moscow again takes military action against Ukraine, it will significantly complicate India’s foreign policy narrative.  A worsening Russia-Ukraine conflict would also bring India-US and India-Europe contradictions on Russia to the fore. India has been balancing it’s equation with US and Russia quite well but a conflict between two of its allies is likely to hit India adversely. Whosoever wins, India loses a friend.

Russia and Ukraine share a centuries-old political, cultural and linguistic history, and there are innumerable familial links, too. Before the USSR broke apart, Ukraine was second only to Russia politically, economically and culturally. Russians tend to view the Ukrainian capital of Kyiv as the birthplace of their own nation, with many of their famous thinkers and authors hailing from that region. Ukraine was an industrial hub and there was a lot of migration within the USSR. Hence, even now, millions of Russians have family members living in Ukraine, and vice-versa. It’s somewhat similar to Indo-Pak  relationship.

Genesis of present crisis  has  a historical angle with  relevance to present. During the Cold War, the Soviet Union was the dominant power in the Black Sea area. However, after the collapse of the USSR, the dominance of erstwhile USSR slowly faded with most of its  former Soviet states slowly inching closer and closer to the West.  Russia claims itself to be the political heir and successor of the  USSR.   Russia has not liked it’s erstwhile USSR States moving towards NATO and thereby bringing the adversary to the doorsteps of Russia. It would always prefer a neutral Eastern Europe neighbour as a buffer state but geopolitics provides strange combos.  In 2014, Russia flexed its muscles and  seized Crimea, an important port region in Ukraine. It   got away with it albeit with a little noise. Unable to defend Crimea , Ukraine turned to NATO for help against Russian aggression and they were more than willing to help. Russian aggression on its border with Ukraine has again triggered one of the greatest security crisis in Europe since the end of Cold War.

Russia and Ukraine conflict has been created by reasons ranging from culture and language to geopolitics and security concerns. Russia feels that Ukraine is their natural ally due to friendly past and cultural ties. Therefore, Russia  doesn’t like Ukraine to be leaning towards NATO.

Ukrainians, like an estranged relative, feel their sovereignty is threatened by Russia’s claims of a shared identity. The popular sentiment is that Russia is using emotional appeal to justify its geopolitical ambitions. While the languages and cultures do share similarities, they feel that  Moscow is trying to misappropriate the heritage of  Ukraine. They have not forgiven Russia for annexation of Crimea by force.  Present generation dislikes Russia and now they have found an ally in NATO.

The US, EU and key members of the NATO, view Ukraine as a buffer between Russia and the western world. Obviously, they  are keen to keep it out of Moscow’s influence. They fear that if Moscow gets the upper hand in Ukraine, it will expand its hold over the rest of Eastern Europe and get closer to the western side of the continent. 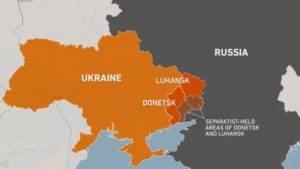 US won the Cold War and has taken its rightful place in the world, whereas the post-Soviet Russia has been essentially unsuccessful to integrate itself as a regional power in the Washington-led post-war liberal international order.  The existing NATO members are keen on making inroads into East Europe and Ukraine is falling into the trap. Russia has strongly opposed this, interpreting it as a ploy by the western powers to challenge Russian influence in its own backyard. In order to show it’s angst, Russia seized and annexed Ukraine’s southern Crimean peninsula.  Another Russian invasion of C would severely dent any near-term prospect of a rapprochement between the West and Russia.

In the last decade, the dynamic world order has changed, making China the principal challenger to American supremacy, rather than Russia. Potential Russian military action against Ukraine and western backlash would mean that Moscow will need Beijing’s diplomatic and military support, even more.

The old world order is on life support.  Washington and Moscow recognize  that India is now an indispensable global ally.   India will officially become the world’s fifth largest economy this year, overtaking Britain.   India will become  an $8.4 trillion economy by 2030, as projected, along with rapidly closing gap between it and china. This  will enable India to play a pivotal role in world diplomacy.   Meanwhile, India’s rapid development of military might with fifth-generation fighters, blue water Navy, hypersonic missiles, battle hardened fourth largest  Army and strong nuclear deterrence will make the country relatively immune to extra-territorial threats.  Both Washington and Beijing also fully understand that.   India and Russia    will inevitably emerge as the new powers in the emerging multipolar world, rubbing shoulders with USA and China.

India is a traditional defender of national sovereignty.  Russian military action in Ukraine would go against respect for territorial integrity and sovereignty that Delhi frequently advocates. It would complicate India’s efforts to maintain a delicate balance between its partnerships with the US, Europe, and Russia. However, its silence will be seen as an endorsement.

Indian Govt had maintained strong ties with USSR, to counter what it saw as recurring US ignorance towards Indian national security interests. After collapse of USSR, Indo-Russian relations also witnessed a new era of warmth. It’s a mutually beneficial relationship. However, this standoff in Eastern Europe could have an undesirable spillover effect for India.

Incidentally, India’s relations with the US started witnessing a rapid improvement during the post cold war period. A Russia-Ukraine crisis could also create problems for India’s move to deepen security and economic ties with European partners. A crisis next door could reduce the NATO’s increased focus on Asia, specifically India. Moreover, in order to stand up to the Russia challenge, European capitals could decide to improve relations with China, rather than act against its hegemonic actions.

Moscow also slowly cultivated closer ties with China, post cold war era and built new coalitions in a bid to   limit the possibilities of excessive American hyper-power.   Russia will not be able to face the might of NATO including USA alone and may naturally lean towards China for diplomatic and military support. Beyond the strategic challenge that a close Sino-Russian partnership poses for India, a Moscow that is more beholden to Beijing would be particularly problematic for India.  If  Beijing will support Russia in the Ukraine standoff/ conflict against West,  it will expect Russia for reciprocal favour when it has a conflict with India at the disputed borders.  It Beijing may ask Russia to stop military hardware supplies to India, which indebted Russia will not be able to refuse.

For the geopolitics of the world, in general and India, in particular,  it makes sense for Russia to remain a node of global power, balancing not just the US, but also, increasingly, China. A weakened Russia with traditional rivalry towards West will be forced, to play second fiddle to  China. For the sake of global stability, it is better that  Russia remains a strong pillar of global power making the world multi-polar,  along with emerging super powers like India.

It is a fervent hope and belief that Russia would recognise that a prolonged confrontation with the US and Europe would not serve its interests. Relying solely on China to secure its geopolitical interests has inherent dangers.  China has often displayed its own hegemonic designs on other countries, very clearly.   India should play an active role to diffuse the tensions, in its own interest and as expected from it, by the world. India should support the cause of a multi-polar world that prevents China occupying the centre   stage.   India’s national interest lies in a multi-polar world, in which India itself would like to be an important pole of global power.  Russia- Ukraine conflict would adversely affect the Indian interests, irrespective of the outcome of war.