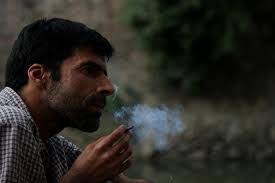 The foreign sponsored violence in Kashmir and the resultant trauma caused, especially to the youth, has largely remained unaddressed. Lack of focused healthcare services and increased proliferation of drugs has exacerbated the problems multi-fold. Drug addiction has been on the rise for last few years and as of date over 2.5 lakh youth form part of addicted or affected population in the Valley. With hardly any mental healthcare facilities or de-addiction centres, Kashmiris have been left to fend for themselves in the face of this debilitating problem.

Latest data of the Srinagar police control room’s (PCR) de-addiction centre paints a grim picture. Out of the entire lot, most drug abusers fall in the age group of 18-35 years. While the numbers affected is very high, the patient flow at the de-addiction centre is alarming too. Last year, 633 were registered at the PCR, which has gone up to 1,978. While 81% were male, there were over 19% females also, suggesting that the number of female drug abusers too is on the rise in the otherwise conservative society. Started in 2008, the PCR’s de-addiction centre has treated 6,693 abusers till date. It is high time to take steps to check this alarming rate of addiction in the Valley.

Youth of Kashmir, faced with the larger issues of lack of education, capability building, unemployment and corrupt practices in the areas related to recruitment for government services, are taking refuge in drugs. The highest number of addicts belongs to the category of youth that was born in 1990s and have seen maximum violence. They are the ones who need opportunities and means to realise their dreams. “Conflict, high unemployment rate, tenuous relationships, peer pressures, family disputes, love breakups and death of loved ones and split families are main reasons behind the addiction,” says a psychologist from the Indian Army who has recently been instrumental in starting a series of drug de-addiction centres by the Indian Army in the Valley.

The PCR’s stress management cell has received more than 567 calls from February 2018 to September 2018. “Suicidal tendencies were evident. Exam-related stress queries also topped among the callers. The PCR is grappling to address the increasing rush of patients. More than 55 patients are in the waiting list this month, “ says a government doctor working on the problem.

Another doctor from a government hospital says “We don’t have enough space to accommodate all the patients. We treat them during the OPD hours.” The doctors consider easy availability of drugs as one big reason for the alarming rise in abusers. Commonly abused drugs are benzodiazepine, sleeping pills, cough syrups and Alprax. “Besides opium, fluid, brown sugar and alcohol addiction is also common among the youth, more than 85% patients recovered through ‘social intervention plan,’ it played a pivotal role in rehabilitation process,” said the government doctor.
The social intervention plan comprised individual sessions, family sessions, identification of stressor in the family, antagonist consent, work rehabilitation, relapse prevention education and pre-discharge counselling. Kashmir University directorate of lifelong learning is planning to initiate a one-month vocational course for rehabilitating drug addicts. This way many will earn livelihood and recover as a fruitful citizen.

Experts are convinced that society must come forward and help the drug addicts to recover; they have to be integrated as normal citizens. A patient’s mother said “Why is the drug problem of this magnitude? Why are the authorities not doing anything about it?”

Several studies carried out on addiction in the Valley reveal a strong correlation between conflict and drug abuse. The studies show that in Kashmir, drugs are not used for recreational purposes but as a coping mechanism to deal with the stresses. Apart from the immediate damage to drug abusers, the medium and long term corrosion to the very fabric of the society by the use of prescription drugs and banned narcotics has been well established in many other places in the world. In a study done at the Government Psychiatric Diseases Hospital (GPDH) in 2002, doctors compared drug trends from 1980-88 and 2002 in patients. The figures not only show a shocking state of affairs, but also indicate how deep-rooted the scourge of addiction is. An alarming increase of over sixty percent was reported in the use of opiate-based preparations (9.5 per cent to 73.61 per cent), and an over twenty five percent increase in multiple substance-abuse (15.8 per cent to 41.6 per cent), from the 1980s to 2002.It is difficult to break the nexus between the chemists, the peddlers and the police, admits a high-ranking police official. As per his estimation, Sopore and South Kashmir are the worst hit in the Valley.

Experts say that the Kashmir situation is quite different from any other part of the world. Here, addicts avoid alcohol due to religious reasons and also because it is traceable (it has a strong smell); injections also leave marks, so they stick to benzodiazepines, codeine phosphate and opiates, which are easily available and can only be traced during the middle and the severe phases of addiction. Unless there are immediate measures taken from all quarters of society, and a long term effort is made to re-integrate this population into the mainstream, youth of Kashmir will pass on this disease to their next generation. After militancy, drug addiction in Kashmir is a new threat for youth.

In order to offset the acute shortage of Drug Rehabilitation Centres in the Valley the Indian Army, under its welfare initiative “Operation Sadbhavna” is opening facilities. Two centres in Srinagar and Baramulla are already functioning and more are in the pipeline. It is high time for the Government to come up certain concrete steps to curb this menace to save future generation of Kashmir. Such a step would also be in tune with the attempts to cut off recruitment of youth into the fold of terrorism which has emerged as a core policy of the government to usher peace in the Kashmir Valley.

(Farooq Wani is Kashmir based senior journalist and political commentator)