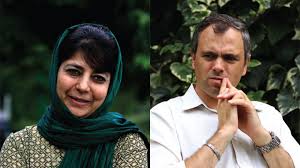 Election fever has overtaken Jammu and Kashmir; the contest is expected to be more competitive than ever. Political parties are, therefore, coming up with tried and tested and also new strategies to woo a discerning voter. Premium in the “tried and tested” segment is bashing of the Armed Forces (Special Powers) Act, 1958 (AFSPA). This has been the mainstay of campaigning by local political parties like the National Conference (NC) and the Peoples Democratic Party (PDP) and of course the separatists.

With the advent of terrorism, many developed nations have modified their laws and made them more stringent to meet the menace of terrorism. Sweeping powers, which would not stand scrutiny of modern human rights principles, have been given by these countries to the Army, the Police and other security forces since they are considered to be the need of the hour.

Pakistan has gone overboard in giving sweeping powers to its Armed Forces. Actions (in Aid of Civil Power) Regulation, 2011 for FATA gives the army the power to detain any person for as long as 120 days and power to imprison any person in tribal areas indefinitely. The army can conduct a trial by military courts and award death or life imprisonment to any one accused of terrorism or collaborating with terrorists. To cap it all, the testimony of any military officer would be deemed sufficient to prove a person’s guilt. Anybody who speaks or is deemed to be going against the Pakistan Army can be killed without recourse to a judicial trial and no questions will be asked.

In the year 2001, post the 26/11 terror attack, the US passed the, “Uniting (and) Strengthening America (by) Providing Appropriate Tools Required (to) Intercept (and) Obstruct Terrorism Act of 2001” commonly known as the PATRIOT Act. The Act gives sweeping powers to the Armed Forces of the country, the Homeland Security and the Police. These include confiscation of property subject to the jurisdiction of the United States, authority to intercept all types of communication and authority to delay execution of a warrant amongst others. In other words, if the State gets even an inkling of a person being involved in terrorism it can act against the person without recourse to the normal process of law as applied in a developed and free society.

The British parliament has enacted the “Prevention of Terrorism Act 2005”. The Act allows the Home Secretary to impose “control orders” on people who are suspected of involvement in terrorism. This power goes against norms of established human rights practices. The bill was “ping-ponged” between both houses but ultimately it was passed in view of the homeland security imperatives of the nation.

It is notable that despite being a victim of a gross form of foreign sponsored terrorism India has refrained from passing such restrictive laws. In fact, India has done away with laws like the Prevention of Terrorism Act (POTA) and Terrorism and Disruptive Activities Act (TADA) on the premise that they go against the fundamental rights as enshrined in the Indian Constitution.

In Kashmir, some parties with vested interests are bending backwards to prove that they have been champions for removal of the Act in the six year term of the outgoing assembly. NC is putting the blame for its inability to get the Act removed on its coalition partner – The Congress and also the BJP. PDP is, naturally, putting the blame on NC.

AFSPA is being termed by these elements as a restrictive, draconian, harsh legislation subjects the people to sever human rights violations. This is a wholly untruthful, biased and prejudiced interpretation of the law and its application on ground. The special powers that are given to the armed forces in special circumstances to deal with internal security are mostly akin to those enjoyed by the Police under the Code of Criminal Procedure and other such legislations.

Local parties maintain a unique silence when the security situation is tense and the need for some additional support of the army is felt as in the case of natural disasters etc. The raising of voices against AFSPA depends on which way the wind is blowing. The present is the “Full Blast On” phase in view of the forthcoming election.

The fact, however, remains that while taking political advantage from the debate the political leadership in the Kashmir valley is terribly scared of the prospect of the Act actually getting revoked and the Army restricting itself guarding of the border only. The leaders are well aware that the state has no means to manage the internal security situation without support of the army.

AFSPA does not give the soldier immunity from law. It merely places the soldier under a different set of laws and process that are equally stringent, if not more, than the Criminal Procedure Code. Take for instance the recent verdict by the General Court Martial (GCM) convened to try soldiers accused of conducting a fake encounter in the in Machil sector of the Kashmir valley in which three civilians were killed. The investigation; charged sheeting and judicial procedure have been completed in less than four years. Had the case been tried in a civil court the matter would have dragged on for decades; justice from the military court is fast and punishment is exemplary.

Enactment and maintenance of stringent security laws is not easy for any country. Yet, most countries are going ahead and enacting these since it is the need of the hour. India is facing very critical challenges with respect to its internal security; more than others it is in need for enabling legislations. Even so, well enshrined democratic credentials are coming in the way of the government in taking hard decisions. This aspect needs to be addressed with utmost seriousness since a soft approach gives leverage to inimical forces to take advantage.