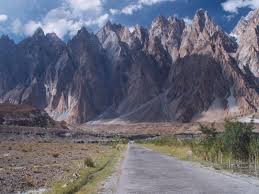 China is poised to build a $ 18 billion economic corridor linking Gawadar Port in Balochistan, Pakistan with Kashghar in Xinjiang, North-West China. The project will involve a railway line, fibre optic link and a petroleum pipeline across the Karakoram. Several industrial projects are proposed along the corridor. It is also proposed to upgrade the Karakoram Highway (KKH) by constructing several tunnels covering a total length of 200 kms.

The governments of Pakistan and China are very excited about the unimaginable economic potential of the deal that they have cemented by signing eight Memorandums’ of Understanding.

Permanent control over this strategic territory accrues many benefits to China. First, access to the Gawadar port and the proposed economic corridor; second, control over a land rich in mineral resources which can be blatantly colonised and plundered; third, India is denied access to the Central Asian Republics that have tremendous energy potential on which China wishes to establish exclusive control; fourth, enough strategic space to threaten India from this direction in the eventuality of a conflict;

Apart from the untold wealth that Pakistani Punjabi’s will accumulate from this project the government of the country is also aware that a huge stake in Gilgit-Baltistan will make the Chinese sensitive about its security and, in turn, limit India’s options for dealing with cross border terrorism. So for Pakistan all that is happening is a win-win situation.

One thing that emerges quite clearly from this development is that Pakistan and China are all set to use Indian occupied territory illegitimately for economic gain. The incursion drama that is being played out on the line of actual control is a ploy to focus attention of the international media towards the dispute and bring about a situation where the control of Pakistan (and China by proxy) on the disputed territories is established.

For reasons best known to the Indian government, Chinese intransigence on the line of actual control is invariably downplayed. In the wake of the recent incursions and kidnap of Indian porters by China the Union Minister of State for External Affairs, Preneet Kaur, has gone on record to state that special representatives of India and China are discussing the issue which will be resolved soon enough. Does the Indian government really believe that the issue can be resolved by the involvement of a few low level representatives? Prime Minister Manmohan Singh wishes to put a lot of trust in the Border Defence Cooperation Agreement that he inked during his recent visit to China. He has reason to be animated since he would like to showcase this as a diplomatic victory in the fag-end of his tenure. There are, however, many who consider this to be a sell out. So, who is trying to befool whom?

Sadly, the Indian media looks at such issues from the perspective of their news value rather than national security. This time round the attention of the media is captivated by the political issues back home. The four state elections followed by the drama that has been played out in government formation in Delhi have kept media so busy that an oft repeated happening on a remote border is of no consequence whatsoever.

The Memorandums’ of Understanding between Pakistan and China may have been signed but there is a huge human catch here that will make their implementation problematic.

Balochistan where the Gawadar port is situated is in the throes of a massive insurgency due to decades of exploitation by the ruling Punjabi elite. The people of the province do not trust anyone, least of all their federal government and the Chinese; they are convinced that the outsiders are bent upon exploiting the potential and the natural resources of their beautiful land and they are ready fight for their right. If ever they come to the negotiating table they will demand more autonomy and royalty which the federal government would be unwilling to provide. Hence a stalemate is in the offing.

The KKH on which billions of dollars are proposed to be spent passes through Gilgit-Baltistan and Pakistan Occupied Kashmir which is not Pakistani territory at all, being under dispute with India. To exploit the area in this manner and to literally transfer some crucial assets to China is a gross violation of international law and conventions by Pakistan. The people of Gilgit-Baltistan are well aware of all this and they are vigorously protesting against rebuilding of KKH; KKH is also under threat from the dreaded Pakistan Taliban. As a result, it remains sealed in some parts all through the year. Construction of a railway line and oil pipeline also face problems in some cases more magnified than the road and its construction. In many case the project would be cost prohibitive. It is these fault lines that India needs to exploit to the hilt to halt the Pakistan-China juggernaut that is looking to literally wash out an ancient civilisations for economic gain.

The need of the hour is to look at the larger picture of the activities of our devious neighbours. It is time to take cognisance of the grand strategy that China is putting in place in Gilgit-Baltistan, Pakistan Occupied Kashmir and other regions of Pakistan to marginalise India. Any delay in addressing the situation would accrue serious security economic and geo-strategic problems for the country. India needs to look beyond the comical exercises of border incursions that take place regularly and give the byte hungry electronic media some good stories. The best way to do so would be to stand up for the legitimate rights of the people of Balochistan, Pakistan Occupied Kashmir and Gilgit-Baltistan as also the undeniable right of the country to get back its territories held forcibly by its neighbours. One would wish that the exalted Indian ministry of external affairs would give as much attention to this very real national threat as it is giving to the Devyani Khobragade case. India needs to protect all of its citizens, not a select few.